In 1941 the United States Army made a plea for entertainment for the troops. The United Service Organizations Inc. or USO Show was started. They provide programs, services, and live entertainment to US troops and their families.

During World War II the USO was a home away from home for many soldiers. Hollywood answered the call for entertainment and USO Camp Shows Inc. started on October 30, 1941. In the United States Hollywood stars made hospital visits and put on shows at military bases. The biggest names of the day came out to support and entertain the troops. 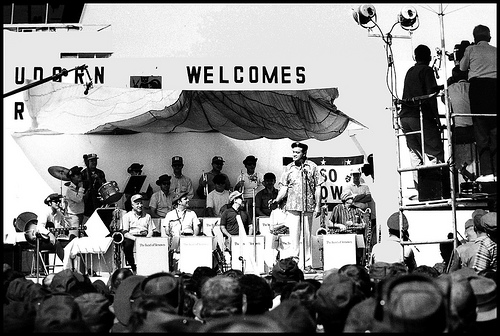 During World War II my grandfather, Ervin Schmidt, was stationed at Fort Knox. He had severe sinusitis and the infection was so bad it required surgery. While he was recovering in the hospital Judy Garland, and her new husband David Rose, stopped by Fort Knox to visit the troops while on their Honeymoon.

My grandpa was a musician. He started performing around age 8 in the local ice cream parlor, and with his brothers for barn dances. He played by ear so he could quickly pick up the music of the time. This and his sense of rhythm kept him entertaining throughout his army career. The highlight was accompanying Judy Garland on his accordion while she visited Fort Knox. The photo below was included on True Hollywood Stories, Judy Garland. 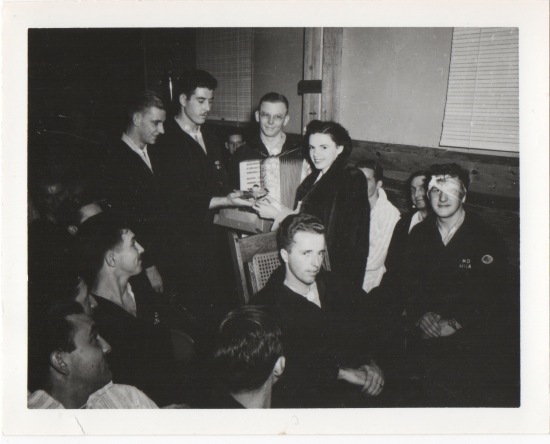 My Grandpa playing for Judy Garland, he is the one holding the accordion.

The tradition of entertaining the troops continues today. Comedians, singers, actor, and actresses go out and entertain the troops giving them a break from the seriousness of the situation they face everyday.

Along with entertaining, the USO helps wounded, disabled, and the families of those who have lost their lives. If you want to help you can make a tax-deductible donation here. 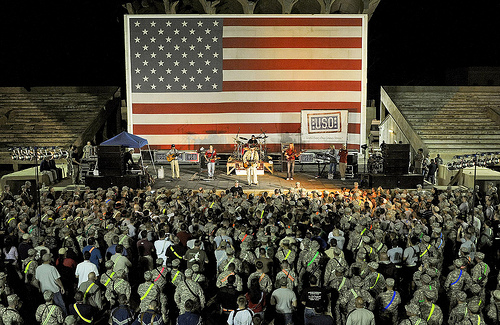