7 Things Only Moms of Only Children Know

When I was a little girl, thinking about my future family, I planned on being famous (of course), marrying a knockout husband, living in a huge mansion and mothering nine children (I was an avid baseball fan, so I wanted enough children to form my own team). Well, in my real life adulthood, the only thing that came true was marrying a knockout husband. We have one little girl, and in raising her, I’ve noticed seven things only moms of only children can know.

1. It’s pretty much impossible not to spoil an only child.

We tried to avoid this one. Honest. Grandparents were given gift limits. Early on, we said she’d only get big gifts for her birthday and Christmas. However, for our only child, those holidays are two weeks apart. Can we really be expected to wait 50 weeks before getting her anything big? Hand-me-down anything isn’t really a thing for an only child (although we do get a ton of clothes from our friends). I give in, she’s going to be spoiled, and it’s our job to make sure she appreciates the value of all this stuff.

Along those same lines, let’s consider objects of play. Moms with athletes, think about how many balls and gloves you have lying around. Well, the only way an only child gets sports equipment is if they come in the form of exclusive gifts. With few exceptions, every new toy coming into the house of an only child belongs to that child alone. I remember holding my breath the first time our child had to share toys in the church nursery. It went off OK, thankfully.

3. No one knows how to entertain oneself better than an only child.

It doesn’t matter how many play dates we plan, or how many extracurricular activities we sign up for, an only child is going to have loads of free time. This summer, our daughter started uttering the “b” word – bored – and, in a stroke of sheer genius, I told her she was going to pay me a dollar every time she used that word. We only heard it two more times, before it disappeared from her vocabulary entirely! Cardboard boxes, pets, dress up clothes, crafts, I don’t care what you do, but find a way to entertain yourself.

4. There’s no one to blame for mishaps around the house.

When a toy gets broken, or a wall gets marked up, whatever destruction occurs, an only child has no one to blame. At three, he can try to blame it on his imaginary friend. Every now and then, a cat or dog might be partially to blame. I suppose it’s possible her friend’s brother did the damage when he visited two weeks ago. More than likely, though, an only child is the only one to blame.

Sometimes it would be helpful if an only child did have someone around to teach them how to get along with others. Fortunately, our daughter only bit a little girl once, and I’m sure it was provoked. Riiiight. When an only child starts preschool, it can be a shock to the system. Why would Timmy take that toy from me and scream “mine?!” Remember, only children grow up thinking all the toys are theirs (see point #2).

6. When an only child plays with others, you can count on one of two things occurring.

Because of all that alone time, play dates become a really big deal. I’ve noticed one of two extreme behaviors from our only child. On the one hand, she is so excited to have a chance to play with her peers, she gets overly hyper. Also read bossy. Also read messy. Only children can turn into uncaged Tasmanian devils when they finally get a chance to play with someone. On the other hand, an only child can quickly become overstimulated (all those hands on my stuff) and you’ll see him break away from the crowd to play independently among the others. They don’t want to leave the party, but it became a little too much for them.

7. An only child is naturally fluent at Adult-ese.

Regardless of what foreign language your only child decides to learn, if he or she learns one at all, you can count on this – from an early age, only children fluently speak Adult-ese. Their vocabulary as a toddler is often off the charts. My husband, in particular, determined he wasn’t going to participate in “baby talk” with our daughter. An only child naturally spends a much higher percentage of time with adults. Combine both of these things, and their fluency comes as no surprise. One things for sure, an only child will have you wrapped around her finger, and have no trouble whatsoever speaking your language.

Traci Rhoades is a writer and Bible teacher. She lives in the Grand Rapids, Michigan area with her family and an ever-changing number of pets. Connect with her online at tracesoffaith.com or @tracesoffaith on twitter. She is the author of "Not All Who Wander (Spiritually) Are Lost."

The Night of Love at First Sight - Our C-Section Story

The Night of Love at First Sight - Our C-Section Story 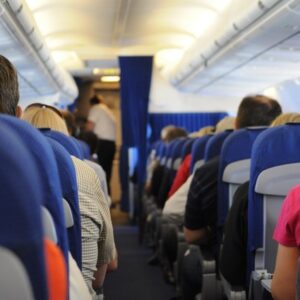 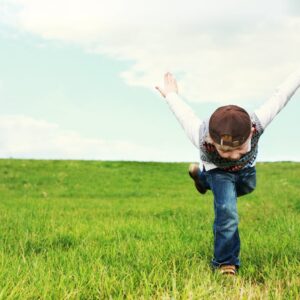 Be a YES Parent 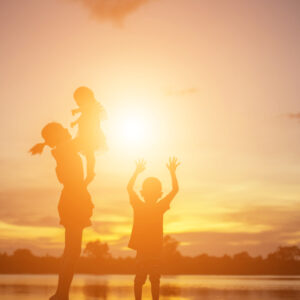 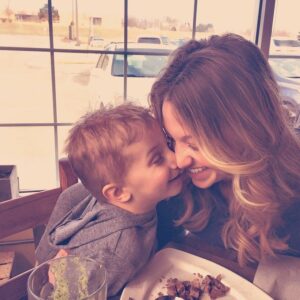 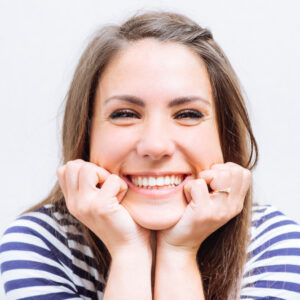 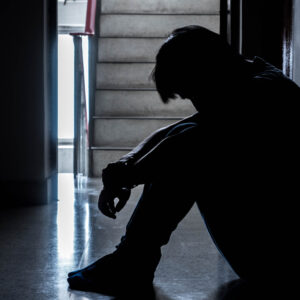 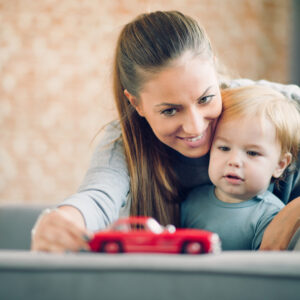 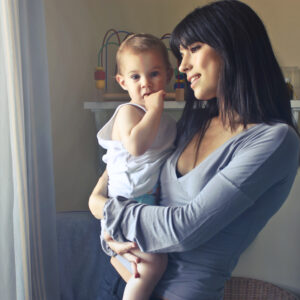