A Plane Crash Killed My Parents – My Faith Keeps Me Alive

My parents died in a plane crash on June 24, 2011. In addition to my parents,  were my two dogs, Ally and Brady, and brother, Austin. My brother and Brady survived and I am forever grateful. As you can imagine, there has been a lot of healing from the afternoon of the crash to today, both physically and emotionally. My emotional healing has been somewhat long and grueling. The fact is, a tornado came through my life and my foundation has been completely destroyed and rebuilding is still in process.

In May 2011, Joplin, MO encountered a catastrophic tornado that is known to be one of the deadliest tornadoes. I’ll never forget watching the effects this tornado left on the news. In fact, it was so devastating it moved other Americans to go and help survivors clean up and rebuild their town, my mom being one. I remember getting pictures sent via text along with stories of people she met, prayed, and cried with while she was there. What was once a news story started to become very personal to me as I watched my mom go from watching a news story to leaving her home to be with and help people in Joplin. Little did I know, I would be facing my own personal tornado involving her absence the next month.

My tornado hit on June 24, 2011 and it brought complete destruction to my foundation. It felt like I was standing among wreckage of all I once loved and found enjoyment in and looking around terrified. I was terrified that my foundation could ever be rebuilt and I would be happy again. I would rather live among wreckage without them then ever feel happy. The beauty about those times is people who love the Lord and love me carried me out of the wreckage, sat me in shelter where I could rest, cry, grieve, and be angry as hell. They started cleaning up the wreckage to make room for God to rebuild my foundation. I thought that everything I knew about God was destroyed in this tornado of death, but the truth is everything I knew about God was being renewed and restored to a right view of God in my parents’ death. In the most terrifying time of life, I am finally learning that God is kind and loving for Maria. 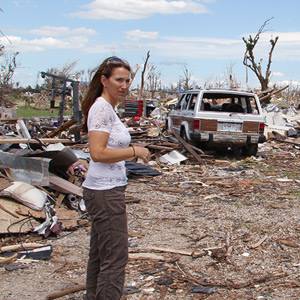 After 5 years, my wreckage is cleaned up, my foundation is firm but my house is still being built. With each new stage of building brings a twinge of grief and pain as I’m reminded of my parents’ absence and the reality that life will never be blissful and carefree. I may not be able to ever life life blissfully and carefree but I’m beginning to wonder if that’s ever how God wants us to live life. This world is temporary and even though carefree isn’t possible, living freely is and I’m learning that’s the best way to live … free!

Psalm 139: 16 “Your eyes saw my unformed body; all the days ordained for me were written in your book before one of them came to be.”

Isaiah 61: 3 “…provide for those who grieve in Zion-to bestow on them a crown of beauty instead of ashes, the oil of joy instead of mourning, and a garment of praise instead of a spirit of despair. They will be called oaks of righteousness, a planting of the LORD for the display of his splendor.”

Ephesians 6:10-12 “…be strong in the Lord and in his mighty power. Put on the full armor of God, so that you can take your stand against the devil’s schemes. For our struggle is not against flesh and blood, but against the rulers, against the authorities, against the power of this dark world and against the spiritual forces of evil in the heavenly realms.”

2 Timothy 1:7 “For the Spirit God gave us does not make us timid, but gives us power, love and self-discipline.” 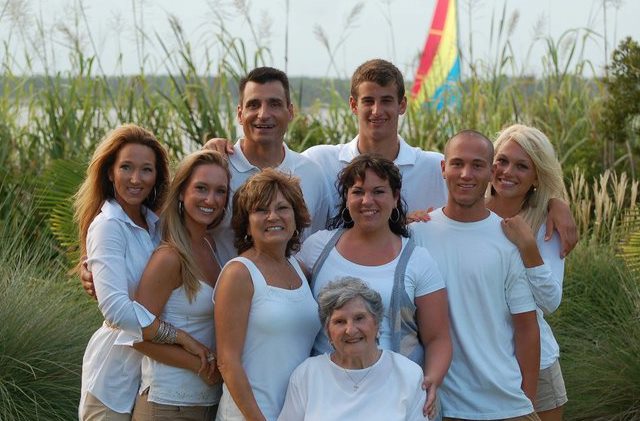 Maria knows profound pain, but she also knows miraculous healing through Jesus. In 2011, her parents were killed in a plane crash that left her brother in critical condition. News outlets reported on this story as they watched her brother miraculously heal from his second plane crash, but what left a nation in awe left her questioning God's goodness. She didn't need to know if God was good, she needed to know it was personal. In addition to being a wife and mom to four, her work is dedicated to the sharing of God's goodness while providing women the tools to discover his character for themselves. You can purchase Maria's book and bible study here: https://www.amazon.com/Maria-Hatch-Bowersock/e/B07SVMTVGL?ref_=dbs_p_pbk_r00_abau_000000