He tells me he needs some fresh air so he is going outside. I watch him cross the street to where neighbor boys are playing. I hear his high-pitched, volume-heavy greeting. I watch as the boys turn from him and start walking toward their house.

He keeps following them, continuing to talk, trying to step in front of them as if to say See me. Notice me.

Instead they keep walking away, saying over their shoulders, “Go home. You can’t play with us. We don’t want you here.”

It’s difficult for him at the swimming pool. It is loud and hot and people are splashing. Groups of kids mill about and he follows them, interrupting their conversations. He talks loudly over them as if to say, Hear me. Listen to me.

Instead they laugh at him, and one boy gets in his face saying, “What, I can’t hear you? Why don’t you talk louder.”

I’m standing in line waiting to rent the stack of movies and video games the boys collected. He is waiting by the door to greet people and tell them the new joke he has learned. The door opens and a mother and son walk in. He welcomes them and quickly launches into his joke seeming to say, Understand me. Appreciate me.

The son hesitates, but the mom doesn’t even look his way and continues in the store as if she didn’t even hear him.

I am monitoring students in the junior high wing of the school when he comes to find me for a good morning hug and kiss. As he rounds the corner and sees the students gathered in the common area he tosses out a happy, sing-songy greeting to all of them. He looks around as if to say, You know me. You know I’m okay.

And so they say, “Hey, good morning Slim. Have a great day. High five, man!” He slaps their outstretched hands to and from giving me a hug and kiss, unaware that he is “supposed to be embarrassed” or act cool.

He is the face of our autism. Our son – who was always a little quirky, a lot different, and all kinds of interesting – wasn’t diagnosed with autism until he was in fourth grade. My mother’s sixth sense kept telling me that something wasn’t quite right; but no doctor, no educator, no therapist could put their finger on it either.

He’s so smart. They would say.

He’s so friendly. They would observe.

He’s so high-functioning. They would note.

But all of that didn’t make it less true.

April is Autism Awareness Month; though last year there was a backlash from people wanting to call it “Autism Acceptance Month.” I admit I jumped on that bandwagon, Yes, accept my child with autism.

But I think it’s impossible to have autism acceptance without continuing autism awareness as well.

As different as all people are, I’ve noticed one underlying theme in their treatment of my son with autism: either they “get it” or they don’t. He has been in school with the same kids since kindergarten, and there are some kids who have always been nice to him. I’m sure there are some kids whom he drives absolutely nuts.

There are strangers he talks to – children as well as adults – who think he’s delightful, and some who think he’s just weird. I realize that this is simply human nature. I also realize that we can’t change the way people think about something without changing the inherent dialog about it.

This is why autism acceptance is so difficult. It’s so easy to continue to be unaware, to look for the traits we think a person is supposed to have, and overlook what about their autism makes them special and unique and so incredibly amazing. 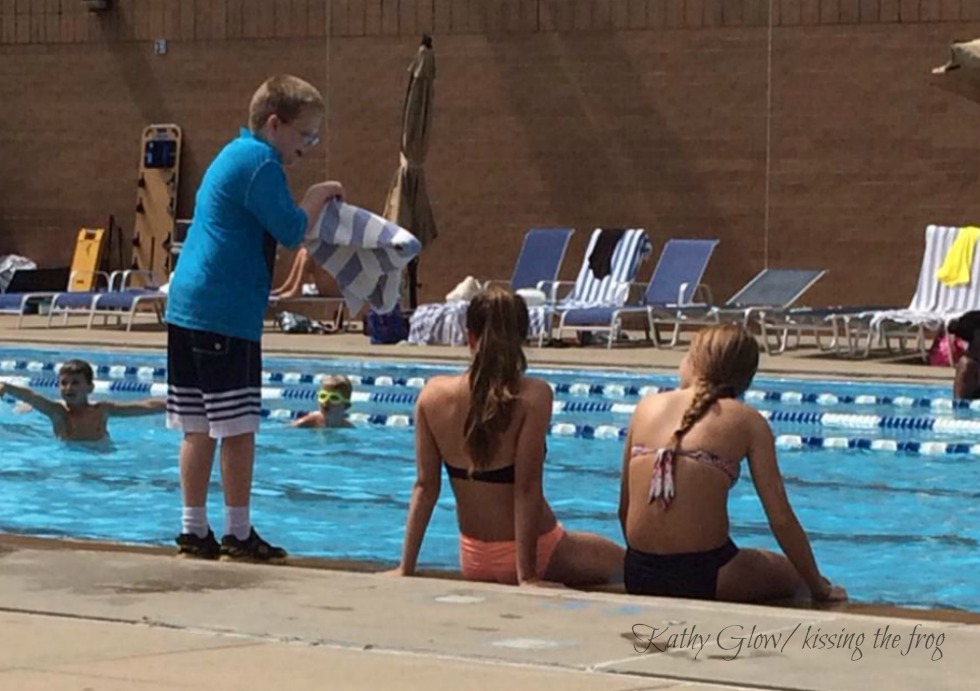