Every person handles grief in their own way. Some people seek therapy, some people get busy with work, and others seek hobbies. One woman took her grief and turned it into a blessing for six families.

Wendy Cruz-Chan suffered what is undoubtedly every mother’s nightmare: a stillbirth. After experiencing that hell though, she decided to take action. Over the course of three months, after her milk came in, she decided to put it to good use, donating more than 2,038 ounces, or roughly 16 gallons, to families in need. To achieve this goal, she pumped every three or four hours, even throughout the night, to achieve her goal.

“I began to pump 3 days after my stillbirth because I was so engorged and the milk was leaking out,” she said. “I discussed with my husband about pumping my milk and donating; he supported me and that’s when I started.”

She added, “I wanted to do something in my son’s remembrance, finding babies who could really use his milk to help them.”

According to a post she made on Facebook, she has begun the weaning process, but is still actively advocating for women who have suffered infant loss.

Cruz-Chan said that she would miss lactating. “I wanted to show that even after a tragic stillbirth, you can turn that into something positive and inspire those around you,” she added.

“Through my grief I evolved and learned to pull myself out of the darkness,” she said in that post. “ I’m so blessed to have so many people, friends, family and most importantly my wonderful husband John and my daughter Ariya supporting me and able to share my journey.”

Her next mission is to get a Cuddle Cot in the New York Methodist Hospital in honor of Killian. A Cuddle Cot is a device that keeps the bodies of stillborn infants cool so they do not decompose so that grieving mothers may stay in the same room as their babies. Cruz-Chan has raised $2,341 of her $3,700 goal to donate one to the hospital, and has plans to donate them to other hospitals.

“The emotional pain of being separated from my baby motivated me to research on Cuddle Cots and what I can do to have them in New York Methodist Hospital, and hopefully other hospitals in NYC,” she said on her YouCaring page. “As stillbirths cannot be prevented, I want to give future stillbirths families the gift of time to be with their baby. Please help us to make this happen by sharing this story and donating. Let’s make a difference and break the silence of stillbirths!” 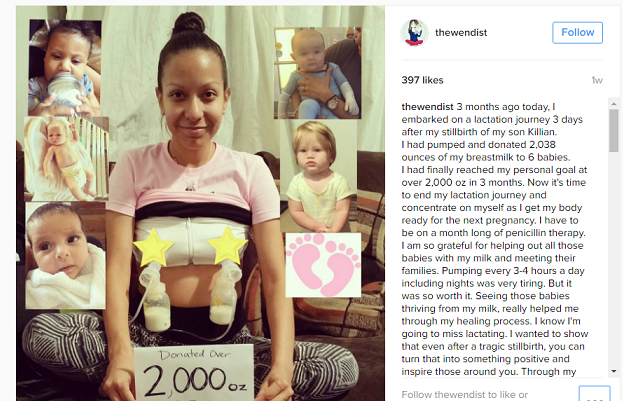