“No, you’re not going,” said my father, the stinging sternness in his voice only supplanted by his sharp, hard stare.

I rolled my exasperated teenage eyes at him.

“But why? All my friends are going. It’s safe! I’ll stay with my friends, I promise. Please, dad,” I begged again.

The argument had just begun, but already, my body was trembling and my throat knotted. This tightness in the pit of my stomach traveled up to my face, flushing it red and wetting my eyes. Anger always made me cry.

But my dad wasn’t going to budge. He rarely did.

And again, I found myself stomping back to my room and closing the door on the unfairness of the world.

I was that kid—the kid who was rarely seen at parties, who never drank or smoked. The girl who would stay out past her curfew, knowing full well she would get in trouble with her parents, but too ashamed to tell her friends she had one. Sure, I had boyfriends, but the negotiations that went into that were of epic proportions.

I failed to see back then that my parents’ overprotectiveness stemmed from their own background and experiences. They were a young couple with a 2-month-old son when the war erupted in my native country of El Salvador back in 1979. Barely out of adolescence, a new baby in their hands, they were thrust into the savagery and atrocities of a war that would last well over a decade.

The war left its terrible blood-encrusted mark on our country, but on our people as well. It left it on my parents, who seldom talk about the war, but its impact on their young minds would forever change who they were and affect the parents they would be.

“There were popping sounds of gunshots outside the hospital walls while I was giving birth to you, alone in a room with just a resident to tend to me. No one at the hospital believed I was due because I had no contractions, and my belly was tiny,” my mom recalls.

That is my birth story. I took my first breath while the sound of gunshots broke the stillness of the night outside the maternity hospital.

Today, my mom tells this story as a funny anecdote with a smile on her face. But that day, my mom was at grandma’s house, miles away from the hospital. She was bleeding. Alone, she embarked on a bus, riding dangerous streets, to make her way to the hospital to give birth to me. My dad, a medical student at the time, couldn’t get to her till the following day. Traveling at night during the civil war was a suicide mission.

Three years later, my mom, by then 26 years old, made a bold decision that would change the course of our lives. Armed with only courage and a plan, she made her way up to Mexico, by land, with her two small children in tow. In Mexico, we took a plane for the first time in our lives, and we landed in our new home: Canada.

My parents were separated, and my mother needed my father’s written consent to take us out of the country. But she found a way around that. She smuggled us into Guatemala.

How she was able to do that during a civil war, I’ll never know. Because she won’t tell.

From those early years in El Salvador, I keep only dim memories. My grandmother’s humble, gray brick house with a dusty backyard. I would chase the brown chickens all the way to the end of the yard where I would encounter my nemesis. The mean, black rooster with a blood-red comb and wattle—he looked like Satan’s rooster, and he would chase me back into the house screaming for dear life. I remember the soft and fluffy, white bunny I smothered with so much love. I then laid his limp body on some covers, thinking he was asleep. Finding the silver lining, my grandma made a rabbit stew the following day.

I remember the sweet smell of the atole de elote—a sugary, warm corn beverage my grandma liked to prepare. And the rich rice coffee I drank every morning with her in bowls made of coconut shells. For a little while at least, the beginning of my childhood was a normal one, innocent and carefree.

That was not to last.

My parents were shocked I remembered hiding under a table with them, seeking refuge from a gunfight. I still recall the cracking sounds the guns made as they were fired and the echoing voices of angry men reverberating through the air. According to my parents, we were eating at a restaurant and a gunfight broke out in the street. All the patrons hid under the tables. I can only imagine the fear my parents must have felt praying a stray bullet would not hit them or me.

Years later, after stomping back into my bedroom angry at my parents and the world, my dad came to make amends.

“People get crazy. Trust me, stay in this weekend. You can go out the next weekend,” I remember him saying.

RELATED: Thank You, Dad, For All You Taught Me

I sighed, not understanding, but I accepted. Still, I thought my dad was overdramatizing things about not letting me go out a weekend before an election in our province.

What I did not know at the time was that he was talking from experience. On February 28, 1977, after a corrupted election, a group of demonstrators gathered in San Salvador, the capital, to protest another military president’s fraudulent election. Armed forces were called to the scene and opened fire on the unarmed crowd, killing demonstrators and bystanders alike. My father was a 19-year-old, pre-med student at the time. “People get crazy,” he said. People get killed, he meant.

Raised by two people who have witnessed a terrible war has been a test of wills and patience, and indirectly, through my parents, that war has left a mark on me, too.

Now, as a mom myself, I find myself being wary of the world. I don’t trust easily, I see the bad in everything, and I believe outside my home lies a hostile and dangerous place. I understand a little more the fear my parents once felt and still do.

But aside from that parental fear of harm coming their way, my children also brought something surprising into this world. They brought a bright light. And every day, they shine a beacon of hope into my dark night.

My dear daughter, I’m sorry to disappoint you, but we are not best friends. I know I have told you this many times before, and you always reciprocate with an eye roll. As a 13-year-old, I know you do not understand, nor do you want to. However, I promise you one day you will. If you look deep within yourself, you will realize you do not want to be. I love you with every ounce of my being, so much that it hurts sometimes. This is the special love a mother has for her child. I love my best friends,...

Dear teenager, I know I give you a hard time for being on your phone so much. I know you are struggling with living in a purgatory between adults who want you to go back to “normal” yet maintain challenging rules. I know you are overwhelmed with academics and service projects and sports. And I keep saying the wrong thing at the wrong time. Trust me, you aren’t a peach, either. I brought the same coat upstairs to your room six times this weekend. I KNOW that spoon always in the sink with peanut butter on it is yours. I’m...

What if Our Mother/Daughter Relationship Can’t Weather the Teenage Years?

The grocery store line edges forward and my daughter and I step in synch to the last of the blue tape circles adhered to the blacktop. The September sun beats down. At the table before the store’s entrance, a yellowjacket flits between a jug of hand sanitizer and a fishbowl filled with clear food-grade gloves. As the bee lifts and zags, my daughter flinches but says nothing, firmly committed to her silent treatment toward me. It’s just one of those days, I try telling myself. It will pass. She is 13, trekking the bridge from childhood to adulthood, and has... 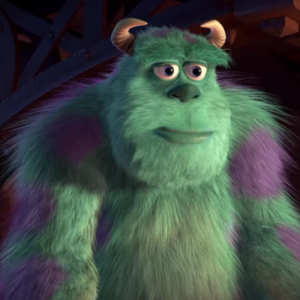 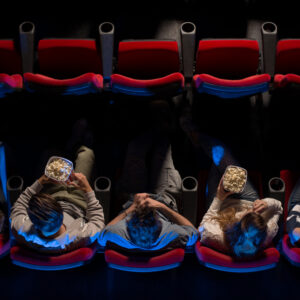 Everyone Liked “A Star is Born”—Except Me

To the Mother-in-Law Whose Love I Doubted, I Get it Now 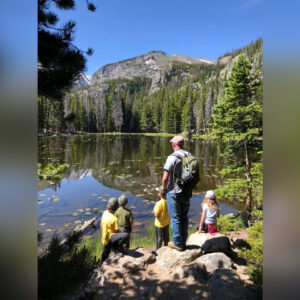 We’re All Doing the Best We Can

I’ll Walk Beside You When Life is Hard, My Friend