I’ve been that mother.

The mother who carries a bag of McDonald’s food as she drags a crying child across the sidelines while running late to soccer practice. The one who forgets to play the role of the tooth fairy, or return the library books, or RSVP to donate napkins for the class party. The one who sends her kid to school in shorts and a t-shirt because it was warm yesterday without once considering that it might be cool today. The one who loses her patience and raises her voice because her children are losing their patience and raising their voices.

I’ve been that mother who pretends she doesn’t hear her children wake up so she can lie in bed for a few extra moments, clinging desperately to grogginess. The mother who says, “I’ll be there in a minute,” when she actually means 10. Maybe 20.

I’ve been that mother whose last nerve has been rubbed raw. The mother who wonders if she actually has more than one nerve to rub, or if she suffers from a nerve shortage and her kids keep aggravating the same one.

I’ve been the mother who’s thought parenting wasn’t supposed to be this way, who’s suspected she’s not cut out for this role.

My kids have been those kids.

The ones crying in Target. The ones yelling in the grocery store. The ones balking at homework at the kitchen table. The ones lying on the floor and angrily kicking their feet against the air in protest. The ones you fear might be feral.

My kids have been those kids who hit their siblings. Those kids who slam the door, who complain, who disobey, who don’t share. Those kids who respond to the instruction “please don’t touch that” with a metaphorical throwing of the gauntlet in the form of one enormously strong will and one tiny extended index finger reaching directly toward whatever’s off limits.

Yes, I’ve been that mother. The one who rubs her daughter’s back and holds her hair away from her face as she throws up in the middle of the night. The one who lays on the floor and plays six successive rounds of Candy Land. The one who’s worn tracks in the hallway carpeting while rocking babies and pages in storybooks from reading aloud.

I’ve been that mother who lets a child spit used chewing gum into her open palm when a trash can isn’t available. The one who slips into bedrooms at night to peek at her children’s sleeping forms one last time in the dim glow of the nightlight. The one answering “Who’s there?” when a voice from the back of the minivan prompts “Knock, knock!” The one who bites her tongue and holds back the anger when she’d rather explode. The one on her knees praying, or on her feet clapping, or at their sides encouraging.

I’ve been that mother who responds, “You can tell me anything. Always.”

Yes, my kids have been those kids. They’ve been those kids who remember to say I’m sorry when they step on the back of my shoe while they’re following too closely behind me. The ones who bring tears to my eyes when they nail their one line in the Christmas pageant. The ones who yank flowers from my landscaping and offer them a gift. The ones who help me find my car keys, remind me that I need to pick up eggs before leaving the grocery store, or spontaneously lavish me with a kiss.

They’ve been those kids who delight and impress and surprise me with how big, how smart, how kind they’re becoming. The ones who cause me to realize that even in the midst of this chaos and daily minutia, my heart overflows with fullness.

We’ve all been that mother. Both of them.

We’ve all had those kids. Both sets.

Let’s give grace to that mother when she’s having one of those days, offering empathy or a word of encouragement that she’ll make it, that she’ll live to parent another day, that it will get better. Let’s give the benefit of the doubt to those kids we can hear in aisle five when we’re in aisle eight.

On those days, let’s remember that this parental narrative we’re writing isn’t one-sided. We’re not just that mother. Our kids aren’t just those kids.

Robin Kramer is a wife, mom of three, college professor, author, speaker, and DIY enthusiast who's yet to be discovered by HGTV, but hosts a mighty fine imaginary renovation show from her garage. Her blog, aptly named Robin Kramer Writes, focuses on humor, faith, parenting, and daily life. Check out more at Robin Kramer Writes and follow along on Facebook. 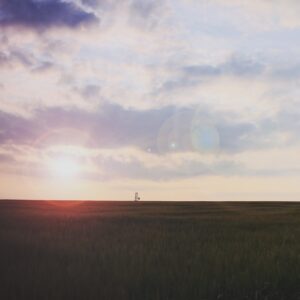 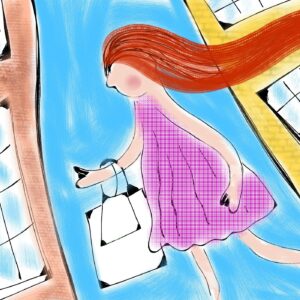 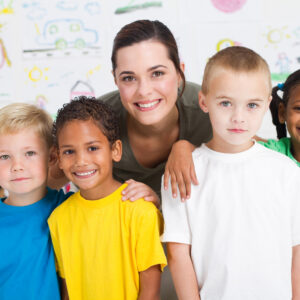 A Teacher’s Gratitude: Thank You For Sharing Your Children With Me 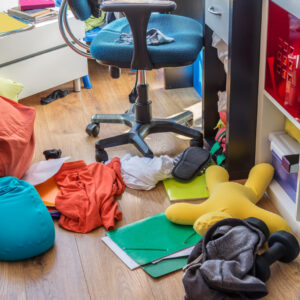 My Kid is Messy (and That’s Fine by Me) 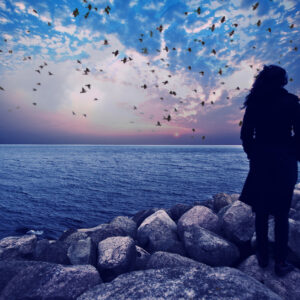 The “In a Minute” Mom 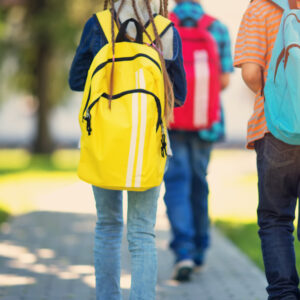 She Walks Into School Each Morning as I Hold My Breath 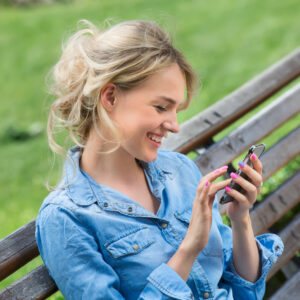