It only takes one moment. Maybe it’s the sound of an alarm or the smell of hospital soap. All it takes is one moment to trigger a flood of memories, no matter how many years have passed. For 116 days, my family called the neonatal intensive care unit “home.” At 22 weeks gestation, my triplets arrived, their eyes fused shut and their skin transparent. At one pound each, they were fragile and barely alive. Within two months, two of our triplets passed away. As we mourned the unimaginable loss of two children, we found strength and hope in our survivor, in a place where miracles happen every single day. The NICU is uncharted territory for most parents. As I look back at our life-altering experience, here are five things I wish I knew when I became a NICU mom.

There Will Be Good Days And Bad Days

The saying in the NICU goes, “One step forward, two steps back.” In the early days, I found myself filled with hope. But, that optimism was met with sadness each time my child took a turn for the worse. I quickly learned the NICU brings out a roller coaster of emotions. Even though the setbacks stand out, the good days far outweigh the bad. I learned to celebrate the milestones, as small as they may be.

There Are Some Things You Can’t Control

Trust your instinct, but also trust your doctors and nurses. As first time parents, we didn’t know what to expect. Our NICU journey was our first experience with a baby and we were clueless. The best thing I did? I refused to Google every medical term. Modern medicine is amazing, and it’s because of those medical advancements that my one-pound, fragile baby is here today. It’s so difficult sitting at your baby’s bedside feeling helpless, but I soon realized that the staff were doing everything they could to save her life. As the doctors made rounds, I asked questions. After four months, I felt like I was a walking medical textbook!

It’s OK To Cry And Grieve

During our four-month NICU journey, I tried to stay strong. But to be honest, I was in a daze. After losing two of our triplets, my heart was broken and I had little hope left. As I tried to remain strong for our survivor, I found myself wallowing in what could have been. As a preemie parent, I didn’t experience that happy pregnancy. I didn’t get the picture perfect moment of holding my baby after birth. Instead, my children were whisked away in an isolette, leaving me with empty arms and an aching heart. During our stay, I would watch other babies’ come and go. Jealousy would bubble over as I watched happy parents take their child home. That doesn’t make me a bad person. It’s OK to be sad. It’s OK to cry. It’s OK to grieve over what could have been. The tears are not a sign of weakness; it shows that you are human and that you love whole-heartedly. 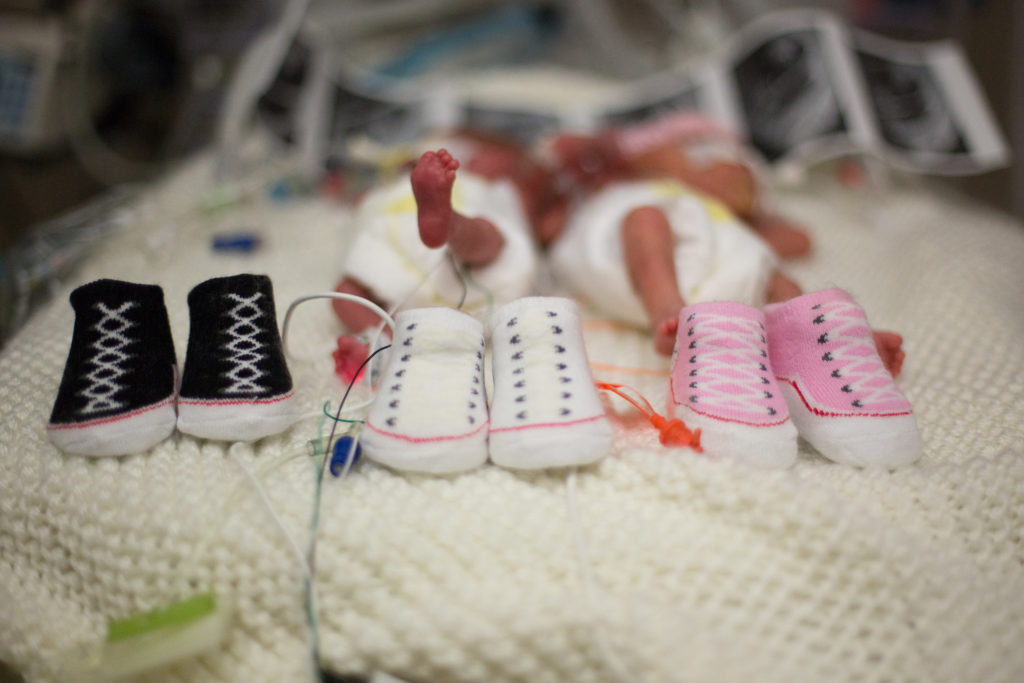 Don’t Forget To Take Time For Yourself

As a NICU parent, one of the most difficult moments each day is when you have to say goodbye to your baby. It’s not natural. As a mother, our job is to nurture, to feed and to care for our baby. But, each night we leave, allowing a medical team to care for our sick infant. As much as you’d like to stay at the bedside 24 hours a day, you need to find time for yourself. Don’t let the guilt overcome you. Once I began caring for myself, I found that I was a better mom. You need sleep. You need to eat. And you need to allow yourself some moments of peace. For me, that meant reading a book, catching up with friends over lunch, or making new friends with other NICU moms.

The NICU Will Change You In Ways You Never Imagined

It doesn’t matter whether you spend one day or one hundred; the NICU has a profound impact on your life. As you leave the hospital that final day with your NICU grad in tow, you are a changed person. Over the course of our stay, I learned the importance of being patient and knowing that slow and steady wins the race. I found that I was stronger than I ever thought possible and I learned to appreciate every moment, knowing how fragile life can be. And as I watched my miracle survivor overcome mounting obstacles, I felt a deep sense of pride. She may be tiny, but she’s the strongest fighter I’ve ever met, and four years later, I realize how blessed I am to be a parent of a NICU baby.

Read This Next: Confessions of a NICU Mum