I’ll admit it: I was totally naive about what it would be like to have a child in school. To be completely honest, I thought it would be so easy. She would go to school all day, learn amazing things, come home exhausted and happy, eat, and fall into bed.

Now that spring is knocking at the door, we are almost to the home stretch of our first year as a family with a school-age child. Here are just a few of the ways having a kindergartener was way harder than I thought it would be:

There is a lot of stuff to remember.

A LOT. That little purple folder comes home every day in her backpack stuffed with reminders. Book fair. Lunch money. Parent-teacher conferences. Fundraisers. Pizza night. Halloween costumes. Report cards. Box tops for education. Her nap towel needs to be washed. She forgot her lunch box. She can’t play in the snow unless she has snow boots and they have to be labeled with her name.

Oh and, though it may seem obvious, don’t forget to PICK HER UP at 3:20 EVERY DAY. Because inevitably you will be in the middle of doing something and the baby will have just fallen asleep and suddenly it will be time to leave. So set your alarm for 3:00 every day so you’re prepared. Except for Wednesdays when they get out at 2:30. And when they get out early for breaks. And when they don’t have school, which happens about once a month. Does this sound like a lot to you? Because it does to me.

There is still a lot to teach a young child.

She learns a lot in school with her kindergarten teacher. But that doesn’t mean she stops learning at home. She comes home with popcorn words and read-at-home books and library books and math papers. Oh, and it’s about time she finally mastered tying her shoes and riding a bike with no training wheels, and it would probably be good for her to start having a chore chart around the house which will lead to learning about managing allowance. My point is even though she has an official teacher, parents are still the biggest teacher in a child’s life. We aren’t off the hook when they go to school. We just learn how to do more work in less time.

My little human now shares space with 24 other little humans all day. And that’s just in her own classroom, not to mention the dynamics on the playground or the lunch room. She spent enough time in daycare and preschool for this not to be a completely overwhelming transition, but still, it’s a big shift. And with that many other kindergarteners, things are bound to get a little complicated sometimes.

So-and-so doesn’t want to be my friend anymore. Such-and-such pushed someone else on the playground. So-and-so can read better than me. Not only is it hard to keep up with all the stuff that goes on during her day, but we also have to spend time talking through all the complicated stuff and hope that it makes her more resilient to the bigger stuff in the future.

She still needs my attention.

In fact, she almost needs more of it than before. There’s more to deal with during the day and sometimes she just needs to come home and be somebody’s little girl rather than having to act her age all the time. I get it.

The fact is, I went from having her around all the time, knowing what she was up to every day, to missing out on a big part of her day. I can’t always know what’s going on or be there to hold her when she needs her mom. It’s weird to think of so many other people impacting the person she is becoming when I’m not there to be a part of it. There are days when I wish I would have kept her home another year—even though I know she was ready—just because I selfishly miss her. A lot.

RELATED: Kindergarten is the Start of Letting You Go

Her independence is the point.

This is my reluctant mom pout. It’s not pretty but it is what it is. As a parent, our job is tricky because the goal is to teach them not to need us anymore. On one hand, I miss her all day and a little part of me loves that she still needs to crawl in my lap when she gets home. I love that a hug in the morning from me can still turn her day around. I love that she misses me too.

But on the other hand, I know if I do my job well, those moments will become fewer and further apart as time goes on. I’m so proud of her for how much she has grown this year and the confident student she has become. She can jump out of the car and head into school without needing me to walk her up to the door. She is trying new things and navigating ever-changing kindergarten friendships, and she’s growing and learning every day. And that’s the point.

And as hard as it feels to support her from this new distance, that makes it all worth it.

Once You Start Kindergarten, You’ll Be a Little Less Mine

I remember the very first time I laid eyes on you.  The road ahead felt so daunting as I lay exhausted in that hospital bed. Could I really do this? Was I ready to be your mama? But then the nurse placed you in my arms, and everything else disappeared. I can still feel all 7 pounds, 11 ounces of you. I can smell your freshly shampooed hair and hear your soft baby coos. All of it is etched right there in my memory. A mama’s heart never forgets those details, you know. The early days were slow, and even though they challenged...

Dear Kindergartener, I Already Miss You

You were so excited tonight that I wondered if you would ever settle down enough to fall asleep. As you laid out your new outfit and triple-checked your backpack, you wondered aloud what tomorrow would bring.  Will I make a new friend? Will I be brave enough to reach the top of the climbing wall at recess?  Will they give me a snack, or should I bring my own just in case? Will my teacher remember my name? “I think I’ll be a little nervous, Mom, but I’ll be fine,” you assured me. Somehow you always know the worries on...

This isn’t how I thought it was going to be, this starting school thing.  When I packed your backpack and helped you lay out your clothes the night before your first day, I imagined you thriving on your new adventure.  I naively thought the first day was going to be the hard part–that there would be some tears from both of us as we stepped into this new chapter, but soon the newness would wear off and we would fall seamlessly into this new routine.  I thought you’d love kindergarten.  I thought I’d love a little more freedom in my... 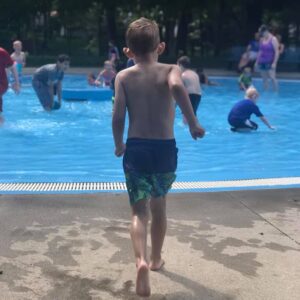 Maybe He Won’t Change the World—But He Could

My Baby Has Colic and it’s Exhausting 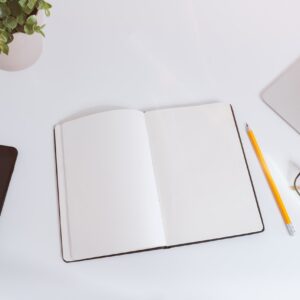 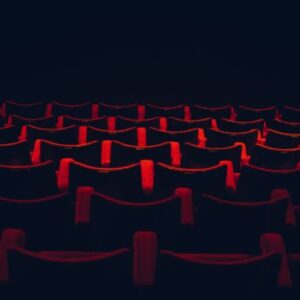 To the Mom of Teens: One Day They’ll Come Back To You 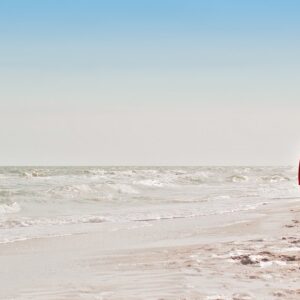