Each school night, somewhere between 8:30 and 9 pm, my three teenagers begrudgingly leave their phones on what I lovingly refer to as my containment counter.

I wish I could say they go to bed after this transition of power, but it’s usually not the case. Someone often has to finish studying for a test or put together their practice bag for the next day or make a poster.

But, these “smart” phones—they stay on the counter until the next morning. And I often hover nearby to make sure no one is tempted to run off with one.

Sure, I’ll let them check an email from a teacher or text a friend about a ride, but for the most part, the scrolling part of their day is finito.

And I could use an app or the screen monitoring function on their iPhones, but I like that they have to detach from the tentacles of their devices.

Because there’s one thing I won’t negotiate about in my house, one thing I’ve learned that impacts my kids’ moods the most, one thing that changes the entire dynamic of my relationship with my kids, and it comes down to five little letters: SLEEP.

The research is clear: when teenagers have screens in their bedrooms, it interferes with their slumber. End of story. A study in the Journal of the American Medical Association (JAMA) found that children ages six to 18 had an 88 percent higher risk of not sleeping enough when devices were in the bedroom and a 53 percent higher risk of getting a bad night’s sleep—and that’s when devices were in the bedroom just three nights a week.

Most nights, after my kids plug their phones in and head upstairs to get ready for bed, I see the notifications flying on their phones. Messages coming in through Instagram and emails and texts. They come in fast and furious from 9 p.m. until I head upstairs to bed. I’ve seen them as late as 11:30 p.m. and as early as 5 a.m. There is no way my daughters would be able to ignore that—even in sleep mode.

Sometimes I wonder, am I babying my kids too much? Should I let them regulate their phone usage? Am I the only one who sees this as a problem?

But then, I think about how busy my girls are right now with academics and sports and social outings, how we are constantly trying to deal with feelings of anxiety and stress, and how we are trying to keep their overflowing emotions in check. With that in mind, my decisions are much simpler, my resolve stronger.

I recall that when my teens are pushed to their limits and don’t get enough sleep, my normally even-keeled kids lash out at me, complain more, and have less patience for everything in their life.

I also know that checking social media right before you go to sleep is unhealthy, and I hear the stories of kids waking up throughout the night to monitor the likes on a post, Snap back or just see what they missed.

As a mom of teenagers, I’ve accepted that social media is the new mall, and it’s their place to try on identities and figure out who they want to be in this world.

And I know it’s not all bad. Sometimes it promotes healthy behavior, like activism or interests, and sometimes it can be negative, like producing anxiety because they feel left out or in a constant state of FOMO.

So, I let my kids participate in the New World Order.

After that, we’re closed and, when possible, getting a few extra zzzs.

Two days before my first child left for college, I swallowed tears passing the chocolate milk in the grocery store. I did not need to buy it. Every time I saw someone that summer, they would ask, “Are you ready”? Is he ready?” And the answers were always no and yes. I did not want to let go. I wanted to relive and hold on (one more Cubs game, one more of your favorite dinners) and teach any last-minute things I had forgotten over 18 years (laundry sorting? self-check-in at O’Hare?). But those were the small things. In my heart,...

Dear granddaughter on prom night, I know, I know, I’m just your grandma, not your mother, but here’s the thing, I see her when I see you in that beautiful gown. I open and reopen the picture on my phone and stare at the happy couple smiling back at me. You are stunning. He is handsome. And just who is he anyway? I came across the picture of your mom all dressed up just this week. She was standing with some guy from years ago before the big date, all fancied up and looking ready for the ball. I can’t...

I have been struggling lately. You see, my firstborn is suddenly a teenager. I knew it was going to happen, but I never saw it coming. It feels like he went to bed one night as a little boy and emerged as a young man—complete with a deep voice, hairy legs, and hormones. He is blossoming in the most incredible way, but I am sad. It feels like I missed it even though I know I was there for it. And now I will never get it back. Time is funny like that. Life is busy and our family is...

There’s a pivotal point in our lives as mothers when we realize we are no longer living for our children, but instead, we are living life alongside and with them. It comes without warning, and more often than not, catches us by surprise after we find ourselves gazing in the rearview mirror, having already merged into this new lane of motherhood. No longer are our days consumed with being a 24/7 source of entertainment and provider of life-sustaining needs. Rather, we enjoy movies together that don’t require cartoon characters to keep attention, transitioning instead to discussions of current events and...

About 10 years ago, I made a life-altering decision to divorce my husband and move to another state. Being a single mom to four boys under the age of nine was not how I envisioned my future. Fear filled my days and tears filled many nights as I navigated our new paths with a brave face, hoping I was not going to ruin the lives of these little humans I had been entrusted with. I tried to fill our home with the familiar to keep a semblance of normalcy but there were obvious changes that could not be ignored. Then...

Middle school can be tough at times. Your body is changing and everything is awkward. You have lots of new freedom too. Freedom you’ve never experienced and will definitely enjoy. But, don’t get too carried away with it or take advantage of it. These are the beautiful years when you really start to learn and figure out who you are. The best part is—it’s all up to you. You get to choose who you want to be in this world. It’s also up to you to not allow bad influences to change the good girl you are. RELATED: 7 Things...

My son isn’t going to college. At least that’s not the plan for now. You see, college is pushed on kids from a very early age. We have kids picking out their dream college before they even make it to middle school. The pressure to perform at an elite academic and athletic level is extreme, and usually all for the sake of not only getting into the school of their choice, but to pay for the school of their choice. Being the cream of the crop is what lands you scholarships, which eases the financial burden on your family. In...

My Kids Are Older Now, But I’m Still Tired

I just knew once my kids were older I’d have all sorts of time. I’d read books and watch shows uninterrupted. And have huge amounts of time to just write. I’d be way more rested because they would all sleep through the night. And they would be able to talk through their troubles which would be so much less stressful than trying to figure out why a baby was crying. RELATED: Parenting Older Kids Can Be Lonely They wouldn’t need an hour-long tuck-in and could bathe their own bodies and basically, my nights would just be my own. They’d be...

I get it. They are older now. Some of them drive themselves to practices, even. They are coming and going and you wonder, Does it matter if I catch that game? Do I need to be as present as I once was? They don’t seem to care. I’ve had those thoughts, too. My kids are pretty self-sufficient and the kid in this picture could run a small country, I’m quite sure. I think I’ve had seasons where I’ve moved more to the background as I let them figure things out. RELATED: Moms of Older Kids, We Need You However, today...

Dear Grieving Mama, He Sees You

Dear Grieving Mama, He Sees You

Dear Teen As I Let You Go 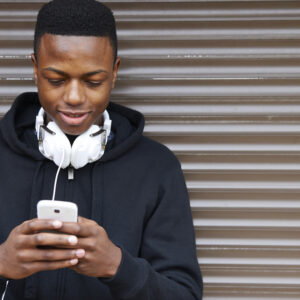 “But Mom, Everyone Else is Watching Squid Game!” Why Parents Should Beware.

Recharging is Good For My Mama Soul 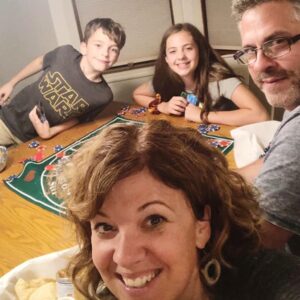 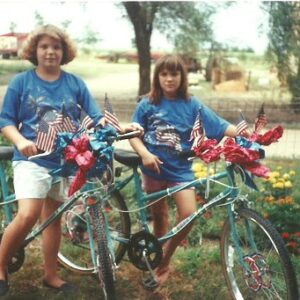 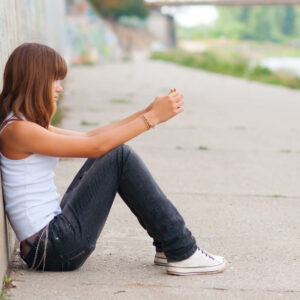 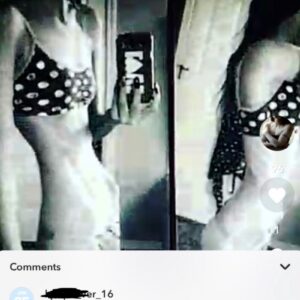