In a World Without Kobe, Sports Feels Forever Changed

A sports legend has left us. Kobe Bryant’s tragic death at the age of 41 has left a gaping hole in the hearts of basketball fans everywhere. It’s astonishing. I didn’t personally know Kobe, but my respect for him runs deep. Much like Kobe, I love the game of basketball. I started playing at an early age. I watched my older cousins and my older brother play in state championship games. We were a basketball family. I could often be found dunking Nerf basketballs in my room or shooting hoops in the driveway while snow and wind pelted me in the face.

I watched Kobe enter the league as a wiry 18-year-old. I was only 14, but I could see that he was different. His tenacity, his drive, his style…it was a joy to watch. I grew up watching him play. He represents an era of basketball that was very special to me.

Related: All Sports Parents Should Read This Patrick Mahomes Letter With Their Kids

Coming out of college I had a dream to work in the NBA. Never having the skills to be on the court, I still wanted to be close to the game. I lived my dream during a stretch in the mid 2000s when I worked for the NBA’s Houston Rockets. That’s where I watched Kobe play live – including during the 2006 All-Star game. It was incredible.

I watched TV coverage as he celebrated five NBA Championships, won multiple MVPs, scored 81 points in a single game, and I marveled during his last NBA game when he posted 60 points in a farewell win over the Utah Jazz. What an iconic way to finish an iconic career.

Like I said…I love the game of basketball. Kobe loved it and lived it. After retiring, he even won an Oscar Award for writing a short film titled “Dear Basketball”. What he wrote helped describe what many of us basketball junkies feel.

I played through the sweat and hurt Not because challenge called me But because YOU called me. I did everything for YOU Because that’s what you do When someone makes you feel as Alive as you’ve made me feel.

That’s Kobe talking to the game of basketball. But now, that’s the way fans feel about Kobe. Watching him play made us feel alive. When he retired, we lost a little bit of that feeling. And now that he’s gone those emotions are stirred back up.

Kobe was known for his burning desire to be better every day. Yes, he made mistakes. We all do. But he didn’t let his mistakes define him. Rather, he kept trying to be better. A better husband, a better player, a better father. In his days after retiring from the game, he spent a lot of time coaching his daughters. He could be seen courtside at NBA games, alongside his daughters, sharing his “Mamba Mentality” and love of the game with them.

He had become a fierce supporter of women’s basketball. Because of that, I had yet another reason to respect Kobe. I have daughters too. And I’m now sharing my love of the game with them. I’m filled with pride to see them learn and play the game.

It lives on. Rest in peace, Mamba.

Pausing to remember a great one, gone too soon. pic.twitter.com/YOAIkldiX4

I’ll admit, there aren’t many sounds that could rouse me from a dead sleep or pull me away from a heated game of Call of Duty: Modern Warfare, but the theme song for ESPN’s Monday Night Football is definitely one of them. Apparently I’m not the only one. A hilarious trend going around TikTok features women pranking their partners by playing the opening chords of the iconic theme song and filming the reactions. Then someone had the genius idea of compiling the clips into one longer, extra funny video montage. The caption in one of the clips reads, “They say...

Man, sports in 2020 just got even weirder. I’m honestly not much of a tennis fan, but even I couldn’t resist clicking on a late-night headline that popped up on my phone yesterday that top-ranked Serbian tennis player Novak Djokovic had been defaulted from the US Open for hitting a line judge in the throat with a ball. At first glance I was appalled. In my head, I envisioned the irate star slamming the tennis ball at a ref who had made a call he disagreed with. I understand these tournaments are always high-stakes games, but when frustration devolves into...

I had an opportunity recently to watch my dad do one of his favorite things—coach youth girls’ softball. He’s 62 years old, mostly retired, but is jumping back on that ball diamond to raise another generation of softball players. Almost two decades ago he hung up his youth coaching hat after 15 years of coaching two youth girls’ softball teams. He, like so many other youth coaches, volunteered his time year after year to not only a game he came to love, but to teams and kids he came to love. More often than not, youth coaches dedicate their time... 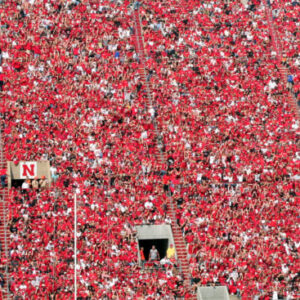 For Me, Football Means Home

Your Kids Are Not Responsible For Your Happiness