2003 was to be my very first Mother’s Day. If I would have had my way, it would have happened a lot sooner than that. But as is typical in marriage, I had to compromise. I wanted to start trying right away; Hubby wanted to wait a year.

We settled on six months.

But six months turned into a year, plus more. I just assumed I’d have no problem getting pregnant despite the fact that I was 31, then 32, and had been on a birth control pill for seven years. After officially trying for five months, my doctor put me on Clomid, a common fertility drug. It yielded nothing more than a negative pregnancy test and a month’s worth of crying.

The second month I took the Clomid, the pregnancy test was negative again . . .or so I thought. I stuffed the test into my suitcase to dispose of later, not wanting anyone we were staying with on vacation to know that we’d been trying.

When I pulled it out to show Hubby, we both saw it: two very faint pink lines. We told my parents right away, but no one else. My due date was Mother’s Day. We were elated.

Two weeks later, after a long day at work, I found pink blood in my underwear. Not wanting to panic and be THAT first-time mom, I pressed on about my days teaching and running errands rather than resting.

Two days later, I thought I was going to die. I woke up to the worst cramps I have ever had in my life. I lost the baby that I was just forming dreams about, and I cried for four days.

I told no one about my miscarriage. I felt broken, ashamed, defective.

I had wanted to be a mom for as long as I could remember. I felt I was already a mom in my mind and in my heart. I didn’t understand why I couldn’t be a mother in life.

Months went on and still no baby. I watched one of my best friends get “accidentally” pregnant and have the baby all while I was still trying, hoping, and buying pregnancy tests in bulk. A year and a half went by and still no baby in my arms.

At the time, I had a job with the Omaha Public school district mentoring teachers in my former school building. Every time I went back, my friends and former co-workers would ask me when we were going to have children. They would say things like, “We thought you’d have lots of children by now” and “You better hurry up and start having babies if you want to keep up with your husband’s family.” His was a family full of children, a family full of mothers.

I wasn’t sure what hurt worse – not being able to get pregnant, hearing the things people would say to me, or feeling ashamed that I couldn’t do something so simple, so natural.

The day that I visited my friend and her new baby in the hospital was the day I went to the fertility doctor for the first time. It felt a little bit like trying out for freshman basketball in high school again. I didn’t make the JV team, nor did I make the freshman “A” team. The coach of the “B” team said to all of us rejects, “You didn’t make JV and you didn’t make the “A” team. Let’s see who wants the starter position on the “B” team badly enough!” I remember feeling broken, but pissed off. I was stubborn and determined that I was going to get that starter spot because I knew that I could play basketball. I wanted to be the best of the worst even though I hated the thought.

I was a reject in the world of mothers, too, but I was stubborn and determined to build my family. I endured five months of invasive tests, needle pricks, blood draws, shots in the ass, and bags of cold peas on my butt. Ultrasounds and pregnancy tests showed nothing. That Mother’s Day – and my once expected due date – came and went, and my heart broke even more.

I cried every time I saw a story of child abuse on the news. “Give me the baby!” I’d yell at the t.v. I cringed every time someone complained about their children. “I’ll take them,” I’d mutter under my breath. I knew I was a mom – if I could just get the job!

Two weeks after my “first” Mother’s Day, I did get the job. My journey was over – I was finally going to become the mother in my arms that I knew I had been in my heart all along – to not one child, but two! 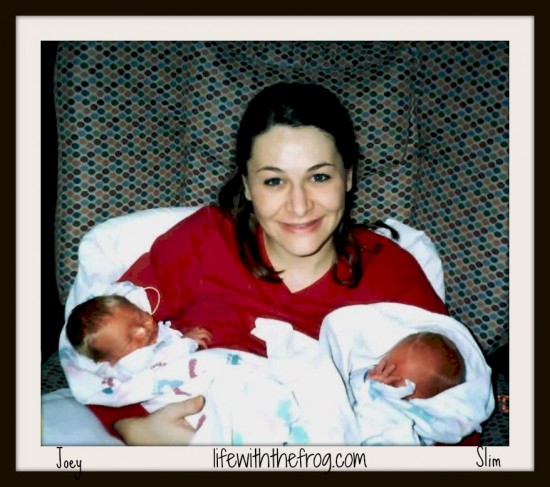 A year later, when Hubby and I were packing up our house to move across the country to Long Island, we each held a baby in our arms as we cleaned out our refrigerator. I pulled a bag of peas out of the freezer bearing the distinct shape of my hind end.

Hubby asked, “Are we going to keep the butt peas?”

I smiled as I tossed them in the garbage, “Nope, don’t need them anymore.”

In the past ten years, I’ve been a mom in my heart two other times to babies who didn’t make it to my arms. I’ve lost a son to cancer, so in my heart he’ll stay.

I’ve learned so much about motherhood on my journey to get there. Each woman has her own unique story of becoming a mother, and what I came to know was that mine wasn’t so different than a lot of women’s. Every woman, no matter if she is the mother to one or to many, to none or to special ones, one who is here or in heaven, faces the unique challenges of motherhood, and none of us should feel ashamed by any part of our journey. 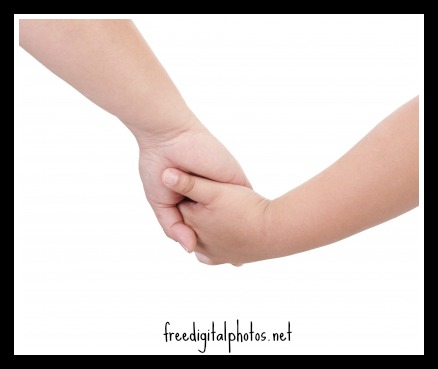 I dedicate my post to all the different kinds of moms – accidental ones, intentional ones, long suffering ones, wishful ones, stand-in ones, surrogate ones, adoptive ones, still-trying ones. You are all loved and cherished, necessary and needed – today and every day.