Miscarriages are cruel. They steal your hopes and dash your dreams. They silence you with shame and regret. They make you feel unworthy of the gift of motherhood that comes so freely to others. They make you second-guess every decision and fill future pregnancies with dread. They are unkind and unpredictable. And they lie.

The lies my miscarriages told me were silent and woven deep into my feelings about motherhood and my own worth. I wouldn’t have been able to articulate them at the time, but they came to color my perceptions of the world around me. Maybe miscarriages have lied to you, too.

“You are not woman enough.”  My miscarriages told me there was something fundamentally wrong with my body and therefore, my femininity. Women all around me were carrying healthy pregnancies to term (and inviting me to their baby showers) and I felt like less of a woman than they were because my body had failed a primary task of womanhood. It could not sustain life. It didn’t matter how feminine I felt, how girlie I dressed, how much I willed my body to do what it was supposed to do, I didn’t feel like a “real” woman when I couldn’t do the very thing that epitomizes the difference between male and female. I came to view my body with contempt and struggled with feeling self-conscious in the company of pregnant women who were apparently so much better at this womanhood thing.

“You would not be a good mother.” Were miscarriages the universe’s way of telling me I wasn’t cut out for motherhood? Obviously a good mom wouldn’t let her kid die in her womb. A good mom would be able to protect her child. I couldn’t even go 7 weeks without total failure in that department. I felt that not only did my miscarriages think I shouldn’t be a mom, I felt that from other people as I shared my story. I could see their need to believe such a thing couldn’t happen to them. They were looking for The Reason this was happening to me, and I think deciding that I wasn’t mother material seemed like the easiest place to land. I could hardly blame them. There were days I felt that way myself.

“Your marriage isn’t valid.” First comes love, then comes marriage, then comes lost babies and a host of expensive and inconclusive medical tests. This was not the experience I dreamed of when I planned the road to motherhood. I always imagined a fun, surprise, “whoopsie” pregnancy experience that would end in a beautiful baby with blonde curls like mine and her Daddy’s smile. When that dream came crashing down, I began to question not just my body, but the marriage that created these failed pregnancies. Maybe we shouldn’t have gotten married at all if something about the two of us was so toxic that we couldn’t create a sustainable life. In the dark moments where we were lying in bed, both lost in our own silent worlds of grief, it was easy to wonder if we’d made a mistake. Miscarriage made me imagine a life where I married someone else and had beautiful healthy babies with him. It made me wish my husband could have sweet biological children of his own, even if they didn’t come from me.

All of these lies were so subtle that I almost didn’t know they were there until I found myself acting like they were true. I hated my body for reasons I couldn’t articulate. I didn’t want to hold other people’s babies anymore. I was unreasonably cranky with my husband and romance became a chore instead of a joy. It took a long time for me to be able to identify the lies underneath my emotions and work to bring truth back into my life. 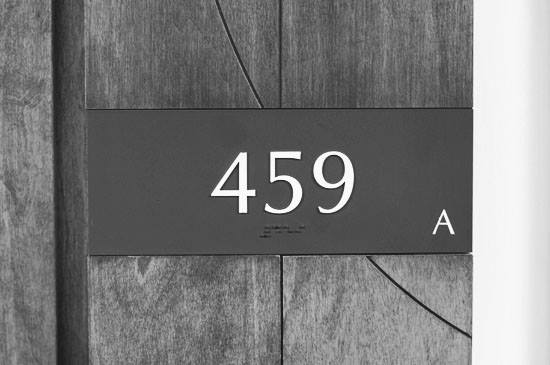 After our second miscarriage, I found comfort in reading the words of Job. He felt free to say things to God about the unfairness of life that I never felt comfortable saying. I needed Job’s honest words about his pain and anger to speak for me. I also needed the words of truth God spoke back to him to help reorient my perspective. As I read through chapter 3 of Job I stumbled upon this passage that changed my thinking about my miscarriage experiences:

Why did I not perish at birth,

and die as I came from the womb?

Why were there knees to receive me

For now I would be lying down in peace;

I would be asleep and at rest

with kings and rulers of the earth,

who built for themselves places now lying in ruins,

with princes who had gold,

who filled their houses with silver.

Or why was I not hidden away in the ground like a stillborn child,

like an infant who never saw the light of day?

There the wicked cease from turmoil,

and there the weary are at rest.

they no longer hear the slave driver’s shout.

The small and the great are there,

and the slaves are freed from their owners.

This poetic picture of what Job imagines happens to stillborn children (which some Bible versions translate as “miscarried child”) gave me immense comfort. I began to picture my children in a place of peace and rest. That made me feel not like a failure at womanhood, but like a vessel God used to give my children a brief, loved life before experiencing His Kingdom. I began to see my job as one of honor, even though it brought me pain. Maybe my body hadn’t failed, but had succeeded in exactly what it needed to do.

When I look at the life of the babies I carried in the light of eternity, my perspective changes. No longer do I see a cursed marriage, a failed female body, a bad mom. I see the value of my children’s lives. Maybe the biggest lie my miscarriage told me was that my children didn’t count. They weren’t real. Believing God’s truth changes all that for me. Even the children who don’t see life have lives that matter. God formed them, he saw them and knows them in ways I will have to wait until heaven to fully understand. He values their lives and now they enjoy life and rest with him.

If you’re struggling to tell yourself the truth through the lies you’ve heard from your miscarriages, I’d encourage you to read Job. Let him boldly declare your sadness and anger. Let him speak to you about the beautiful life your child is experiencing today. Let God’s love for Job during his hard circumstances encourage your own faith. God has grace for Job’s anger and fear and speaks truth to him in the midst of it. Don’t let your miscarriages be the loudest voice in your head. Speak your sadness out loud to God so you can begin to recover the truth in your own life.