I am sure it is true for most parents; there is always something that you are afraid of for your children. The events over the last few weeks seem to solidify those worries for me even more.

We have a wide range of fears with Alexis. It’s always a constant concern if she falls and bumps her head, or if her braces are getting too small and starting to leave sores on her feet. We worry about her at school…fitting in, being able to keep up with the other children, and if we have covered our bases with her IEP (individual education plan). The list can go on and on, but it comes with the territory of raising a special needs child.

Well, I’ve got one more fear to add to the list. I’ve talked about her creativity before, that kid’s imagination runs WILD. There are no boundaries for where her thoughts go and where they end up. Pieces of real life, real people, and a mixture of movie characters and movie lines can turn into an elaborate story that most people are unable to decipher between fact or fiction. This brings me to my new fear…Alexis’ stories.

We weren’t bothered about what she said too much at the beginning because most people couldn’t understand her. She still struggles to get entire thoughts out from time to time, but everyone can definitely understand what she is trying to say now.

It’s terribly ironic for me, the one who has sat though hundreds of hours of speech therapy sessions, and prayed desperately at times for Alexis to be able to talk, that I am now cringing when someone starts to tell me about what Alexis said. I am here to tell you…Brandon and I are in trouble.

It started last year when she was in preschool. The teachers came out of the doors giggling. Alexis was telling a story about how Brandon had gotten out of the shower that morning and was “walking and talking a lot like a robot, like a goofbot”. Now you are all giggling right? Well, he was. It was based on the Mickey Mouse Clubhouse episode she had been watching over and over. This should give you an idea of what it looked like.

Anyway, he wasn’t a nude goofbot, he was dressed- and it was probably 10 minutes after the shower. But Alexis just skipped the part from him getting out of the shower right to the robot part. It was a good laugh for all.

Fast forward a year-and-a-half later, and Brandon and I are sitting with Alexis’ school “team” which is made up of a vision specialist, OT, PT, teacher, special needs teacher, speech therapist, and vice-principal. We were meeting about Alexis’ progress during these first several months of school. They all take turns going around the table talking about Alexis. We are half way around the table and the story began…

“Alexis cares so much about everything and everyone. Alexis isn’t self-centered at all. She really cares…a lot. Like last week when you got in an argument, she was worried about it the entire day. “

Me and Brandon look at each other and respond, “What argument? I don’t remember arguing about anything, other than how we should handle a work project.”

The teacher, “I don’t know what it was, but it was really upsetting to her. She was talking about it as soon as she got to school.”

Me:  “Was it an argument between me and her?”

Teacher:  “Yeah, she said you were really upset with her.”

Me:  “Oh yeah, I was mad, she almost killed our dog that morning.”

Teacher:  “Oh, she skipped that part.”

Then here I am breaking into an explanation about how Alexis slammed the body of our four pound Chihuahua into its kennel after I had asked Alexis to not mess with it. Blah, blah, blah…I still looked like an awful mom who had been super hard on her daughter, enough to distract my child for an entire day. Awesome.

Oh, it hasn’t ended there. She told the art teacher that as soon as I die she gets to get a cat. The art teacher was extremely amused by that. I am allergic to cats, so no cats until she moves out (or I kick the dirt). But why go that route to tell a story? Classic Alexis, get to the good part!

She’s moved on now and  those comments are getting said straight to my face. Anytime that she doesn’t like what I am asking her to do, or do any sort of parenting…she calls me a “gummy worm.”  Brandon has pointed out that it could be worse. I am sure it will be someday.

She wrote me a letter last night while I was getting dinner ready. She wanted to have her IPAD, but she had played with it a ton that day already, so I told her no. Here’s her transcribed response:

“Mom, I love you. Don’t you love me? I know the I-pad isn’t good for me but you are a gummy worm. If you don’t let me play my I-pad I am going to hook you to a balloon so you will fly away. Love, Alexis”

It’s the perfect amount of naughty, sweet, and funny combined. How do you “parent” that? I’m at a loss. 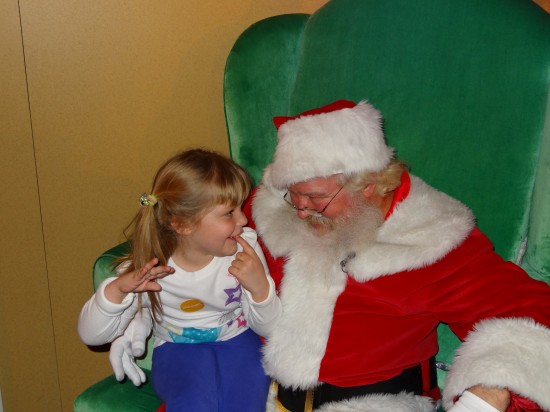