Admittedly I didn’t know a whole lot about Grand Island before our romantic little weekend getaway. I was 98% sure it wasn’t an island though, so that was a start.

We hit the road pretty early on Saturday morning and the drive from Lincoln was truly lovely. We had been itching to get out of town for a while – The leaves were changing, my thermos was full of hot coffee and the new Punch Brothers CD was playing on the stereo.

Our typical strategy for any weekend getaway is basically to wander, people watch and most importantly, eat as much and as often as possible. Lucky for us, Grand Island really caters to this type of travel. Here are a few of the best things we saw, did, and of course, ate.

This is apparently something Grand Island is known for (I had no idea) and they have some of the nicest, most well-organized antique shops I’ve ever set foot in. Particularly the Railroad Towne Antique Mall. Gunnar scored a book on the “Essentials of Geography” and I could have easily spent my life’s savings on vintage dog prints. Not to mention they had just about the friendliest staff I’ve ever encountered. More on that later. 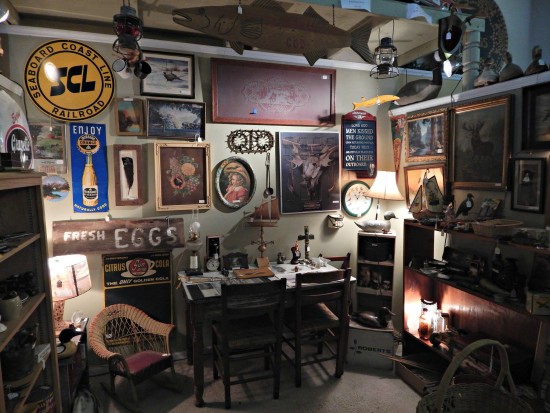 Pretty much any vacation I’ve ever been on (no matter how brief) has centered on food. This was no exception and Grand Island did not disappoint. In fact it far exceeded my expectations. Our first lunch stop was Royal Indian Cuisine, one of Grand Island’s newer restaurants. Wow. This place kind of knocked my socks off. Soft, pillowy naan, a HUGE variety of vegetarian options (not always the easiest thing to find on a menu in Nebraska), and these weird little honey soaked dough balls that may or may not have been laced with illegal drugs. SO ADDICTING! 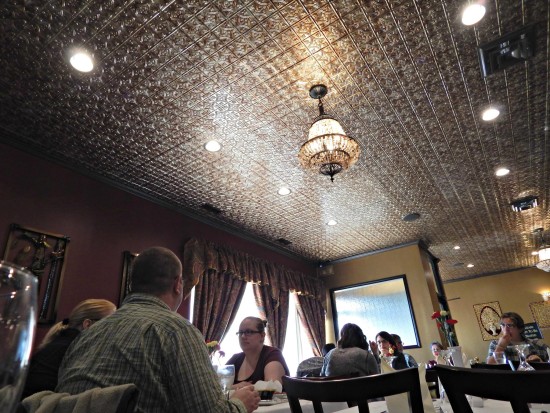 That afternoon, we grabbed beers at the Chicken Coop which serves brews from Thunderhead, a Kearney-based brewery. If I lived in Grand Island, this is where I would hang out and watch Husker games. It had a great atmosphere and what do you know!? Super friendly bartenders.

Gunnar loved Sin City which is probably as unhealthy as it sounds but SO GOOD. A bit harder to come by a vegetarian option but really, what can I expect from a place that serves a burger called “The Phat Elvis” which by the way, you can make “super phat” by adding bacon. I opted for a killer grilled cheese sandwich and an enormous salad that they could have easily charged three times as much for without a complaint from me. 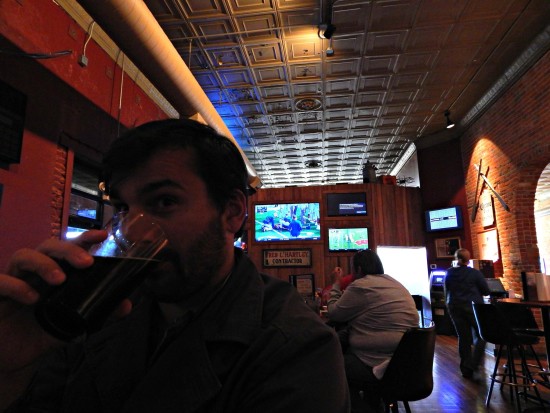 Chocolate Bar (this deserves its own paragraph)

Hands down one of my favorite Grand Island stops. Upon entering, Gunnar said, “This place is so cosmopolitan.” To my knowledge he has never, ever used this word before in his life, but he was spot on. It felt just like some of my favorite coffee shops in Brooklyn and San Francisco. This place was the height of fanciness and sophistication without being pretentious. Gunnar ordered some kind of delicious wine cocktail and raved about it. I hate tea (a.k.a. steaming hot garbage water) but ordered a cup anyway. This one had rosehips, chamomile and a long list of other ingredients far too elegant for my gauche palette. It was heavenly. Now I’m going through a major identify crisis. Maybe I love tea?! Maybe only tea from the Chocolate Bar.

Of course we also had to test a few truffles. We didn’t come all the way to Grand Island just to drink tea! No surprise. They were fantastic. 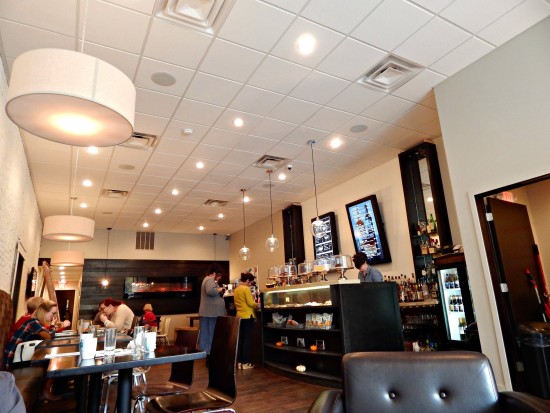 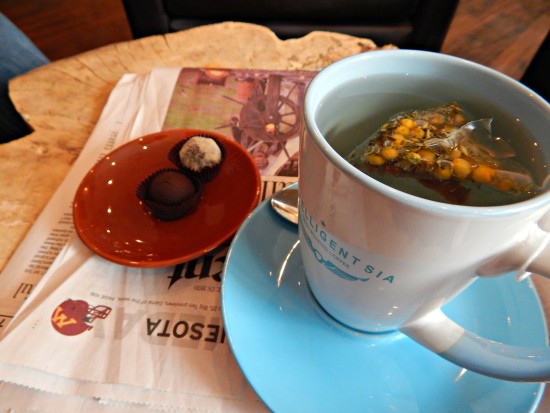 The Friendliest People in Nebraska

Truly. Everywhere we went people were so nice. Everyone was eager to give us recommendations and strike up a conversation. I had some of the best restaurant service I’ve ever experienced. One place, the Farmer’s Daughter Café, even insisted on giving us free pie. Well okay, twist my arm.

We spent quite a bit of time at the Stuhr Museum. The Stuhr Building had recently undergone a MAJOR rehabilitation. This place was gorgeous, the staff, again, lovely. The museum primarily focused on Grand Island and Nebraska history, but also had a healthy dose of art on display. I especially loved the exhibit on women’s torture beautification devices throughout history. We also got a sneak peek at one of the museum’s meeting rooms which was straight out of Mad Men but thankfully didn’t reek of stale cigarettes. 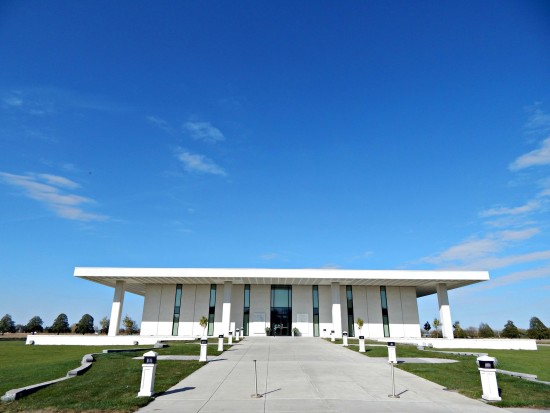 Beyond the (stunning) building that houses all of the exhibits, the Stuhr Museum’s grounds also includes a completely authentic pioneer village. I learned later from my colleagues that a visit to this village is kind of a rite of passage for Nebraska kids. We were there during the All Hallows Eve event – hundreds of adorable kiddos running around in costume, making trick or treat stops in each house in the pioneer village. Their Marketing Director told us to come back in December for all of their Christmas festivities which sound like a culmination of all of my dreams coming true. 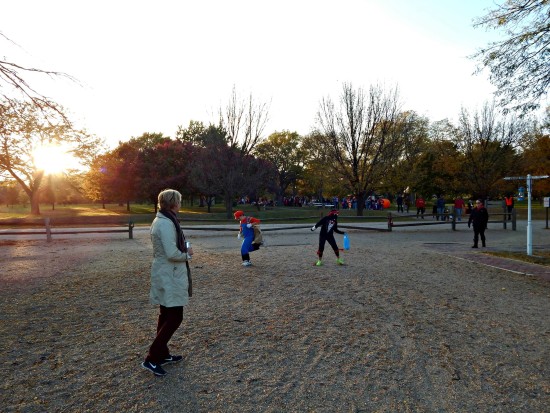 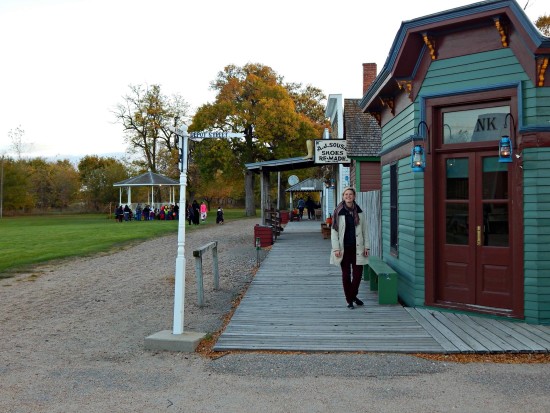 We heard that the Grand Theater was hosting a short film festival during our visit. When I found they were playing a short featuring one of my favorite co-workers, my mind was made up. We were definitely going. The Grand Theater is just that, grand. Lots of amazing art deco details and who can pay attention to the movie when you have that gorgeous ceiling to gaze at? This event attracted a really diverse group of people of all ages. And who knew there were so many talented film makers in Nebraska? Not I. 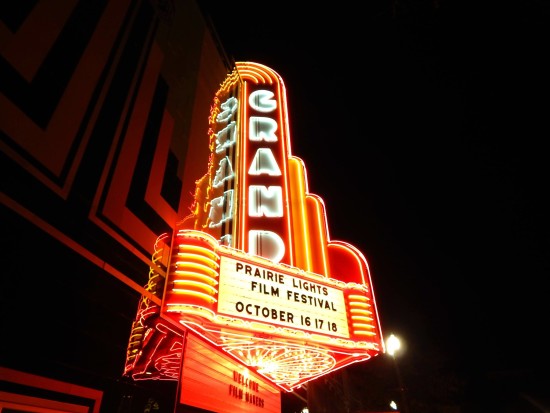 Grand Island is a happening place. The restaurant scene was progressive and frankly, completely unexpected. Grand Island’s citizens are some of the kindest I’ve met and obviously care a lot about creating a unique culture, a sense of place, and preserving their history. We will definitely be going back again soon.

Do you have any favorite Nebraska weekend getaway destinations? I highly recommend adding Grand Island to that list.

*Our thanks to the Fairfield Inn & Suites for travel accommodations. 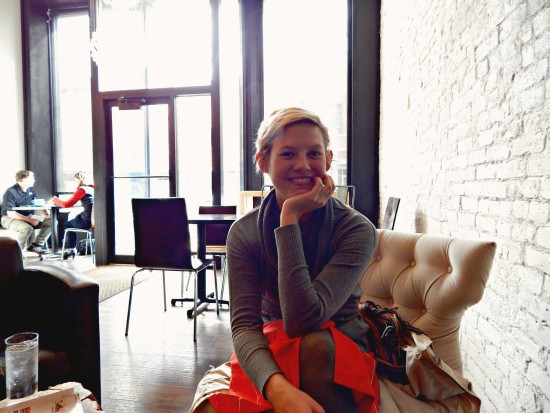