The God of Thunder

Sometimes I get a little panicked that it will never rain again. I grew up in California– a land of drought and water use awareness. As a kid I remember going to school assemblies devoted to talking about turning off the water while you brushed your teeth and not running the shower too long. Water was a limited resource and you never knew when it was going to run out.

That idea makes a big impact on a kid. I always had a fear about droughts the way other people might fear tornadoes or hurricane season. It also made rain feel like a precious gift. When it would rain, I would spend the day soaking it up. My favorite thing to do was put an umbrella down in the front yard and curl up underneath it just to hear the rain over my head and feel protected from it. Rain was a gift from God and only he could give it. While I could try and ration it and protect it and store it away, I couldn’t make it come no matter how hard I tried.

I never remember thunderstorms in California. My first real experience watching a storm roll across the sky came our first summer in Nebraska when I was 11. It was beautiful and terrifying all at once. Here it was again– a gift from God, but now I heard his booming voice and saw his finger etching light across the sky. And now I learned about flooding– when this gift overwhelms creeks and rivers and wipes out crops.

My parents were both children of farmers and this always informed their view of the weather. I remember praying once that it would stop raining because I wanted to go to the pool. My dad gently reminded me that God also must consider the needs of farmers desperately waiting for the rain to water their crops so they could provide for their families and keep food on the table for all of us, too. Rain was never just rain, never just an annoyance, never just a weather event.

This summer has been a wet one in Nebraska. Rain has refused the boundaries we put up for it and has come into basements and flooded streets all across my city. And it just keeps coming. As I’m writing, I see it sprinkling down on the back deck and I imagine my little ones have been forced indoors for Vacation Bible School activities.

As the rain continues to come, I see the awesomeness of a God who cannot be contained. Sometimes it takes the wildness of a thunderstorm to remind me of the greatness of God. My little problems can quickly be put in perspective with the loud call of the tornado siren and a rush of sleepy little bodies down the basement stairs. My God is powerful and beautiful and he has created a way to nourish the land and provide us food that never even pretends to be under our control. Give us this day our daily bread– a request made to a God who waters the seeds and sends the sun on the sprouts. 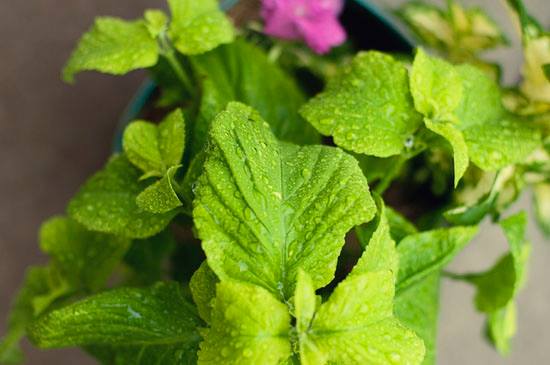 But while I see God in the thunder, the lightening, the rain swollen rivers, I know that is not the only place he exists.

The Lord said, “Go out and stand on the mountain in the presence of the Lord, for the Lord is about to pass by.”

Then a voice said to him, “What are you doing here, Elijah?”

I have seen God in thunder and lightening moments of my life. A healthy baby born from my body after doctors told us it would never happen, an illness cured that was supposed to be incurable. But I also see him in the gentle whispers– the coffee a friend drops by when my day has been hard, the song on the radio that reminds me God is present, the sticky kiss of a child who loves his peanut butter and jelly sandwich and wanted to thank me, the sweet flowers blooming in the neighbor’s yard. God is present in the big and the small things. It is his powerfulness and awesomeness that makes his tender care for me all the more precious. I often hear the words of a favorite song play in my mind during difficult moments– Oh Great God, be small enough to hear me now. 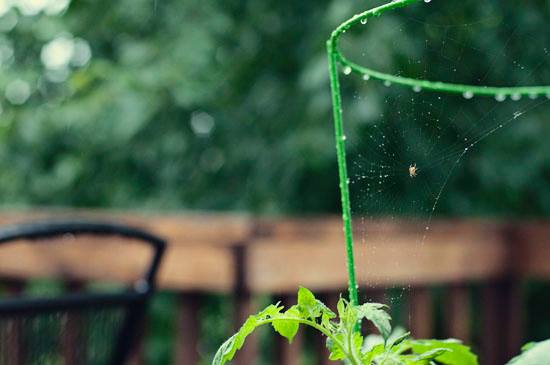 During our years working with kids in a group home, we had the honor of teaching them about a God who was big enough to control the weather and small enough to hear their prayers. It was hard for them to believe it could be true when there had been so much pain in their lives. Where was God? They needed to know he had not left them alone to care for themselves and in charge of their own futures.

Each afternoon these boys got to spend some time playing outdoors. It was the highlight of their day, but one afternoon a thunderstorm threatened to keep them inside. This had happened many times before, but this time one of the boys said, “I think we should pray about it. Let’s ask God to stop the rain so we can play outside.” They bowed their heads and they boldly expected their great God to be small enough to hear their hearts– hearts that weren’t just asking for a dry field to play football, but were asking the deepest questions. Do I matter to you? Do you hear me?

And in that moment, God answered. The rain stopped. The sun came out.

It may not have been a miracle, but it was what those boys needed to understand that they were heard. It made it easier for them to hear the still small voice when it called their names. They were more able to answer, “Speak Lord, for your servant hears.” because they knew they had been heard, too.

I am grateful for a God who rolls in the thunder and who whispers in the mist. May we have ears to hear him, however he speaks.