To Every Mother Out There: NEVER Second Guess Your Gut

As a mother of a teenager and tween and a writer in the parenting space, I have been hyper-aware of the new dangers my kids face because of smart phones and social media (and basically, the internet). These are challenges I did not face as a kid in the 90s, and they are parenting challenges my mom and dad did not have to deal with because lucky for them and for me, the technology didn’t exist yet. But now it does, and its dangers are LEGION.

If you have internet in your home, and if your kids have any smart devices or texting and messaging apps (even on a “dumb phone”), you my fellow parents, now have the huge responsibility of being hypervigilant. It sucks, but sometimes it’s a life or death these days.

Unfortunately, another one of your parental responsibilities now? Having conversations with your kid’s friend’s parents about what THEY let their kids do on their phones. You guys, I have done this before and it is AWKWARD AS CRAP. Here’s an example: before a sleepover, even at a TRUSTED friend’s house, I had to ask the parent what their policy for mobile devices was on their home, if they had Internet filters, and if they checked their son’s phone often. Why? Two reasons: 1) I don’t want my son seeing porn and even the best of kids from the best of families can easily get into that and 2) there was going to be a kid there that I do not know AT ALL and my son had never met. No CLUE what’s on his device. Happily, this mom’s sleepover policy was “check your phones at the door” (my son was only 12 at the time) and that was a huge relief to me. It was an awkward but amazing convo.

To be honest, it sucks that we as parents have to have those conversations with each other. But, it could save your kid from seeing something they shouldn’t or much, much worse, as mom Natasha Ivory Evans recently found out and posted on Facebook. You see, this same sleepover scenario happened to her. And although she had been extremely explicit with her daughter about phone dangers and checked her daughter’s phone religiously, she didn’t have that conversation with the friend’s parents about whether or not they were checking their daughter’s phone. They were also TRUSTED friends. But disaster struck anyway. In a viral Facebook post, Natasha spilled out a gut-wrenching story. She begins:

Yesterday morning at 2:30 a.m. I was faced with a Mothers worst imaginable nightmare.

As I opened my door to two police officers, an undercover investigator and my baby girl. shivering on my door step.

My whole family has stumbled through this day in a cloudy haze, bouts of crying, terrified and in shock, I’m fighting to write these words.

To every mother out there.
Read every word that I write.
SATURATE IT and do not for ONE MOMENT be naive to the harsh realities of this world.:

Natasha then goes on to say how she educated her daughters about sex trafficking and not chatting with strangers. She says the topic is especially close to her heart because her own mother was sold into prostitution as a child and escaped when she was 17. “I’m well versed on the dangers of molestation and rape, as I have personally endured this trauma and as a result, I watch my girls like a hawk,” she says. “I’m as street smart as they come and I don’t sugarcoat sh*t. With all of these tools in my belt, we still fell through the cracks.”

They “fell through the cracks”—and her daughter was inches away from being stolen—because unbeknownst to anyone, her daughter’s 12-year-old friend was being groomed via a chatting app on her phone. And Natasha’s own daughter was in the wrong place at the wrong time. This heartbroken mom recounts the terrifying details:

“Yesterday evening I dropped my daughter off at a trusted, 12 year old, friends home for a rare sleepover. We have done this before and this friend has stayed at my home as well. There was never any trouble, drama or chaos with these two, so I didn’t second guess it.

But what I FAILED to think about, was WHO this friend had been talking to on social media.

A 21 year old Male had been “grooming” this 12 year old girl for the last 3 months, these truths hidden in the confines of her smartphone.
At 9 p.m. last night, my baby girl and this friend walked out her front door, in the heart of suburbia and into a vehicle, with two men in their 20’s.
My daughter questioned this girl and was nervous, but fell weak into the peer pressure of “these are my friends, we will be fine”.

Poor judgement, immaturity and thinking they are invincible, they are 7 minutes into the drive from suburbia, headed west toward the famous freeway, and the well known “Hub” of sex trafficking and number 2 ranked city in the U.S. for this lucrative crime ring…and my child had an angel watching over her.

A police officer pulled up along side the car…had a gut feeling something was off and pulled the men, holding my world in their vehicle, over.
The police officer was immediately alarmed at the age discrepancy and entire scene.”

Did your heart just hit the floor or WHAT?? It’s 100% horrifying. Natasha’s daughter and her friend are now two of the luckiest girls in the world. Long story short, the police pulled the girls out of there and got them home safely, but the men were released, because the girls went willingly and no crime had YET been perpetrated against them. {Shudder. YET.}

I want to leave you with some last words from Natasha about her daughter’s close call, and if you read nothing else in this article, please read this:

“To all of the Mothers and families of young girls and children….check, double check and triple check, their phones. Question their friends, question their parents, ask their parents to go through their phones as a prerequisite to be around your child. When kids come to your home, take the devices at the door and hold them until they leave. And NEVER second guess your gut.”

Be vigilant, Mamas. And be THAT mom who asks your kid’s friend’s parents whether or not they check their kids’ phones. It’s gonna be AWKWARD and uncomfortable, but take a look into your child’s eyes and tell me they’re not worth it. Their safety is worth every second of uncomfortable you have to endure. 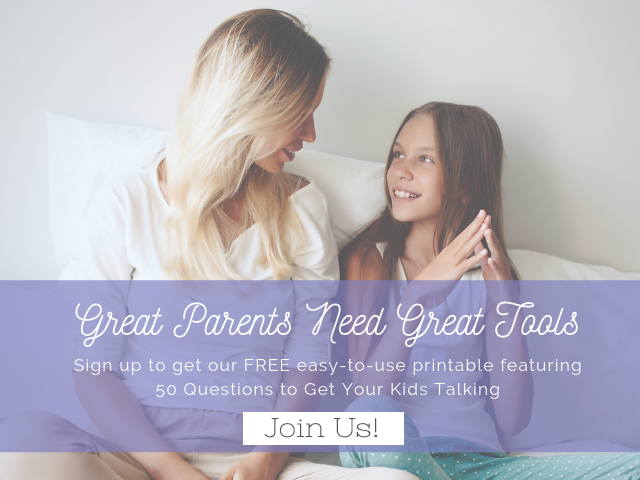