There is a scene in the classic 80s movie, Say Anything, where John Cusack’s character, Lloyd, holds a boombox over his head while the melodic tunes of “In Your Eyes” by Peter Gabriel fill the air. Lloyd’s girlfriend had just broken up with him. Standing outside her house, playing this song into her open bedroom window was a grand gesture to try to win her back. He wore his heart on his sleeve in that scene. It worked, of course, and my own teenage heart swooned, right along with the lead character’s.

The truth is, I have always been a sucker for a guy who isn’t afraid to show his sensitive side. But being the mother of two boys, I sometimes find myself struggling when trying to parent these two little gents in a world where men are so often still encouraged to be tough and not show their emotion, lest it be seen as a weakness. Personally, I view being able to express emotion as a strength, but I also find myself praising my boys for being tough. If they get hurt, I try not to make a big deal about it. We wipe away the tears and get right back on the horse. It’s almost as if this way of raising boys has been so deeply engrained in my own head, it sometimes becomes my knee-jerk reaction.

That is part of the reason why I am so thankful I have been blessed with a son who shows me his sensitive side on a daily basis. He is a perfect example of being tough and tender all at the same time.

There is a special aspect of sensitivity the world is especially hungry for right now, and that is empathy. By definition, empathy is the ability to understand and share the feelings of others. My three-year-old has been given the gift of empathy in spades. He feels and loves with his whole heart. Whenever he sees someone else crying, he wants to know why. Whenever his big brother gets hurt or is upset, it’s not too long after when crocodile tears will form in his own eyes. And if he accidentally hurts someone else, well, then the floodgates open. He offers hugs to comfort others and speaks tenderly when he senses any kind of sadness. He is a sensitive soul that feels all the feels. He is not afraid to put his emotions on display because he truly knows no other way at this stage of his life. His sensitive nature is a gift to our family.

I want both of my boys to grow up to be confident and strong men. I want them to be resilient enough to be able to withstand the storms that life will throw their way. I want them to be steady and dependable for their future partners.

But I also want them to be comfortable expressing their emotions, especially when those storms arrive. I want them to feel all the feels. I want them to truly understand that even if a tough outer shell is formed over the years, it is so important to crack open that shell and show the world the soft heart that beats within. Because men can be strong and still show their sensitive side. Men can be tough and also be tender. These things are not mutually exclusive.

If you feel like you need a good visual reminder, just go ahead and watch that boombox scene from Say Anything. Or better yet, watch the whole movie. I bet your heart will swoon, just like mine. 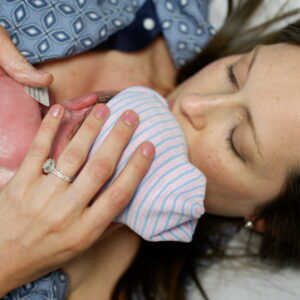 When Your Friends Have Easy Babies. And You Don’t. 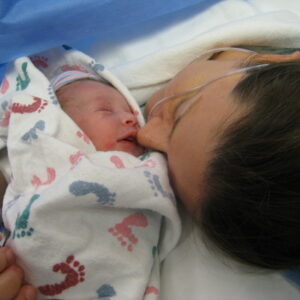 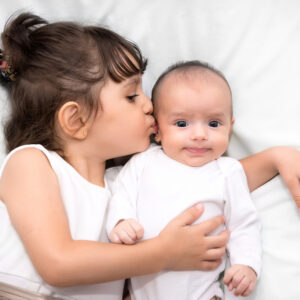 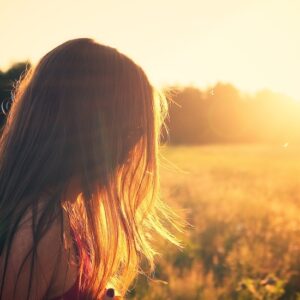 One Momentous Lesson for Whatever Battle You Are Fighting Today