To The Moms Who Know Miscarriage: I Know Your Pain

Every year the Christmas season fills me with a sense of excitement and joy. I love the peaceful, reverent feeling that comes with celebrating the true meaning of Christmas. So it came as a surprise this year when the first sights and sounds of the season filled me with sadness instead of joy- although it shouldn’t have.

I soon realized my depression was grief from the two miscarriages I had suffered in the past year.

I have wanted to be a mom since I can remember, and I am blessed beyond measure to have two amazing girls, ages 9 and 4.

When my youngest was three, we began trying for a third, and after 3 months, I conceived. I was ecstatic, but fearful. I knew the odds of miscarriage were 1 in 4, and I’d already had two healthy pregnancies. My fears became reality when at 5 weeks pregnant, just days before Christmas, I started to miscarry.

I was devastated. I tried to hold it together throughout the holiday season for my two living children, but inside I was broken.

I soon became obsessed with conceiving again, and in 3 months from my last pregnancy, I became pregnant again. My due date was December 2. I imagined a 2016 Christmas card with our brand new addition, surrounded by loving chaos.

I was cautiously optimistic. I tried to guard my heart by not becoming too attached to this pregnancy too soon, but it was too late. I was already in love with our December baby. Joy gave way to shock and heartbreak when at 8 weeks I began to spot again. Sitting in the emergency room waiting for the ultrasound, I couldn’t stop crying. I hoped against the odds that this was just a rough start but I knew in my broken heart that our baby was gone.

The second loss was suspected to be a partial molar pregnancy, a rare condition that has an even rarer potential to develop into a cancer called Gestational Trophoblastic Disease.

When my hormone levels failed to return to normal after my D&C, it became evident that I was one of the unlucky ones whose placental tissue had turned cancerous. For five days in a row, I would receive I.V. chemotherapy, and then recuperate for 7 days, repeating this cycle 5 times. The due date of the first loss, August 25th, occurred on a day when I was receiving treatment. I sobbed in front of the nurses, unable to handle the painful reminder of what was lost.

The chemotherapy was hard, but it could have been worse. Since the cancer was caught early, I only needed single agent chemo, so I didn’t lose my hair, although I was sick and tired most of the time. I was blessed to have family nearby to help with the girls, friends who never stopped checking on me, and a loving husband who held me while I cried.

The whole experience made me even more grateful for the kids I have. I began to see just how miraculous it is that they are here, and healthy. For years I had taken for granted the ease in which they were conceived and carried to term.

After the treatment was over I was told we’d have to wait for close to a year to try again and that I would need weekly and then monthly blood draws during that time to make sure the cancer doesn’t return. My prognosis was good- for GTD treated in the early stages, there is only a 3% chance of recurrence.

It’s only been three months since my treatment ended, and almost a year from my first miscarriage. I forget sometimes that grief is a lengthy process. Just when you think you’re healed from a loss, grief often returns.

The loss of an unborn child is real and raw. For those who haven’t experienced it, it’s easy to underestimate the power of the emotions that come with such a loss. For those who know the pain of this all too common occurrence, know that you are not alone and that it’s okay to grieve for as long as it takes, and that grief and gratitude are not mutually exclusive. It’s not selfish to feel sad. It’s okay to mourn the loss of someone you’ve never met. Their life began inside you and then it ended inside you. There is no other loss as privately painful. I don’t know if God will ever add another child to our family, but my faith in God’s promise of eternal life is a comfort. I know those babies are with Him, and someday, hopefully many years from now, they’ll be with me too.

Emily Easley-Sinkclear lives in St.Louis with her husband and kids, though she grew up in Minnesota and longs to return to a place where snow and evergreens abound. Her greatest joys include playing with words, hiking, and laughing with her family. 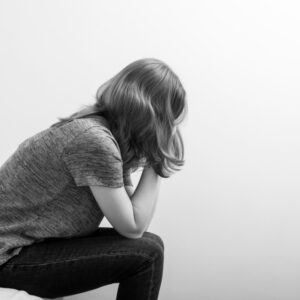 I Wasn’t Finished Needing You, Mom 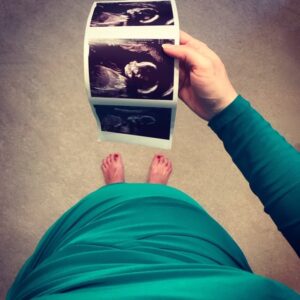 I’m Not Attached to My Rainbow Baby Yet 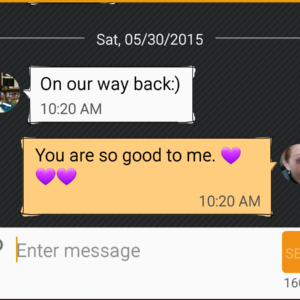 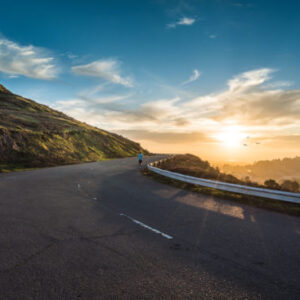 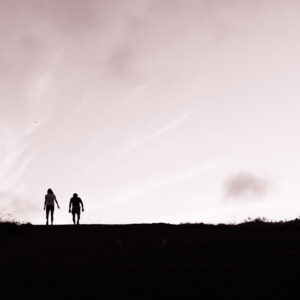 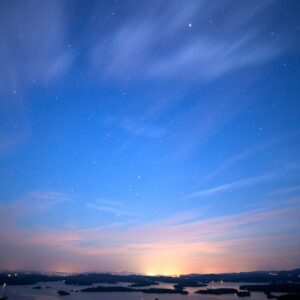