Your child is getting ready to fly away from the nest. He’s going to college—or moving away to work and live on his own. You’ve spent the last 18 years making sure he was ready for this. (Never mind that not one second in those 18 years prepared you for his leaving home!) It seems like only yesterday that you were teaching him how to brush his teeth and tie his shoes. The stakes are a little higher now. Did you teach him enough?

He needs to know how to do . . . well . . . everything. He has to survive on his own. My three sons have all made it through their undergraduate years. Did I arm them properly? Yes; well, I did my best. Did I forget some things? Also yes. Never mind the things I didn’t even know to teach them. They survived and yours will, too—but maybe these simple reminders of what do before he leaves will help.

1. Going to the doctor by himself. He should know how to sign in, complete paperwork, remember his insurance card and check out. He also needs to know how to pick up prescriptions at the pharmacy (and know which pharmacy to use!). We hope he doesn’t get sick but honestly, that’s unrealistic. Give him the skill set to take care of himself when that happens. Another good idea? Send him to school with a first aid kit that includes your must-haves. Ours included Neosporin, Advil, Thera-Flu, band-aids, Emergen-C and a few other feel-better favorites.

2. Grocery shopping. I worked when my children were young (please don’t tell Dr. Laura, I did my best!) so when I wasn’t working I wanted to spend all of my time with them. That meant taking them with me to the grocery store, or wherever I went. It was sometimes a handful to have three little boys with me when I shopped for groceries, but it wasn’t long before they were helpful. After a while they knew what we usually bought, what brands we liked, and even how to select fruits and vegetables. Maybe most importantly, they knew their way around in the store. This came in handy well before their college years when I broke my ankle and was unable to grocery shop. My husband took my grocery list – and my sons – with him to buy groceries. It was my sons who knew what to buy and how to shop. They handled it beautifully. So what if you were one of those moms who liked shopping alone so your children aren’t familiar with the grocery? (No judgment—I get that, too.) It’s not too late. Take them now! Explain the wonders of the deli and prepared food. Sound too simple? Imagine yourself in any store you’re unfamiliar with, like maybe the auto supply store. Yup, it’s like that.

3. Doing laundry. Maybe you’re one of those moms who had her kids do their own laundry while they lived at home. Kudos to you! I was never able to “let go” of this chore, so I had to teach my sons to do laundry before they left for college. None of them like doing laundry and I now realize that I kind of do like it (weird, I know). But the important thing is that they know HOW to do their laundry. And apparently, sometimes they also know how to pay someone else to do their laundry. But that’s another story. . .

4. Keeping a calendar. No, not you—them! Your reminding days are over. Maybe they already use their computer or phone calendars. My sons all liked the academic planners that office stores carry. Students are going to need to keep track of test dates, deadlines and social events. They aren’t going to have Mom’s big calendar on the fridge to remind them. Many have this organization down due to their high school obligations. Others just coasted and got reminders from Mom or friends. After you’ve had this conversation, ask how they’ve decided to keep track of things. It’s that important.

5. Waking up on their own. If you’ve been waking your child up for 18 years, it’s time to make sure he can do this on his own. This. Is. Huge. I didn’t realize just how huge until I saw moms post online. They worry to death about this. Kids are sleeping through mom wake-ups and alarms. How are they ever going to wake up by themselves? I believe there is a big difference between knowing you have to get up and knowing it really doesn’t matter—whether it’s because you know someone will wake you or you have a choice. So. Stop enabling him. Give him the proper tools. An alarm clock could work but more than likely it’s just making sure he knows how to use his phone alarm. Like knowing phone alarms require resetting each night. . . !

6. Mom is still here. Always. At least we want to be. We are a phone call, a text away. We will come if needed. We will offer advice, console and finance. We will tell him when he’s wrong. We will encourage him when he’s right. We will celebrate victories and mourn losses. But let him know he is in the next stage of life—on the verge of adulthood—and that means more independence. Independence means responsibility. Make sure he knows you are there. Then make sure he knows you might not always be.

This list could probably be endless. I know this is simple stuff. Be thankful there is simple stuff. Sometimes it’s easy to overlook. And know that simple for you might not be simple for everyone; each child is different. My three sons are each different from the other. My cookie-cutter-raising-boys method only worked for a few years. Then I found that having one son hardly prepared me for the issues with the next one. It’s always seemed like a flawed system since experience should count. I should have gone from novice status to expert. I didn’t. That’s not how it works. There were days when I felt like I knocked this motherhood thing out of the ballpark; other days I would hear a voice say, “Don’t worry, they will survive in spite of you.” Somehow, I knew what we all finally figure out: they would be alright either way.

So, pack him up. It’s time to slide into the next stage of raising kids. I grew up on a farm and remember a dog that we once had. She had a litter of pups and one day she took off with them and came home alone. Soon we began to get calls that our dog had left her pups at neighboring farms. Apparently, it was time for them to go out on their own. Their mama knew. And apparently, the pups were ready (even if our neighbors were not!). Our kids are also ready. We’ve spent years  preparing them for whatever we think life might throw at them.

We did our best. Now, the rest is up to them. 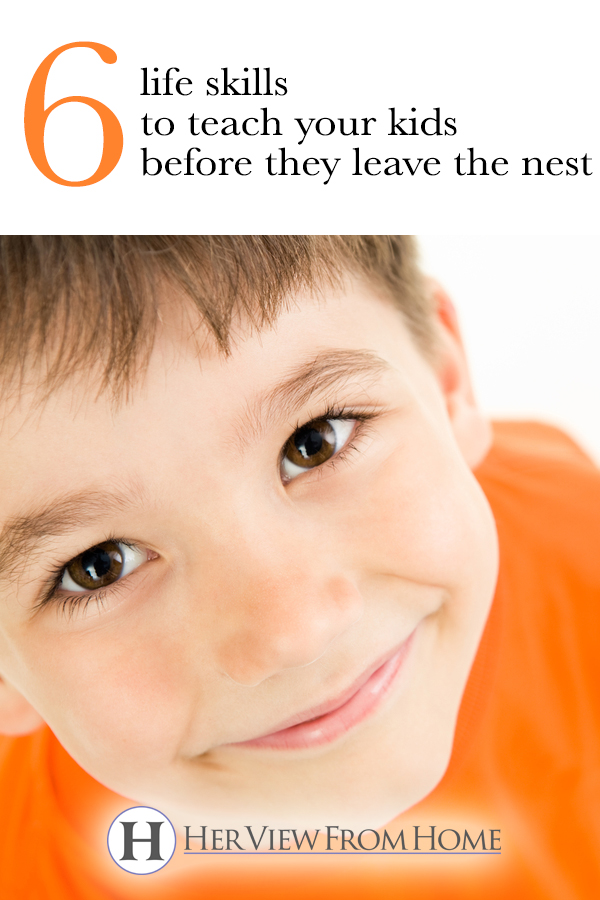 I am a retired insurance exec and mom to three grown sons. My husband and I are retired in live in beautiful Islamorada, in the Florida Keys.