Surviving grief is hard for everyone, especially small children. The loss of someone or something they love can be devastating. Often, the pain of loss can remain with us for a very long time. Unexpected and unfamiliar emotions can be confusing—this can lead to anger, guilt, and profound sadness. An experience I have shared only about a million times.

After the fall, it was clear my mother was in pain. Although being only four years old, during her last days I remembered she was always holding her stomach. On my way home from the hospital, after seeing my mother for one last time, I sat on the ancient transport, turned my head toward the ocean, and wept.

As we approached our village, the memories continued to surface. My mother always said to my father, “Don’t worry! I will be back in five minutes.” And so through my childlike mind, I sat on the stairs in front of our home and waited. Needless to say, the sun went down and my father had already left. I quickly got up. With both hands on the doorknob, I forcefully slammed the door shut behind me.

Inside our small house, I pulled a wooden stool from the far corner of the room, which I used to turn the light switch on. My eyes searched for food. I took the same small bench and reached for the cupboard. There, I found what I desired.

Alone, I sat on the floor of the room with tears running down my cheeks as I ate my snacks.

Suddenly, there was a loud knock on the door. I anxiously and quickly ran toward the entrance. My father stepped into the house. Even though he was a mess, I jumped into his arms. He hugged me and gently kissed my forehead.

“Mommy has been gone for more than five minutes,” I cried. My papa said nothing. I was confused.

RELATED: I’m Sad But I’m Not Sure How to Show it: What Grief Looks Like For Young Children

The next couple of days were damp. The sun remained hidden. The once vibrant leaves on the trees tipped over. I loved the rain but was very much afraid of lightning and thunder.

Nevertheless, through it all, a middle-aged man on a bicycle wearing a brown uniform could be seen approaching from a distance. He brought with him, bad news.

My father was very quiet throughout this period. I reflected once more on my mother in her happiest days. She loved to dance. Some may say it was there she found her first love.

The day came when it was time to say our final farewell. We did not have much. I wore what I called my Sunday best. A tiny dress made up of different shades of green. It was also my mother’s favorite and a gift from her. The slippers on my feet complimented one of the shades of green. I wanted to look my best.

Again, through my childlike mind, I thought if my mother saw how pretty I looked, then she would want to come home.

When I was finished dressing I waited outside our home for someone to come and take me to my mother’s burial service. My father appeared to take a long time. I wondered what his delay was about.

Suddenly, I heard voices in the distance. At first, it sounded like people quarreling amongst themselves. I immediately got up and ran in the direction of the sound. I wanted to see the people who were making all that noise.

There was a border separating me from the other side. I stood on the riverbank contemplating how I could cross to get to the other side. Regardless, I was too small to try. Frustrated, I ran to the head of the stream and then to the bottom. Nevertheless, I could not see anyone.

“Hello! Hello!” I yelled, hoping someone on the other side would respond. I sat on the bank of the river and began to cry. At that very moment, a hand rested on my shoulder, and I heard a voice that demanded I stop crying. He then reached for my hand. At that moment, crossing the river was even riskier because the water was too high.

My father picked me up and then placed me onto his shoulders. We walked to another location on the riverbank where we were able to see the people on the other side. Suspiciously, I asked my father what was happening. There was a short pause before he explained it was my mother’s funeral and the people were singing. He then clarified briefly to me what a funeral service was all about.

The visual from a distance was now much clearer. There on my father’s shoulder, I struggled as I continued to weep for my mother. The thought of not seeing her again was unbearable. On the other side of the stream, there were people dressed in black, beautiful flowers, and men carrying a long brown wooden box.

I wanted to be there, too.

As they continued with their singing, I watched as the bearers lowered my mother’s casket onto the ground, next to a freshly dug hole. As people gathered closer to the grave, some cried while others sang even louder.

The funeral service finally came to a halt. My father slowly removed me from his shoulders and gently placed my feet on the ground. I grabbed onto my papa’s legs and sobbed. It was much clearer now more than before, that my mother was forever gone and she was never coming home.

Some beautiful shrubs were growing close to the river bank. Feeling sorrowful, I bent down and picked a few of the white and then pink flowers. With an aching heart, I stood on the edge of the river bank. Looking down at the tiny flowers, one by one I slowly dropped the petals into the water. I watched as they floated down the stream until I saw them no more.

Tearfully, I said goodbye to my mommy, from a distance.

Brenda Richard is the author of The Mystery of The Hidden Barrels, How I Met My Father, People in Her Path, and Crooked Professor Q. She started writing five years ago; however, even as a child, Brenda felt that voice inside her always had something to say. She enjoys writing; with her creative and imaginary mind, everything comes to life.   Brenda was born on an island in the Caribbean. She lost her mother at the tender age of four years old, after which the remaining of her childhood was spent in a foster home. At the age of 19 years old she migrated to Toronto, Canada where she lives most of her life. In her leisure time, when not writing, she can be found doing volunteer work, helping the vulnerable and less fortunate. She loves cooking, gardening, and traveling.

Children are resilient and I believe many people use this logic to think children will be just fine after something happens. And while they are truly able to overcome so much, it is unfair to assume they will be just fine after a tragedy occurs.   As a society, I believe we can be dismissive of a child’s mental health. Especially during a pandemic, kids have developed newfound anxieties that really didn’t exist prior to this. The things we used to be able to do freely, we can’t do anymore, or if we do, it comes with more rules.   So many... 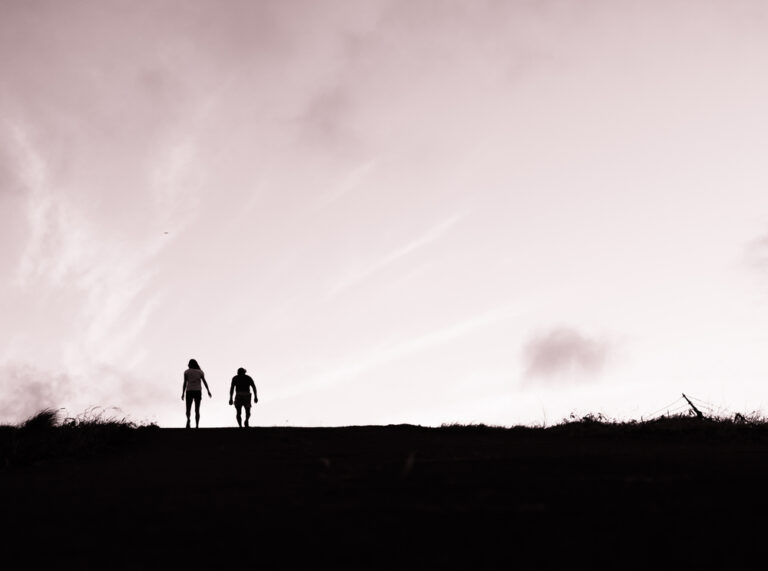 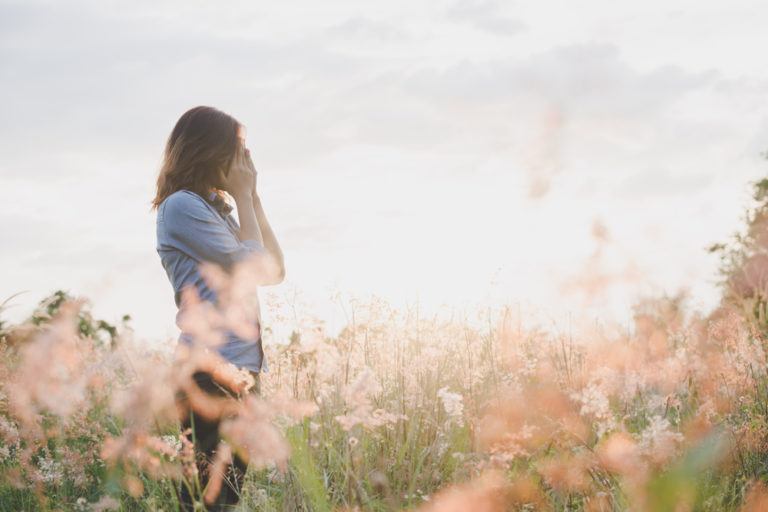 I’m still grieving. Yes, still.  I made it until almost lunchtime today before I was forced stop, and consciously think about it. My better half arrived home carrying a cellophane-wrapped bundle of sunflowers; as I felt the weight of their green stalks in my hand, I looked down at the driveway asphalt, and tried to will myself to hold it together. To hold the line before everything in me succumbed to sadness. Today would have been my dad’s 68th birthday. I didn’t want to make a fuss about it. After all, he’s been gone for working on two years now (even though...

A Mother is a Wildflower

A Mother is a Wildflower

Tomorrow You're Another Year Older

Tomorrow You're Another Year Older 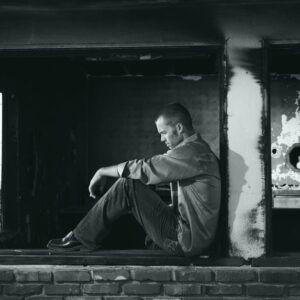 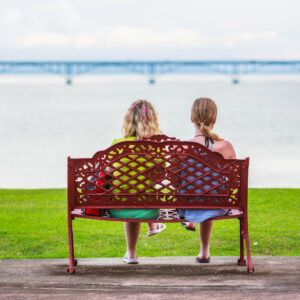 Don’t Try To Fix Me—Just Sit With Me 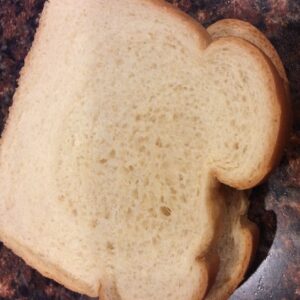 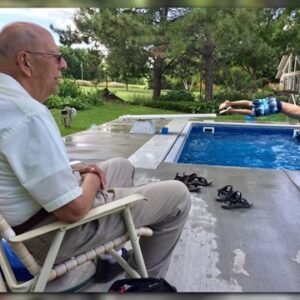 I Am Two Moms: One To My Children and One To My Aging Mother 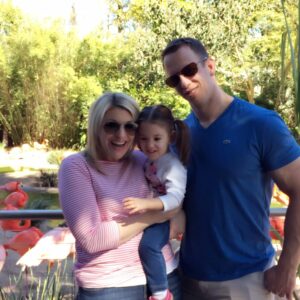