The call came on a hot summer afternoon when I was on my way out the door to run some mundane errand. As I went to answer the phone, I noticed on the caller ID that I didn’t recognize the area code but answered it anyway, which I never do. The voice on the other line was a man with a southern accent who confirmed my identity and then uttered several words I’d longed to hear, “We would like you and Sergeant LeBoeuf to join us in Alaska for our last week of the 2014 season.”

We’d been picked. Finally. We were going to Alaska through Samaritan’s Purse. Their project, Operation Heal Our Patriots, ministers to wounded military personnel and their spouses.

Not more than a month later my husband, the aforementioned, Sergeant Kevin LeBoeuf and I stepped off the plane into Ted Stevens International Airport in Anchorage, Alaska. We’d been up since 3:00 AM Eastern Standard Time, had a layover in Chicago, and finished the last leg of our journey with a six-hour plane ride into Anchorage. We were exhausted. We were greeted at baggage claim by the super-sweet Carol Wong, and waited for another couple that was joining us at the week-long marriage enrichment event. We were loaded onto a small bus that was being driven by her equally kind husband, Kent Wong, to a private reception area. We were given a much-needed lunch and got to meet some of the other couples that would be going to Port Alsworth with us. Before too long, two smaller planes arrived that would transport us to the secluded Alaskan town.

As we took off in the small plane, I looked across the aisle at my husband and could see Denali out his window in the distance. The flight to Port Alsworth was something of wonder. As a lover of the state (thanks Life Below Zero), I was amazed to see its beauty firsthand. The chance to go to Alaska was the first reason we had applied for the trip after all. But, as the plane landed at the small runway of Port Alsworth, Alaska, the trip took on an entirely new meaning for me.

When I looked out the small window of the plane, I saw a long line of people with American flags, large signs saying “Welcome Patriots,” and other sentiments of that nature. They were clapping and jumping up and down. That’s when I knew this was going to be something big. As we exited the plane, we were given handshakes and hugs from complete strangers. I couldn’t count the number of thank-yous that were said to my husband, the other veterans and spouses, and even me. It was overwhelming.

At the end of the line we were ushered to our own personal tour guide, who took us around the beautiful community of tiny cabins, a chapel, a dining hall, and a workout facility. It was gorgeous. Then she took us to one of the small cabins that sat right on the lake. We were staying in the Fox cabin. As we entered, I saw fox-themed colors, wall art, and a beautiful view of Lake Clark. The other couples each had their own cabin, with an animal native to Alaska as the theme.

What happened over the course of the following week is really hard to fully explain. That first night, we shared a delicious meal prepared by the late and much beloved staff chef Jean-Claude Mille and we got to meet all of the Operation Heal Our Patriots staff, as well as our fellow military couples. Some were vets, some were still active-duty. Some were from out West, some from the Midwest, the South, and up North like us. All walks of life. We were all different ages, had children of various ages, but we all shared one thing in common. We had either been injured/wounded in the military after the September 11 attacks, or we were married to someone who had.

Operation Heal Our Patriots, a project of Samaritan’s Purse, flies ten former or active military members and their spouses to Alaska, at no charge to the family, each week for 16 weeks every summer. We all participated in a Marriage Resiliency Workshop, led by former military chaplains and their wives. When not attending the classes, couples have the opportunity to go fishing, bear watching, kayaking, hiking, sightseeing, boating, or just relax by taking in the majestic view of Lake Clark at the wilderness center, or Samaritan Lodge Alaska as it’s called.

The workshops and seminars were very rewarding for us. With God as the focus of each lesson, we learned more about one another and acquired skills we could bring back home to use in our marriage. When we weren’t in one of the educational workshops, we were out living out our Alaskan-driven fantasies. I caught a gigantic salmon off of a beautiful 34-foot fishing boat called the Jay Hammond. We hiked to the thunderous Tanalian Falls, where I learned to fly fish for the first time. We flew on another small plane, called The Otter, to Brooks Camp, part of Katmai National Park and Preserve. Envision being not 20 feet away from a 900-pound Alaskan brown bear and watching him as he rips a sockeye salmon to shreds for his lunch!

The best part of the trip was when, one evening, my husband and I sat down with one of the staff members, Chaplain Dan Stephens, in the beautiful dining hall of the retreat. We were told we could request an audience with any of the chaplains or staff members for personal one-on-one counseling at any point. We thought why not, we’re here. We thought we’d discuss with Chaplain Dan some of our issues we’d been going through at home, nothing too serious, but worth addressing. When we sat down, Chaplain Dan gave us some great insight into our issues and offered up a prayer for our marriage, which was very much appreciated. But then, he did something amazing. He asked me if I was a Christian. I replied, “I was raised Catholic.” To which he replied, “I mean do you live in Christ’s way?” The question puzzled me, I didn’t know what he meant. Chaplain Dan went on to explain what it was that Jesus did for us and ways in which we can live like Him in our daily lives. The impact of the conversation is hard to put into words as it was something that really made me think and question everything I’d known as a lapsed Catholic.

In my past religion classes, we were taught about God and his Son Jesus and all of the other Bible stories, but never really shown what it means to be a Christian. That night, in that dining hall, with my husband by my side, and with the help of Chaplain Dan, I accepted Jesus fully into my life and became a true Christian for the first time.

It was the kindness of the Operation Heal Our Patriots staff that had shown me what it means to truly live as a follower of Christ. The trip is something I’ll never forget, including the people I met and the things I got to see and do. It renewed my faith in the Lord and in humanity. It also brought me and my husband closer together and provided us with tools to enrich our marriage. I’ll always be grateful that Samaritan’s Purse selected us to participate in such a memorable experience. 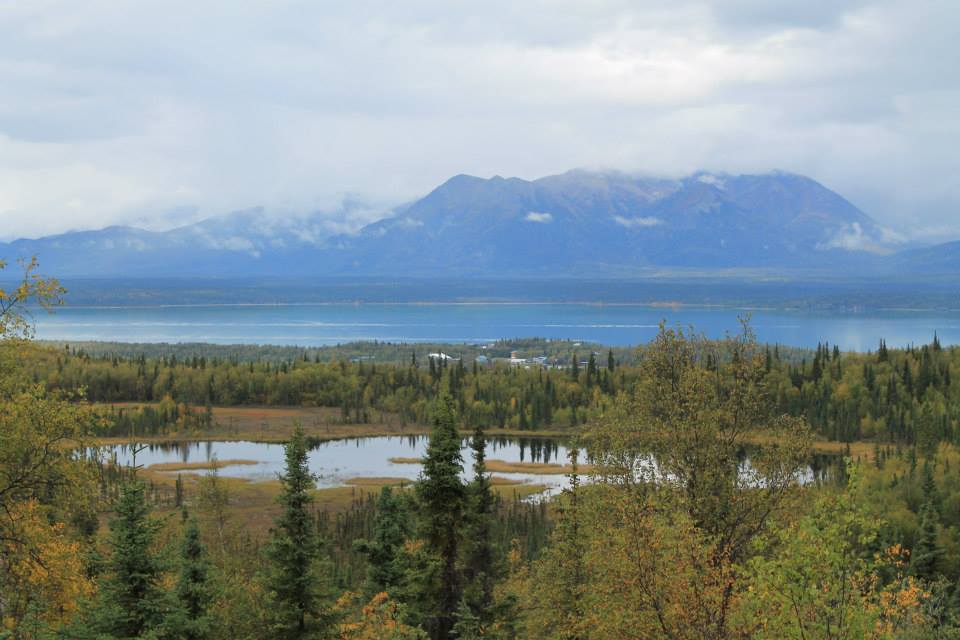