I was a tough kid, matured pretty early. I figured out the truth about Santa on my own at an early age and took it in stride. I didn’t shed a tear when my parents divorced because I knew it was the right decision for them. I made good grades, kept a level head, was realistic in my goals, and kept looking forward. Over and over, I kept hearing others marvel at how I was able to be so “normal” and “strong” in the midst of my chaotic childhood, how I could have healthy relationships when I lived amongst such dysfunction—and I was proud.

I knew my life wasn’t normal. I knew I was facing some pretty rough circumstances. But I was handling it, handing it well, and I liked knowing that. I took pride in my own strength and kept walking toward life with my head held high, convinced I was stronger than anything that would come my way.

“I’m not finding a heartbeat.”

I wasn’t standing proud in that dark room while my doctor desperately shoved the ultrasound wand around, searching for any signs of life. I felt my heart fall, felt my lungs collapse, felt my stomach twist, but I kept my head straight and stared at the ceiling.

I was strong, after all. I’d gotten through so much before this. I knew the statistics, I knew it was early. I’d even somehow known before I’d come to the appointment. I’d be strong and be OK because that’s what I did, that’s who I was, that’s what I was proud to be.

I didn’t cry. Not until my husband went to the restroom. I was surprised the tears were coming—after all, I was strong. I knew this could happen, I never even saw the heartbeat to begin with, so why was I mourning?

I spent the weekend stoic around others and hysterical before God. I sobbed, wept, pleaded, and bargained for the life of that baby I didn’t know and never expected to grieve. I hadn’t planned the pregnancy. I’d felt something was off. I’d always known miscarriage could happen, so why was I so sad?

I wanted to be stronger.

I wanted to be unaffected, realistic. I wanted to acknowledge the loss quickly and quietly and move on. I wanted to be that little girl who didn’t cry when life turned upside down, the girl everyone admired for her strength. I wanted to be anything but the tearful, moaning, snotty, disheveled, desperate woman who walked into the hospital and announced I was there for my D&C. I wanted to be far away, envied and not pitied, feeling whole and not so broken.

More than anything, I wanted to be stronger.

“No, there’s no cure. The damage is permanent.”

I sat across from the doctor who had just delivered such life-altering news as though she were telling me I’d missed the cutoff to be served breakfast. My health had been deteriorating for nearly a year and no one could seem to tell me why. I’d put on a very brave face through multiple MRIs, heart exams, neurological scans, blood draws, spinal taps, and various other tests totaling up to 41 doctor visits.

I’d become disabled, unable to drive, barely able to walk. The photography business I’d spent more than a decade building and loving had to be closed overnight. I couldn’t cook dinner, couldn’t pick my children up from school. I could barely make it through a shower.

RELATED: Suffering As a Chronically Ill Christian is Hard

Through all of the tests I’d kept everyone updated, cracked jokes, and looked forward with determination. I’d been strong, no one could deny me that. I kept trying, kept seeking an answer, an explanation, a cure. I refused to just accept the sudden loss of my health and independence and forged ahead, strong, until I found myself in the room where I finally got the answers I’d been working so hard toward.

I wanted to be so good at adapting, so seamless in the transition from ideal to reality that my reality seemed to be ideal.

More than anything I wanted to be stronger.

“I’m sorry, we tried everything we could.”

I was in the parking lot of the hospital, just minutes away from my mom’s bedside, and hadn’t made it in time. I hung up the phone and numbly, silently walked into the building. A few days later, I sat in the funeral home, numbly, silently making plans. I looked through old photos in bed, numbly, silently. I read the texts, messages, and notecards full of sympathy, expressions of sorrow and support for me, read them all numbly, silently.

We hadn’t had a great relationship, my mom and I. I’d mourned her many, many times while she was still alive so I assumed the numbness meant I was just OK, I assumed I’d done all my mourning, so I remained silent.

I assumed I felt nothing because I was strong.

Then it hit. It hit me hard. And it hurt, it hurt bad, and it still hurts. And I don’t want it to hurt because I made it through childhood without hurting, because I grieved a miscarriage without anyone realizing it, because I am strong and very few things are supposed to make me hurt.

I know I need to grieve. I know I need to mourn. I know that admitting my pain isn’t the worst thing and being human is more of a testimony than being stoic. But can we also all agree that pain sucks? No one wants to run toward pain, to allow it to overwhelm. I’ve held it off for so long now that I know my tipping point is near. The loss of my mother is still quite fresh, and I know someday soon it will prove to be too much, and all I’ve kept hidden will come pouring out. I don’t want to be inhuman, but I don’t want to hurt, either. I only want to be stronger.

I’m afraid of what will happen when my strength finally falters, and I allow myself to grieve.

Being strong doesn’t mean you never cry. It means you find the courage to continue within the tears you shed. Setting boundaries is a facet of strength that is often overlooked. You cannot be the mama, wife, friend, sister, aunt (and more) you are called to be if there is nothing left of you at the end of each day. There is strength in setting limits, both for yourself and other people, that can’t be found anywhere else. RELATED: To The 30-Something Moms Some of the strongest people I’ve met know how to ask for help. They set aside their... 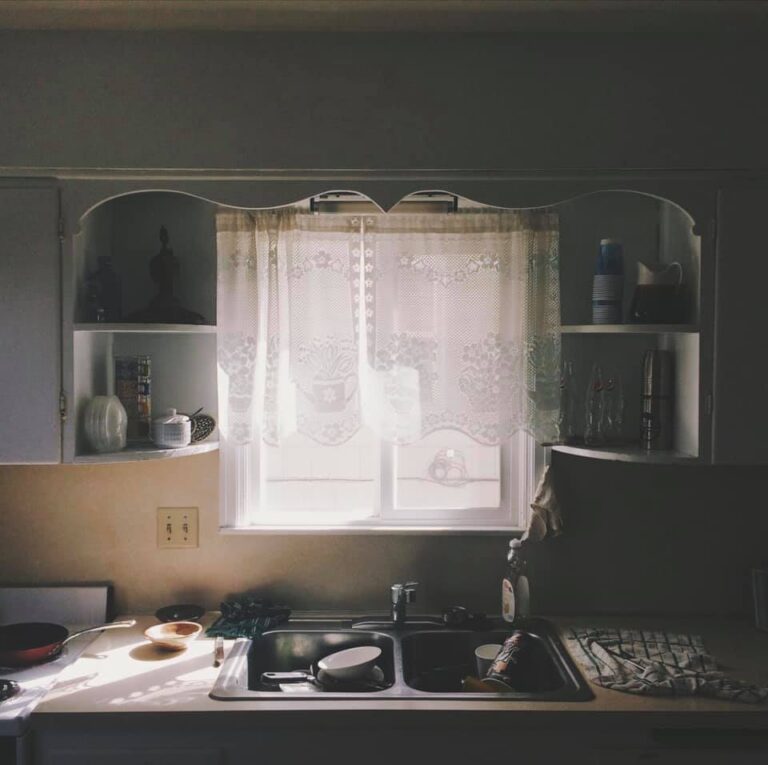 “You’re in charge of dinner,” I told my mom last night. I was just so tired. I recently started a new job and the learning curve was exhausting. All that topped with listening to my kids screaming downstairs all day, while I worked in my bedroom, left me mentally drained in a way that I never felt pre-COVID. RELATED: This is the New Mental Load of Motherhood “Ok,” my mom responded. “Should I give the kids mac and cheese? Fish sticks? Do both the kids like fish sticks?” I pretended not to hear her as I walked upstairs. By delegating...

Why Do We As Mothers Work So Hard To Hide Our Feelings?

Is it just me or do we hide our feelings too much? When my depression and anxiety were at their worst, I remember feeling immense shame and guilt. I desperately wanted to hide all of it from my kids. All of those bad feelings. There was no way I would let them see me fall apart. I was their mom, their rock. I had to have it all together. I had to be the best version of me at all times. But then . . .  Then came the days when I couldn’t get out of bed and the tears wouldn’t... 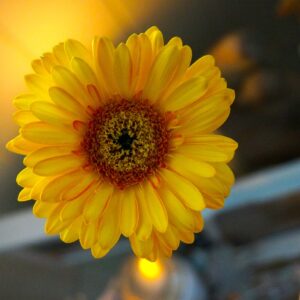 My son is always in my heart: What that means to a bereaved parent. 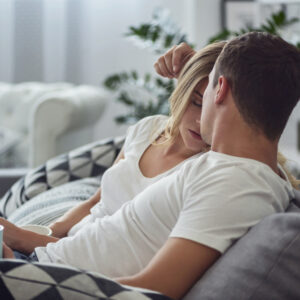 To the Wives of Husbands Working Long Hours 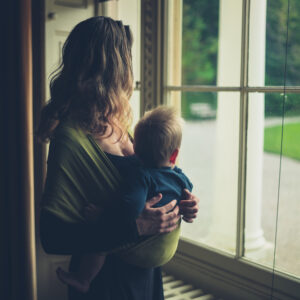 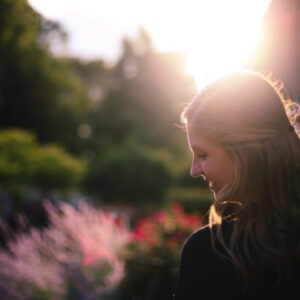 Me, my epidural, and the gospel 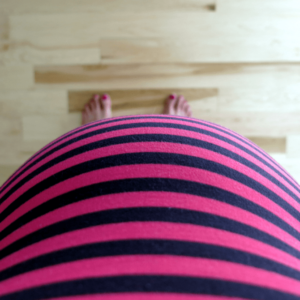 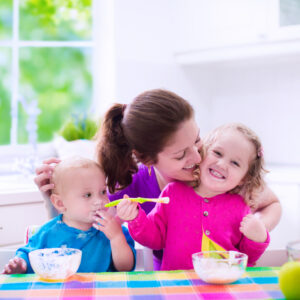 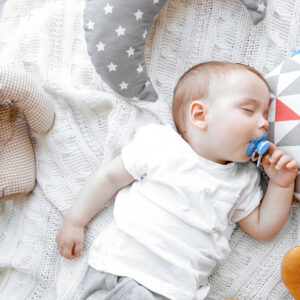