Click here to read the first part of this story…

Finally, a nurse said, “Do you want to know what you had? You have a boy!” A son! Ronny and I looked at each other again and just cried. I don’t even know what had just happened, but I do know that God gave me the strength to get through it (even with no pain meds) and that we had a baby boy! Ronny went to get pictures and they rolled him over to my bed to touch him quickly before they took him off to the NICU. Ronny told me later that the right side of his body was twitching and they needed to get an IV line and artery valve in him to administer antibiotics to fight any infection that might have gotten in his blood from my blood. They also weren’t sure what the stress and trauma had done to his little body. They were worried about this liver and kidneys, as well as any brain damage. I was barely able to touch him through the bed rail, but that soft head of hair was the best feeling ever.

I wish I could say it all got better from here. But it didn’t. I was still bleeding profusely. The doctor wanted to get me to an operating room to have more light. Then the room started spinning again. I told Melissa it was getting dark and spinning and I was out again. Not as long this time, but I remember being rolled to the elevators and into the operating room. My heart was racing and it was getting hard to breathe.

In the operating room, they still didn’t give me any pain meds because they still weren’t exactly sure what was happening and didn’t know how my body would react to any drugs. They also kept me conscious the whole time because they didn’t want me slipping into a coma. I remember most of the conversations, but did pass out from the pain a few times. I was also losing a lot of blood. Nurses were calling for more blood and I kept telling the doctors that I was having a hard time breathing. It felt like a ton of bricks was on my chest. They still weren’t sure what was happening to my body, but they knew it had to be something with my blood. Dr. Cada looked at the needle pokes on my side where Dr. Timmons had stabbed them in after stopping the epidural and noticed that they weren’t clotting. This was the clue they needed to make a fast diagnosis – which saved my life. They did a blood test quickly and figured out that amniotic fluid had gotten into my blood system and thus my body was rejecting my own blood and wasn’t coagulating. This is called an amniotic fluid embolism.

This condition is so rare that many doctors just read about it in textbooks and as a result the exact process is poorly understood. It is believed, however that once the fluid and fetal cells enter the maternal pulmonary circulation, there will be profound respiratory failure with cardiovascular shock followed by convulsions, profound coma and hemorrhaging. Dr. Cada believes this happened when my water broke, but there is truly no way of knowing – or knowing if it could happen again. You can read more about this condition here.

At the same time since I was losing so much blood, I went into DIC. My heart and lungs started shutting down. It was hard to breathe. The doctors working on my blood, heart and lungs were asking each other, “Do you think this will work?” or “What if we try this?”. Hearing this didn’t give me much hope, but I again leaned on my foundation of faith and prayed to God for answers. After eight blood transfusions, and several units of fresh-frozen plasma, platelets and other things that I don’t even know, I started to stabilize.

They took me to the ICU to continue working on me and had a team ready to get me more blood. My parents had come in at this time and were able to hold my hand while they continued to press on my stomach to get the bad blood out. Mom said the nurse pumped the bags of blood for over an hour to get the good blood in me since I was losing it faster than I was receiving it. Thank you Lord for people who donate blood!

The most memorable part of being moved over to the ICU was when Ronny walked into the room with a picture of Chisum and said, “Here is your son!” Again, burst of strength. God knew that I was getting tired and losing hope through all of the pain, but this beautiful sight – something that HE created – gave me strength to keep fighting. Later that evening, the NICU brought over an iPad and I was able to FaceTime with my new son. Seeing his face and hearing his little noises was so amazing. No new mother wants to meet their son for the first time over a video, but considering all that we had both gone through, I counted it as a blessing.

I spent that night in the ICU and the next morning and got to meet my son in the NICU the next afternoon. God continued to show me His grace in every test that I received that came back OK. Like the EKG that first showed I had had a heart attack, to the second one showing my heart was OK. Two of my doctors had seen or heard of an AFE happening to their patient and they hadn’t survived. I later learned that even though this is a very rare occurrence, and AFE occurs one in 40,000 births with survival being rare. S

Surviving was truly a miracle. 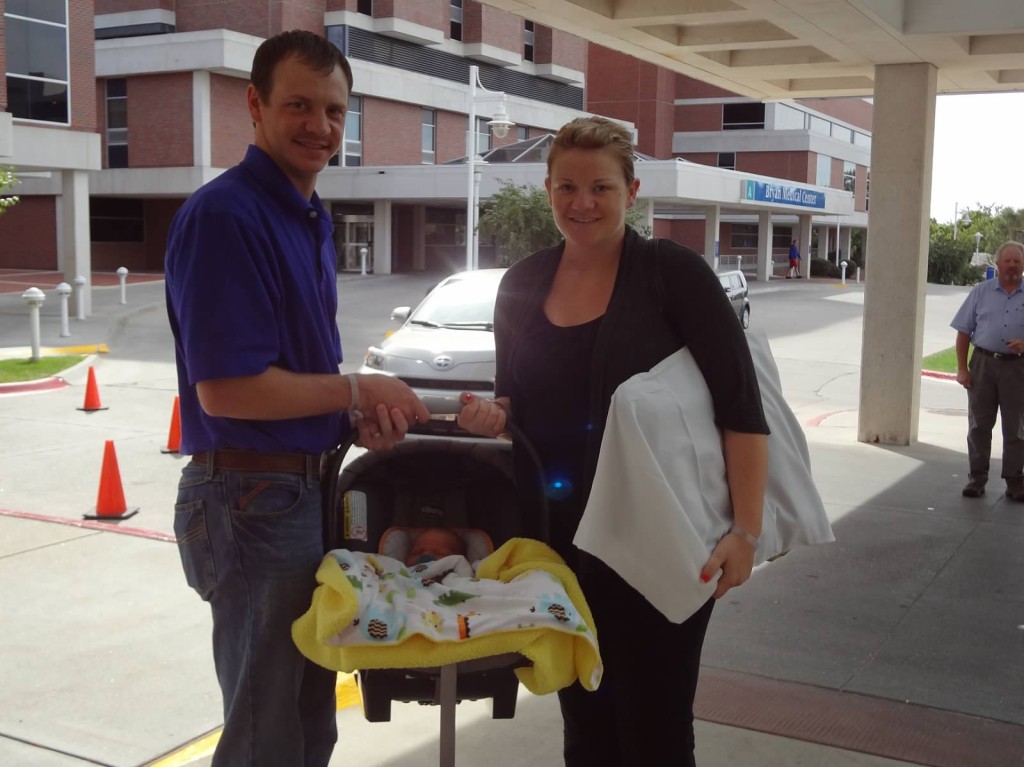 It was so humbling to know that first and foremost, God had given me the strength to be a fighter and to overcome this almost-fatal experience, as well as allowing our son to be born alive. And second, that the team of doctors worked so well together to problem-solve and figure out a solution – and fast – to this rare event that had happened to me. I had gone in to have a baby being perfectly healthy, yet this medical anomaly had happened to me. I know and believe that God put that team of doctors together and the timing was His timing to provide for Chisum and me. Knowing that God gave me the strength to fight through, as well as providing Ronny the support to stay strong for me and overcome all that he went through emotionally, is a testimony to God’s provision for us and ability to perform miracles.

Two miracles happened on September 9. And they weren’t just any miracles, they were miracles from God.

Please learn more about the AFE Foundation and how you can help this condition from happening to other moms and babies.

Also PLEASE donate blood! Blood donation saved my life and you can simply save the lives of others, too! Find a place to donate at the Nebraska Community Blood Bank or the American Red Cross. 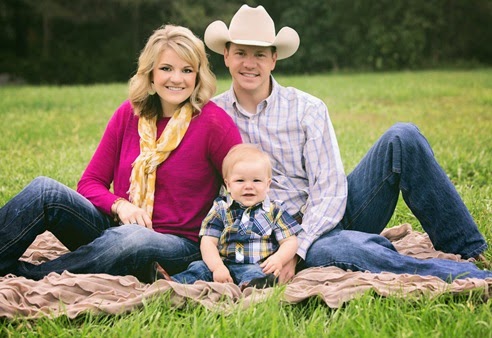 I’m an ag gal born & raised in agriculture in Colorado, ag-educated at Kansas State, worked for agriculture in Nebraska, and am now back on the family cattle ranch. I'm also a mama to a ball-of-fire little boy who allows me to work from home and play with everyday. I’m an advocate for livestock and food production, married to a wonderful beef guy, enjoy runs with my cow dog, Hank, and love crafts, quilting, writing, decaf coffee, traveling and time with my family. I blog about agriculture and life on the ranch at agonthe4front.com and blog about life, being a mama and one of my favorite stress relievers - quilting & sewing! at littlebirdie2.blogspot.com.