It appears I owe you an apology. You may not remember me, but I first remember you from my childhood. I was the younger sister of two big brothers who enjoyed watching you get REALLY mad about stuff back in the 1980s. I can’t say I remember any specific plots, just that there were a lot of creepy green muscles and shirt ripping that happened. I wanted to be brave like my brothers, so I sat there and watched you do your angry stuff, but I’ve got to admit the whole thing gave me the willies.

Then about a decade ago I was reintroduced to you while working in a boys home. We watched a movie you were in and I was seriously unimpressed. You were brainless. You were heartless. You were depressing. You really just seemed like an excuse to try out new CGI technology.

During my time working with preteen and teenage boys I saw a lot of superheroes come and go. I had my favorites. Superman was righteous and strong. Spiderman was clever and agile. Batman was resourceful and dark. But you? I just couldn’t find a redeeming quality.

When little boys want to be Spiderman they jump from couch to couch with their hands clenched in a web-slinging pose. What do little boys do when they want to be Hulk? They smash stuff. They stomp around and break things. Not cool, Mr. The Hulk. Not cool.

So when my own sons were just old enough to become aware of the superhero world I introduced them to Spiderman and Superman. Two quality men bent on saving those in need and protecting those who are weaker than then. As my boys got old enough to ask the tough question—Can we watch The Hulk?—I laid down the law. No Hulk in my house.

They begged. They pleaded. What did I have against you, they wanted to know. You were just a hero like the others. Why were you not invited into our home? I tried to explain to them that you weren’t like the others. You were dangerous. You told little boys it was okay to let their anger rule them. You taught them to smash things that got in their way. You turned off your brain and lead with your instincts, which admittedly are pretty questionable. 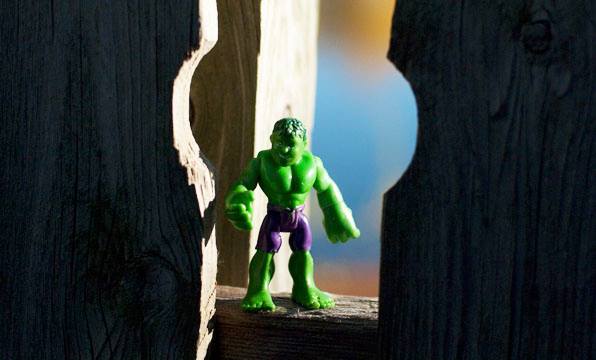 Of course as superheroes are prone to doing, you snuck your way into my home anyway. It started with an action figure, then maybe your picture on a t-shirt. You always found a way to tag along with my other preferred superheroes so I found it hard to argue against you. The boys want a special Spiderman car that happens to come with a Spiderman AND a Hulk? Very sneaky, Mr. The Hulk.

So it was with a vague disinterest I sat down with my husband and a bowl of popcorn to watch “The Avengers” a couple weeks ago. I was prepared to root for Captain America and probably be irritated with Iron Man, but I didn’t even give a second thought to your presence. I assumed they’d throw you in at the end and you’d smash stuff. Yay.

I have to admit I was a little surprised to see your Bruce Banner character being played by Mark Ruffalo. Wait. . . the guy from “13 going on 30”? In my mind he was best suited to that kind of a sweet, goofy character and I thought there was no way he’d be believable as YOU. But I was wrong. And that’s where my apology has to start.

You see, there was something so REAL about you as portrayed by Ruffalo. All of the sudden I felt like I knew you. I kind of felt like I was you. I’ve been an angry person trying to hold it together. I’ve wanted to be known for my talents or hobbies or charisma but instead been judged by the stupid things I’ve done when I’ve been irritated. It’s a hard lesson to learn- that even when you’re “always angry”, you have to function in a world where you can’t just let fly with your every frustration. You, Mr. The Hulk, are my hero. 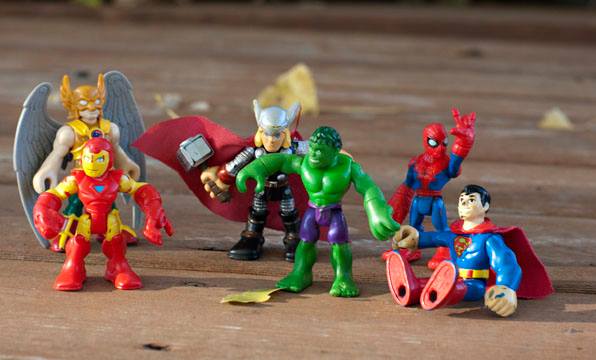 So after watching “The Avengers” I went back to my little sons and told them I was wrong. You ARE a hero, and a good one. You may smash when you are righteously provoked, but the vast majority of the time you are keeping your desire to smash in check. Just like my boys need to do. It was a great way to talk to them about how the Bible says “In your anger do not sin:  Do not let the sun go down while you are still angry.” We all get angry, but what we choose to do with that anger is what indicates the state of our heart.