Paging Dr. Sharon (Can You Help Me Find Her?)

I just recently had the chance to visit a place made of dreams – New Orleans. I have been fascinated by it for as long as I can remember, and it is actually like a character in my book Prodigal Lost. I hadn’t thought about it in quite a while until I heard a news report stating August 29th 2015 marked the 10 year anniversary of the disaster of Katrina. Then it all came whisking back to me, clear as day. I remembered the impending premature birth of my twin sons in 2005, and a friendly face that still dances in my head. She was an angel to me in that hospital, and I’m sad to report that I’ve lost contact with her. But her impact on my life is unforgettable.

My story with Dr. Sharon is short, but I long to reconnect with her. Do you think you can help me? Can you share this post, my plea to find her again? All I remember is her name, and the short amount of time I had with her at the University of Nebraska Medical Center, in the end of September through the middle of October, 2005. Will you share this and help me find her?

Gabriel’s sack was near rupture. He was close, too close for the doctor’s liking. At 6:56 am I was getting whisked away to an emergency c-section. My husband Nate had to stay behind as he was told that by the time he would dress in scrubs the procedure would be over and the boys would be here. He kissed me goodbye and I tried to be strong.

The Doctor, Sharon, who had been constantly by my side was flitting around me and directing the nursing staff. I was unhooked from this and hooked back up to that. They all were gentle and avoided eye contact. I believe they all were fearful for me and my unborn sons. Sharon took my hand and looked straight at me as she must have seen that I was looking for an explanation. I must have looked so afraid, and truthfully I can’t believe I wasn’t crying…yet. As she squeezed my hand she spoke quietly to me.

“Erin, it’s going to get very loud and there will be a lot of people around you in the surgery room. I’m going to be right here, I won’t be leaving you okay?” I nodded as I answered my understanding. My eyes then fell on Nate, who was at the other end of the room waiting for the staff to take me away.

This wasn’t at all what we had expected. It wasn’t how it was supposed to be. None of the books I read or the articles I looked up about multiples ever talked about what could go wrong. They just told me about how I knew that things were alright. Or maybe they did talk about the bad, and I just skipped over those parts because I couldn’t fathom anything going wrong. My emotions were beginning to get the better of me, and I was slowly sinking into the thought that I was going into that surgery room alone and cold, and would come out alone, cut up and in a lot of pain. I wanted it all to be over, and yet I didn’t want it to end this way. This was not the time for my mind to start playing with my thoughts of mortality.

“I’ll see you soon, don’t worry okay?” I remember saying. He was so much the picture of the calm I had wanted to have, and hoped that I exuded to him. I felt him kiss my forehead and the tears couldn’t stay in any longer. I was wheeled away and his hand dropped from mine. It was here that I was paralyzed with sheer terror.

I had had nightmares of being able to feel everything during the surgery and here I was being wheeled into a cold operating room without my husband, to face my biggest fear; becoming a mom through incision.

Sharon held my hand as she said she’d do, and stayed by my side as I was undressed and shifted to the operating table upon my own volition. I laid there naked in front of ten strangers at least, as one person doused me with iodine and Dr. Jacobi was detailing to those around her how she anticipated proceeding. The anesthesiologist then looked at me from above and behind me, and explained the apparatus he was about to place over my face. Sharon squeezed my hand as she smiled at me a pitying smile that somehow warmed me.

“This will take affect very quickly, and you’ll be sleeping away in two minutes.” The anesthesiologist nodded as he placed a black mask over my nose and mouth.

I shivered. Not from the cold or from the thought that I was naked in a room of strangers; I was petrified.

Then, I started to hear more of a commotion than what I had quickly deemed as “normal” in that operating room. At my feet I could hear Dr. Jacobi telling me to stop pushing, and other doctors and nurses conveying the message to me as if I couldn’t hear her. I could feel a strange sensation in my body; a cramping tight feeling in my abdomen over which I had no control. The cries from the staff around me intensified and I could hear my own voice, muffled by the anesthesiologist’s mask that I wasn’t pushing. I was so mad that they thought I was causing more issues, and that they thought that I could stop whatever was going on in my own body.

I succumbed to the gas finally. It was the longest two minutes of my life.

Three and a half hours later, a haze surrounded my eyes and what I saw as I came around finally. I was in a small white room that felt as if I was off to the side of something bigger and people quickly stepped around me to get somewhere more important. There, I saw the familiar face of Sharon, who was smiling and telling me it was about time for me to be awake. She affixed my glasses to my face, as I’m sure I smiled at her graciously. She then took my hand and slid a button into it, which was attached to the stationary machine beside me. She placed my thumb over the button, and with her thumb she pressed the button and told me “if you feel any pain, you do this.” It wasn’t on yet, and she pressed the power button after showing me the function of the device.

I was once again wheeled to the next destination, and I was so excited to see that I was being introduced to my sons. After seven months of waiting, I would meet my sons and everything after that would be okay. We would get out of this hospital, I would figure out this “mom” thing, and my little family would be healthy and happy just as I’d been envisioning it.

Not allowed yet to walk after my procedure, I was wheeled in to the NICU on a padded gurney. Maneuvering was impossible in that place, and between the morphine button in my hand and the gaggle of beeping instruments and gadgets around me, I soon felt overwhelmed. I didn’t know how to be a mom or how I was going to react to seeing my children for the first time. I attempted to calm my fears by taking deep breaths as the nurse and Dr. Sharon smudged me through the tiny walkways, curtains separating the tiny plastic boxes that kept the tiny babies warm and comfortable.

Dr. Sharon also gave me two small fleece blankets for the boys. She had chosen to match the theme of their room perfectly; bright blue fleece with brightly colored cars and planes on them. She placed them tenderly on the incubators and said I could place them on the boys in a few more days, once their skin was less fragile. I’ve kept these to this day.

I didn’t have to be told which were my kids- I could recognize them. It was eerie but as soon as I saw the red hair of Gabriel and the face of Wesley I could tell they were mine. I leaned up on one elbow which caused incredible pain at my incision and caused me to hit the button once again to phase the pain away. With the pain however, I knew that I would only be conscious for a few minutes before the black would envelope me. I saw them, and though there were harsh looking wires connected to them and blue breathing tubes connected to ventilators, I miraculously didn’t feel fear. I saw these as obstacles yes, but I didn’t see them as insurmountable. It would be nothing to my children, my sons, to conquer what lay ahead of us. I never thought of the situation negatively, at least not while I was there.

Not long after this first encounter with my sons, Dr. Sharon was called away, back to New Orleans. I haven’t been able to keep in touch with her since, and the announcement of this anniversary has called to memory just how special a doctor she was to me and my little insta-family.

So in honor of the resiliency of New Orleans, and the beautiful image of a doctor I have in my heart, please help me find Dr. Sharon! I need to tell her thank you, that God blessed me with her calming words and steady smile. She was my angel in some very dark days. 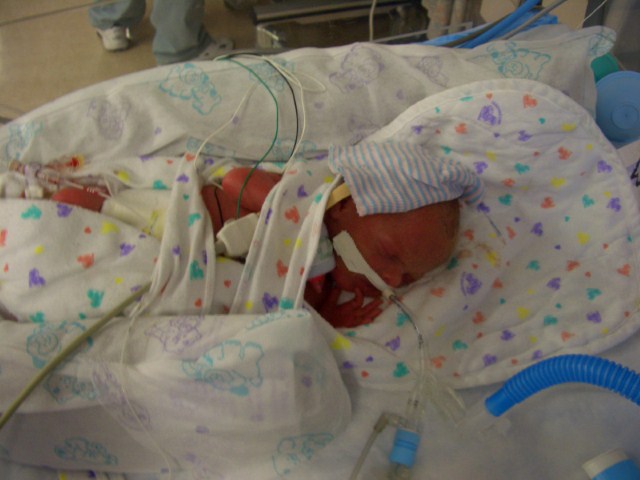 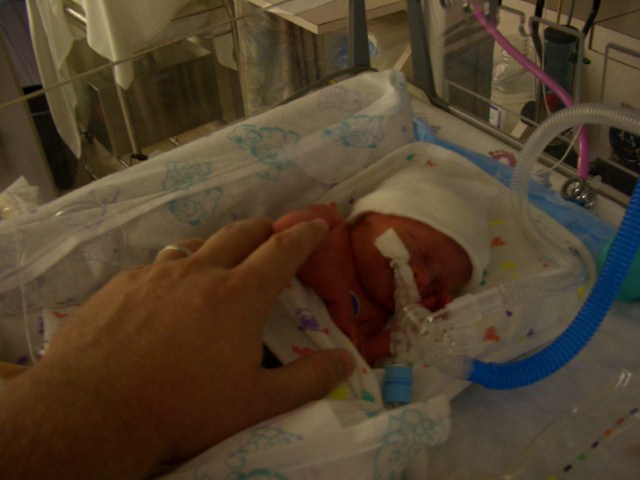 Hailing from Nebraska, E.L. Pearson is a graduate of the University of Nebraska-Kearney where she honed her writing talents and fed her desire for enchantment through studying classic literature. Her one-of-a-kind writing style reflects this love in her upcoming Prodigal Lost series. Fascinated by her childhood church, her unique perspective was forever changed when she attended a teen revival and accepted Christ as her Savior. Her mission is to encourage and uplift those in perpetual darkness. She seeks out those who feel God couldn’t possibly love them because of what they’ve done in the past. She desires but one thing-to let the world know that no matter the sin, no matter the stain from the past, Jesus is the cleansing power. As her relationship with God has grown, so have her blessings which include a patient husband who is kind and strong, and twin sons who remind her just how much God loves her. Together, they do life together in Kearney Nebraska.