Today is the day I failed and admitted it

Sitting here on the couch with Meg watching Dora. I am exhausted. I am drained. Robert is sick, he has been sick on and off for a little bit now, but the last day or so he has had a lot of trouble sleeping. This means Mom hasn’t had a lot of sleep time.

This morning he is just crying. Lots of crying. Almost constant crying. Meg didn’t want to get ready this AM. I needed to change her diaper, but – no – she thought running, hiding, going limp, or just refusing to help in any way was the best route.

I got that diaper on her but now she needs shoes. Any shoes. I don’t care. She starts crying. Robert is crying. Luke is upset because Robert destroyed this tangram thing he had been working on. Jack was throwing all the attitude in the world my way because last night I told him to take a shower first thing this AM because he was filthy. Visible dirt pretty much all over him.

When I said it was time to get our shoes on to go to school he said he wanted to take his shower. What?! There were only like 10 minutes before school actually started. I said to just wash his hands and face with soap and a washrag. I was told that I hated him, his life sucked, his day was ruined, he didn’t want to take a shower or wash his hands and face. Why did he have to? It was stupid.

He slams a door, I follow to ensure the job is done, and he refuses to move. I wash his face for him. Washing his hands becomes quite the thing. If it weren’t for the fact the he had marker and visible dirt all over them I might have said skip it. He digs in his heels. I lose it.

Now he has tears rolling down his cheeks, and I immediately realize I crossed the line.

Sometimes I forget words hurt. Sometimes I forget he is just a kid. Sometimes I forget that I am the example. How I parent, how I should use moments to teach instead of becoming angry,  and how it is my job to show him how to respond to situations. I failed. The day was new, and I probably ruined it. I hurt him. It seems that everyday I have this list of ways I can be a better mother and they are simple. Little things. Things like have more patience, don’t lose my temper, don’t cuss when angry (which is something I started doing again after not doing it for a few years), and everyday I fail. Everyday I have to say I didn’t do it. I couldn’t even make it 24 hours.

If it is so hard for me to be better, if as an adult, I try and try and fail and fail why do I get so upset with my kids for messing up? It is how they learn about forgiveness, the right way vs the wrong way, how to see the areas that need improvement, and it is just a part of life. No one gets it right all the time. Adults don’t. Kids can’t be expected to.

I apologized. I admitted that I messed up. I reassured him of my love, how special he is, and we hugged for awhile(we both needed it). It didn’t feel like enough. I feel horrible. Sometimes I yell and scream to sort of let out all my frustrations and worries, and once I yell and scream it is done. I feel so much better. I let it all out. I forget that just because it helped me release my pent up feelings or emotions doesn’t mean it didn’t make or leave a negative imprint on the people who were around me at the time.

I hate how I know this, how I try, how I plan on trying, and then I fail. I often pray that I am a better mother and person, to be what my kids need, to love them how they need to be loved, and to have the strength to raise them up and not bring them down. 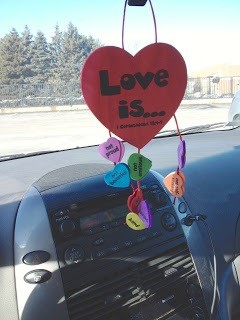 Becky Weigel is a mother of five kids. She recently moved to the suburbs of Chicago after having lived in Indiana and before that Kentucky. Writing blog posts over the years has been a way to keep in touch with family and friends. When you have four boys and a girl life is never dull, the unexpected happens at every turn, and it is a life gone crazy. Hopefully, when you read about her boisterous life you don't feel so alone, and maybe a little bit better about yourself.