When Your Baby Boy Grows Up

As you smile sweetly at the new baby boy bundle of joy in your arms, you wonder what the future holds for your little man.

I can’t tell you what your baby boy will look or act like when he’s all grown up, but I can give you an idea of what lies ahead.

You’ll wake up in the morning with a three-year-old sleeping sweetly beside you in your bed, and you won’t know how or when he got there, nor will you mind in that rare, innocent, still moment that he was supposed to stay in his big boy bed.

He’ll be six years old and still not know that dandelions are weeds; and he’ll bring you bouquets just to see you smile.

When he’s nine, you’ll be the keeper of the secret that he sometimes still sleeps with his favorite stuffed animal. The same one he snuggled with in his crib. And you’ll help him find a good hiding spot for it.

And then he’ll get older, and he’ll want to be independent. He’ll challenge you. He’ll see the rules of your house are the same or different than his friends and he’ll give you a run for your money either way. It’s because he’s thinking ahead. He wants to grow up, but he can’t… just yet.

Sometimes, when he’s a teenager, he’ll tell you about that girl that he likes – as long as none of his siblings are around. Or he’ll tell you where he really went with his friends, and you’re surprised he fessed up.

He’ll work hard at his passion and share his excitement with you. And if it involves sports, he’ll smell awful!

He’ll try dangerous things. Stupid things. Some other child’s parent might tell you that your son crossed the line, and you’ll thank them.

He’ll do brave things. Smart things. And someone will tell you about how impressed they were with how hard your son worked at helping them. Occasionally that stubborn streak shows an upside of determined persistence.

And when he tells you that you just cooked his favorite meal and it was the best ever… make a mental note of that. He’ll always be hungry, and important conversations often happen in the kitchen.

I once had a mother of girls tell me that mothers of boys were crazy. Delusional. Maybe we are. Maybe we see this big, tough exterior and think we are the only ones that know about the soft heart that lies beneath. We hope that some girl won’t look at his strength and think he is unbreakable.

I once had a mother of boys tell me there’s nothing to worry about when they’re older if you raise them right when they’re little. In teaching right from wrong, you can’t cover everything, but mostly, raising them right is really about love. It’s apologizing to your boy when he pushed your limit and you lost your temper. It’s a hug and a good night prayer no matter how old he is.

Someday, he’ll have taken your advice to heart, and when you’re in the car driving home from somewhere, you’ll talk and admire the sunset, and end up singing together the song on the radio. The one that he downloaded on his iPhone that’s playing on the station that you didn’t think he listened to anymore.

Later he’ll say, “Mom, you were right.” And you’ll still wonder what the future holds, but you’ll know he knows you’ll always be in his corner.

The next day he won’t tell you something he should have. Maybe you’ll find out and maybe you won’t. And there are some things you won’t want to know. He’ll disagree with your concerns. He’ll go off on his own and succeed victoriously or fail miserably. And he should. Because he’s not a mama’s boy; he’s growing into a man who can treat his wife and daughters right, still bring flowers to his mom, and mow his grandma’s yard for free. And respect his female colleagues at work.

And they tell me that no matter how old we get or how old he gets, we’ll never stop worrying about him or loving him. No matter how big or small the joys or the struggles, he’ll still say, “I love you too, Mom.”

Out loud or not.

Because when he was eight years old, you let him climb on your lap and his skinny legs spilled over the side of the chair as he looked up at you with swimming-pool-bleached-blonde-hair and a summer-tan-freckled-face-smile. And you still remembered when he was tiny in your arms.

And you smiled sweetly and wondered about his future a little more… and knew you would love him through all of it. 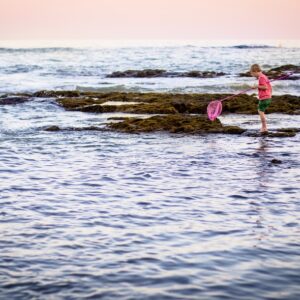 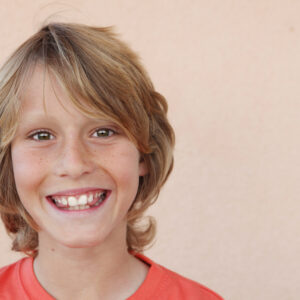 Somehow, My Baby is Turning 13

You Never Really Know Until You Get There 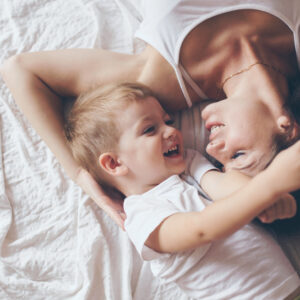 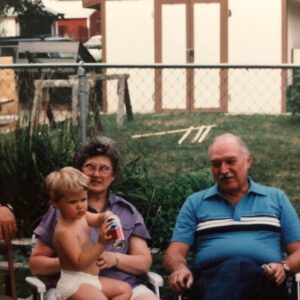 This Time With Grandparents is So Precious 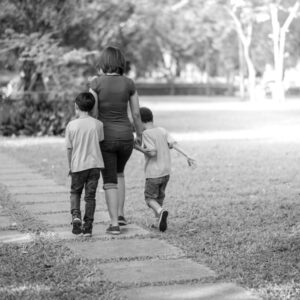 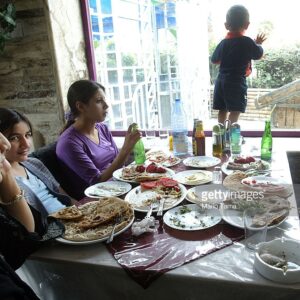