The story of how it all began:

Once upon a time there was girl. A lovely, unassuming girl. On a spring afternoon, she went for a walk at one of her favorite spots. The 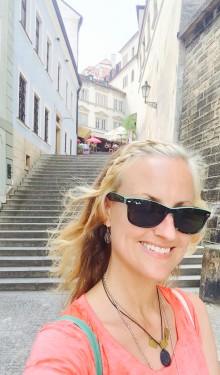 shimmer of sun on the lake mirrored the floor of her classroom after students borrow glitter from the art room to complete a project. She turned her face to Earth’s star, with eyes closed, and soaked in the rays. Popping in her ear buds, she started the tunes that accompany her daily exercise. As it turned out, this would be no ordinary jaunt. Just as her first footfalls hit the path circling the lake, she received a phone call from her doctor. Something was odd right from the start, this call was returned too quickly in succession from the message she left just minutes before.

The doctor had been working tirelessly over the past several weeks. Determined to find the root of the girl’s problems, she ordered legions tests and procedures. For the sake of our story, we’ll focus on the symptoms at hand for it would require a multitude of doctors working 24 hours a day to even scratch the surface of ALL the girl’s problems. The doctor’s attention was to the pains including but not limited to stomach-aches, nausea, cramping, and weight-loss (which actually belongs in the category of “positive effects,” the lone inhabitant of this classification). And finally, the symptom that started it all (and is most unladylike): diarrhea. Constant diarrhea.

The girl diligently muddled her way through the doctor’s examinations. First up was a CT scan revealing her pancreas was swollen and there are some “nodules” in her liver.

“Do you even need a pancreas?” the girl asked innocently. With her limited medical knowledge, she ran through the list in her mind of the several organs it appeared doctors just remove on a whim. It seemed like pancreas could be there… the answer, however, is YES. You most definitely need a pancreas.

“Oh.” Pause for processing and storing of new information. “Of course.”

The girl was a true champion through many, many blood tests. Read: A LOT of needles. Finally, an MRI revealed a tumor in her pancreas, prompting the aforementioned phone call. The doctor apologized as she explained to the girl she has a tumor in her pancreas which is causing her symptoms. She told the girl it’s a neuroendocrine tumor. The girl was dumbfounded but managed to get enough words from her brain to her mouth to ask the doctor to email her all this information because, you see, she was walking at the lake and didn’t have a paper and pen to write anything down.

In a somewhat odd conversational piece, the doctor revealed this is the same tumor as “someone famous.”

“Are you familiar with Steve Jobs [founder and CEO of Apple]?” 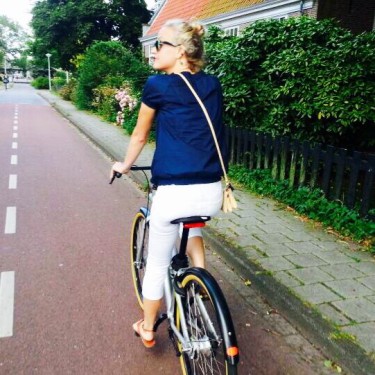 She was indeed. In fact, she exclusively (and snobbily) only uses Apple products. The problem, the girl was thinking, Steve Jobs died from cancer. She managed to mumble a thank you (yes, she thanked the doctor for this “news”) and hung up the phone. The girl used the remainder of her walk to cry, laugh, gasp for air, and stare at the grass which suddenly looked like the perfect place to just lay down and stay forever.

That evening the girl learned the first rule of a diagnoses such as the one she just received. NEVER, under ANY circumstances, Google your condition. Around 4 am when she found herself wide awake, this is precisely what she did. Approximately three minutes after frantically clicking and skimming several links, she slammed her laptop shut and began pacing the room. As no one yet knew the news, the girl suffered in silence, got ready for work and finished out the week. TGIF never had a greater meaning.The next step was a biopsy and more blood tests. The biopsy was scheduled one million years in the future (about two weeks). The girl decided a few people should know about this silly tumor, which would be cleared up in no time as soon as a surgeon could get in there and snip it out, so a few people were told. Her sister and her best friend cried.

Five days before the biopsy the doctor informed the girl, via email, one of her blood tests was wildly off the charts. It was a Friday again. The test prompted them to believe this tumor is a gastrinoma. Good to know, thought the girl, the more information, the better.

“I have put in a referral to oncology,” the doctor continued.

Wait a minute, I’m blonde but I’m pretty sure oncology means cancer doctors… does she think I have cancer?!

“I think you have cancer.”

The good doctor was right! The biopsy confirmed it was indeed cancer. Time to schedule an appointment with an oncologist. So the girl did.

Lindsey is a teacher/writer/artist/catlover/yogafiend/traveler. When she is not in the elementary classroom relaying her love of reading and writing, she can be found on her yoga mat, bicycle, on a plane, in the Rocky mountains, or on a Denver rooftop-patio loving the Colorado life-style. Follow me on my blog: http://havecancermustblog.blogspot.com/