Being Sensitive is My Superpower

What is the false narrative you’ve accepted about yourself? What is the messaging you’ve allowed to take space throughout your body, your mind, your heart . . . your soul? Friend, I want you to stop a moment and really reflect on the lies you’ve been told so long that you are now the narrator.

Mine is that I am too sensitive. I don’t think I’ve ever heard the description of sensitive unless it was precursed with the too adverb. As in, too much work. Over the top. Dramatic. Thin-skinned. In my life, sensitivity has certainly never been associated as a compliment.

Funny, I’m often told I’m too sensitive by the people hurting me.

The person who accuses me of being anorexic.

The bully who leaves bruises on my shins under the desk when I threaten to tell the teacher about his constant demeaning and invasion.

The boyfriend calling me stupid, but he “meant it as a tease.”

The relative who constantly criticizes.

My sensitivity isn’t only a response to hurtful words. It’s overwhelming when I watch the news. It’s being around certain people and feeling their negative vibes so strongly I am left physically drained. It’s needing time to recharge. It’s taking on the emotional pain of others, carrying it with me like a weighted vest for several days.

I cannot believe it’s taken being in my 30s to hear of sensitivity as a good thing.

For so long I’ve compartmentalized it in my shame column, joining the list of things that are wrong with me.

When I heard Glennon Doyle talk about sensitivity on her episode of Brene Brown’s podcast, time stopped. I frantically pressed the rewind arrows on my phone to hear it again. Sensitivity is a good thing? It wasn’t more than a week later I came across this quote from Glennon, in regards to her daughter:

Mic drop. At the risk of being overdramatic, that quote left me feeling revolutionized. I am sensitive, and that can be my superpower? What does that even look like?

It’s catching a sunrise at the perfect moment and being brought to my knees.

It’s being incredibly attuned to my sons and their emotional needs while they’re too young to express them.

It’s feeling my husband’s thoughts before hearing them.

It’s being there for a friend in her pain because now the pain is also mine.

RELATED: An Open Letter to the Girl Who Feels Everything

So again I ask you, what is the false narrative you’ve accepted about your life? Have you been told all your life you’re too much?

Is it possible you can wear that accusation like a badge of honor? Better yet, like a cape?

Brianna Baranowski is a California girl loving the Iowa way of life! She is wife to Ryan, mama to two little guys, and an ELL teacher. Brianna loves catching a gorgeous sunrise, holding a warm cup of coffee with both hands, and enjoying silly moments with her family.

I’m tired of shopping for my kids. I’ve spent countless hours brainstorming ideas, discussing possibilities with my husband, scrolling all the Black Friday and Cyber Monday deals—and now I’m just done. The problem, though? I haven’t even bought them a single thing yet. Every idea, every good deal, has been passed on to grandmas, grandpas, aunts, uncles, and any number of random relatives who want to buy them a gift and asked for a list. All of my gift ideas are ending up in someone else’s cart.  And now, I don’t know what’s left to get them.  In the spirit...

It’s the most wonderful time of the year—the time many people are busy decorating their homes, downloading their holiday playlists, and, of course, shopping for Christmas gifts. And it’s the time of year many churches, businesses, and organizations are putting together programs to help children and families experience a little Christmas joy. Very soon, Christmas trees will begin to pop up in stores and church lobbies decorated with tags that might say some of the following: Boy, age 2. Wears 2T clothing. Needs a coat. Likes Paw Patrol. Girl, age 8. Size 10 pants. Loves crafts and music. Facebook posts...

It had been a lifelong dream of mine to write a children’s book, but my goal to get one published became even more urgent after I had my son.  My son is biracial. He is a combination of me (white) and my husband (Black). When I went searching for books that represented our interracial family, I didn’t find many except a couple that specifically talked about blended and mixed families.  That wasn’t good enough for me. I wanted more books out there, particularly ones that had biracial families simply existing in the story, not ones that always pointed out and...

That girl. That girl who just sat in the shower for 30 minutes crying to herself. That girl needs time to sort out her thoughts. That girl who knows so many things are bothering her but doesn’t feel validated that they should. Why are her problems more significant than other things? She’s healthy, her kids are healthy, there are so many others with bigger issues. That girl who wants to feel wanted. She knows she’s needed because she has two small children, but to feel wanted and seen, how she craves that. That girl who would love to be made...

Real Friendship is Worth the Effort

Who needs friends? We all do. At least, that’s my opinion. It took me years, but I guess what I finally figured out is that I learned how to attract and keep friends by watching my mother. I never thought about this as I was growing up, but it must be true. It seemed that women of all ages were pulled in by my mother’s warmth and acceptance. I watched her take young women under her wing to offer guidance and nurturing. Women in her age group and older found solace and comfort in her constant encouragement and willingness to... 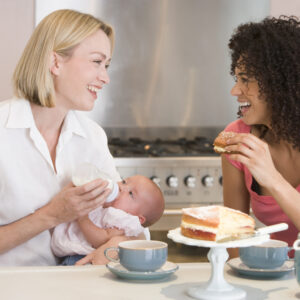 You Do Not Have To Earn Your Rest 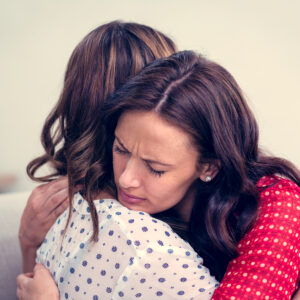