The power of smell is extraordinary.

Often the scent of something particular can provide a Pavlovian response that transports us back to a particular place and time. Sense memory seems to be our present day form of time travel.

Recently, I treated myself to a luxury I only allow every few years or so. The self indulgences I permit are usually limited to a full-fat latte and an occasional Kit Kat candy bar but at the beginning of the year I decided to splurge. I ordered a bottle of my favorite cologne, Comme des Garcons “2”… 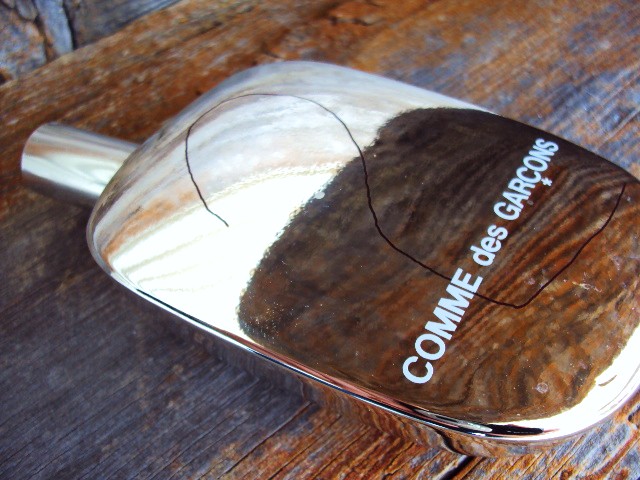 I bought my first bottle on a trip to NYC and was so taken by this scent that I must have reeked like a French whore on the return flight to Los Angeles. Since then, I have learned to monitor my applications and now I can ration a bottle to last me for at least a year.

It has been awhile since having the pleasure of accessing my favorite scent. When I applied it to my forearm and took a whiff, it was immediate bliss. It reminded me of that memorable trip to Manhattan and all the significant moments that followed, highlighted by the scent of vetiver and cedar wood.

However this time the cologne smelled different. It was still earthy and wonderful but a different memory had been stirred. Again, I spritzed my forearm and inhaled. Notes of tobacco seemed to dominate the fragrance. Had I noticed that before? I closed my eyes and smelled my arm again. Like a bloodhound, I was in search of a trail down memory lane. Where was this scent in depths of my subconscious?

DeWitt! It was pure DeWitt!

When my family and I moved off the farm and into town, DeWitt Brown and his wife Lillis lived in the house to the north, on the corner of Eleventh & Blaine… 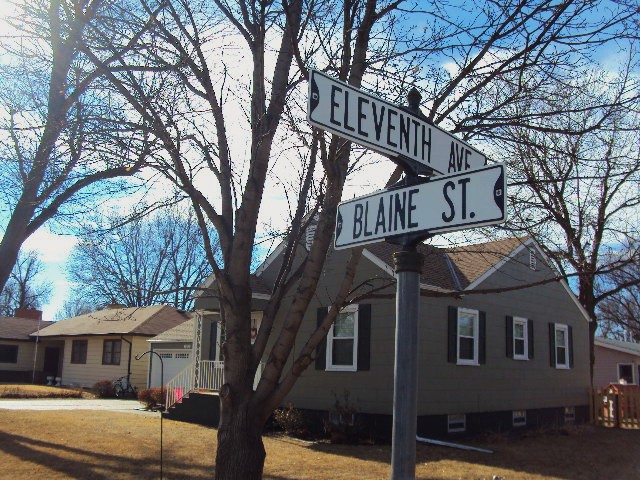 He wasn’t merely a neighbor but rather a cultural liaison that taught my older brother and I the “ins and outs” of city living. You see, farm kids can be a bit “wild” when taken out of their element. Here’s proof… 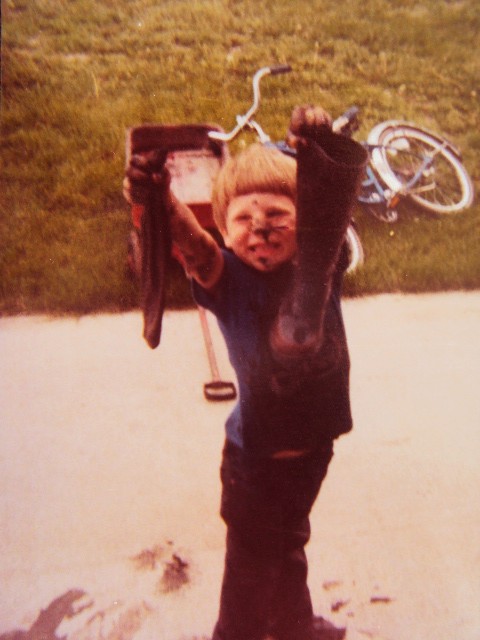 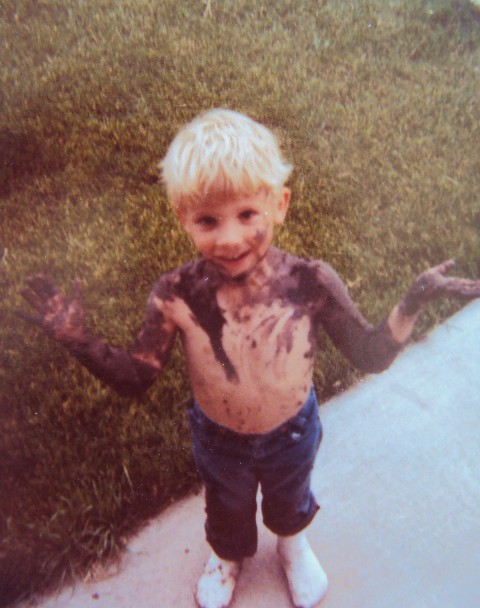 Upon moving into town, I specifically remember Mom sitting my brother and I down and telling us that we had to be clothed at all times and we absolutely could NOT go the bathroom outside (please keep in mind that we were youngsters).

Life in the city proved to be a whole new world. You could actually ride you bicycle fast without the element of gravel to slow you down, there was consistent traffic to support a lemonade stand as opposed to the patronage of only your parents and an occasional hired man, and a proper public swimming pool took the place of a luke warm horse tank.

I think DeWitt found a little bit of joy in helping us along our journey of cultural assimilation. He was a dapper gentleman in his seventies that looked as if he had walked out of a Normal Rockwell painting with his pressed trousers and cardigan sweaters. If Ward Cleaver had a dad, surely it would be DeWitt Brown. His snow white hair, what was left of it, was always neatly combed back, exposing a tan forehead of sunspots as a result of his love of gardening. DeWitt was the reason I asked for penny loafers when I was seven. When I got a pair, he taught me the proper way to polish them so they would shine as bright as an actual penny.

He was always teaching me things; practical things that every young boy should know. He left an oil can outside his garage so I could lube up my bicycle chain when it started to squeak. If I helped him in his yard, sometimes he would bring out bottles of ice cold Coca-Cola, which we would sip slowly on his stoop while the summer day lingered and I asked him questions. Too many questions, I’m certain of. He showed me how to prune a hedge, he gave me the courage to remove my training wheels, and he always told me how important it was to drink milk.

DeWitt was never without his pipe and this only solidified his “Rockwell” image. It was such a part of him that it almost served as an additional appendage. He used it as a form of expression. When he would laugh, his pipe would be clinched between his pearly white teeth and puffs of fragrant smoke would billow out. If he was thinking about something he would remove it from his mouth and rest it on his hip while his other hand scratched his forehead. If truly deep in thought, he would use these moments to tap out his ashes and plug his pipe with a fresh pinch of sweet tobacco.

This was the scent that trigged that memory in my Comme des Garcons cologne. Now without fail, every application takes me back to that garage on Blaine Street. DeWitt is at his workbench and I’m his tiny shadow, listening intently as he teaches me how to sharpen a pair of hedge clippers. The air is heavy with the smell of tobacco, motor oil and shavings from a woodworking project.

Despite our age difference and the fact that I already had a grandfather of my own, we ended up being good buddies.

Even though DeWitt passed away not long after those memories were created, I think of him often. It seems to come out of nowhere. And like a puff of pipe smoke or the scent of a cologne, it lingers in the air for a moment and them drifts off into eternity.