Costumes for the Faint of Heart

Even though fall is my favorite time of year – the colors, the smells, the crispness in the air – Halloween is my least favorite holiday – the scary costumes, the blood and gore, the monsters and ghosts. I blame Halloween for my inability to look under a bed, open an unknown door, or go into a dark basement by myself without getting the chills.

I have never been to a haunted house. I have horrible nightmares from watching any movie or television show labeled a “thriller” (BTW, have you seen 666 Park Avenue? Creepy!!), and costume parties just aren’t really my bag. I tend to imagine that the guy wearing the slasher costume really is a psycho.

That said, now I have children, and Halloween is one of the big time holidays. Not only do I have children, but I have BOYS. Boys who, while they are not into blood and gore now, will be eventually.

I’m definitely in favor of the cute and creative costumes over the scary or overly commercialized ones, but my boys are getting ideas of their own. They would rather be ANYTHING but something cute.

Before this happens, I have to cling to a simpler time. A time when the costumes were as darling as the wearers and the memories invoke giggles even today. 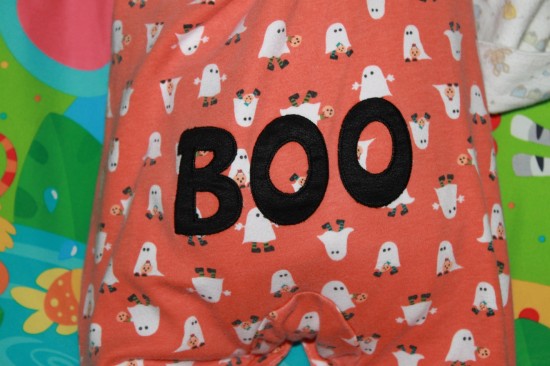 Only a baby can get away with wearing a big “BOO” on his butt.

I distinctly remember our first Halloween. We were living in New York far away from family and friends. I had two babies under a year, my hubby was on call in the Bronx that night, and I was eagerly anticipating an onslaught of trick-or-treaters . . .who never came. So the babies and I were left with a huge bowl of candy to ourselves. Despite the loot I got to eat for months afterward, it was a bit of a disappointment. 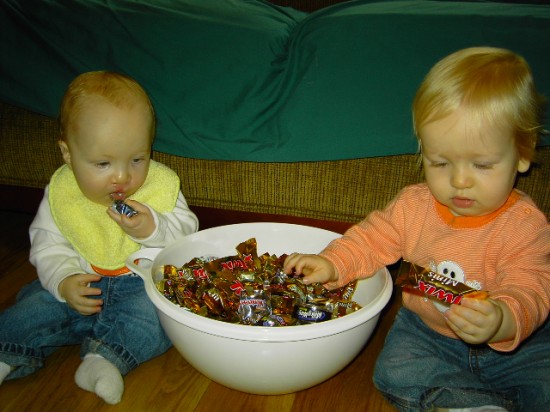 Then there was the first Halloween we actually took the boys trick-or-treating. We were back in Omaha, the twins were just under three, and Adam was just over a year. Joey decided, on his own, to be The Man with The Yellow Hat from Curious George to match his one-year-old brother’s monkey costume. I couldn’t have planned it better myself. 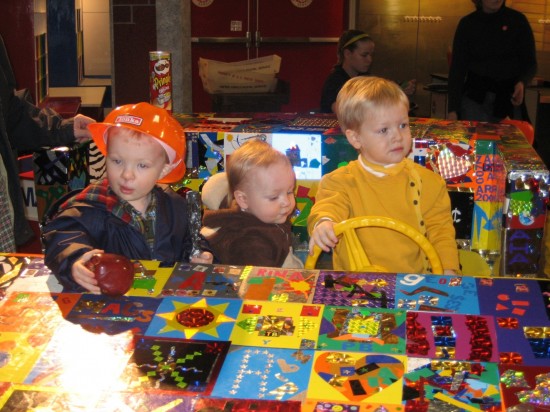 This was the best picture I could get of the three of them.

I will never forget this Halloween for several reasons. After the first house, Joey would obediently say, “Trick-or-treat,” but when people tried to give him candy, he would say, “No thank you. I already have candy.” (Seriously, whose child was he?)

Jack couldn’t say “Trick-or-treat,” so he just shouted at everyone, “Happy Halloweeeeen!” And my poor monkey, Adam, ended up in the E.R. later that night with a nasty case of the croup. For our first official Halloween, it was a doozy!

After that, came a slew of both store-bought and homemade costumes, all rating high on the cuteness scale. For two years in a row, Joey wanted to be some sort of animal that required Grandma to hand-make the costume. 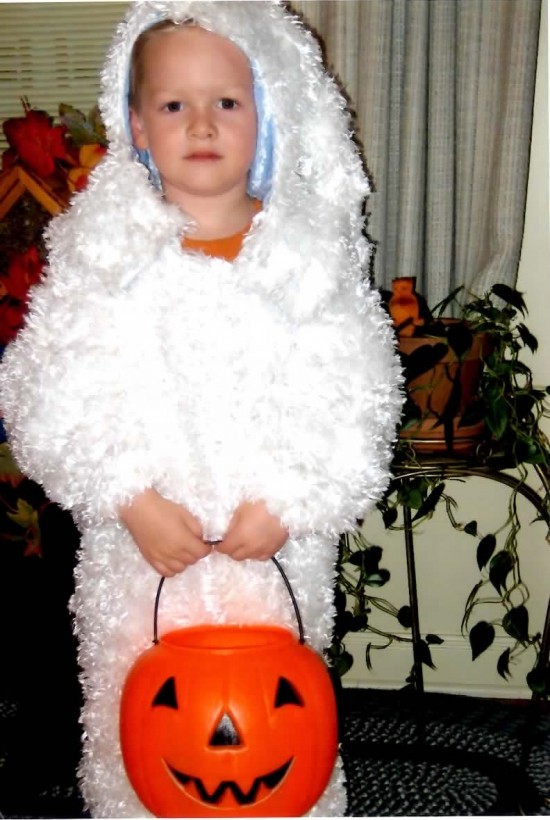 He looks like a sheep, but he was actually a bunny rabbit.

Transformers, race car drivers, pirates – we have it all, even a shark, a huge homemade cat costume, and butterfly wings! 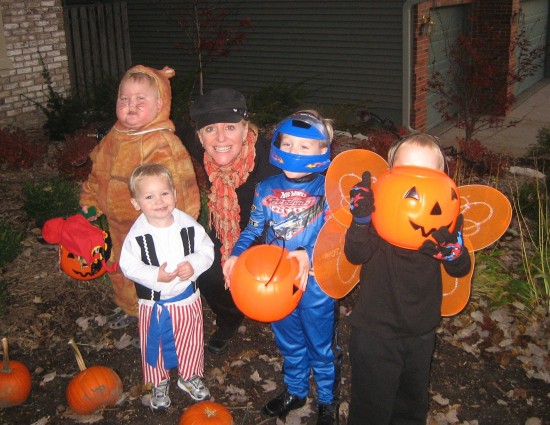 One year, Jack decided that he’d like to be a skeleton for Halloween. I took that as the inevitable sign that he was growing up, entering the world of true, gory boy costumes.

However, he put the costume on, took one look at himself in the mirror, and decided it was too scary. 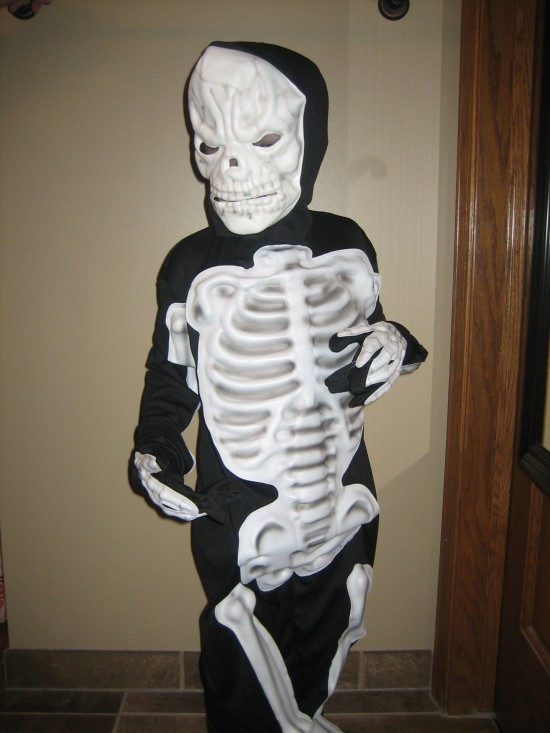 This costume still resides in the closet, unworn by any of the boys.

For now, I’m kind of glad that my boys share my same apprehension for anything gory or scary at this time of year. In fact, a couple of them won’t even walk by the Halloween display at Target and are even scared to go to Vala’s Pumpkin Patch in Gretna.

This year, the boys are all dressing as characters from Star Wars (except Baby Evan, although the boys think I should dress him as Baby Yoda). I know that in the years to come, when they are borrowing my makeup to try and create some sort of knife wound/undead zombie look/vampire blood, I’ll have the memories of the “cute” costumes to keep me from having nightmares.

What are your kids (or you) dressing as this Halloween? Where do you stand on the whole cute vs. scary debate for costumes?