I received an e-mail from our fantastic DIY Home Decor feature writer Michelle. In this e-mail she was asking for the following:

“I’m in a bit of a panic… I made your cinnamon roll recipe for Christmas last year. It was such a hit, I was planning to make them again – but the recipe is no longer on your site. 🙁  Could you send it to me? My family and I would be grateful!!”

This induced the following emotion:

Pride. Think “King of the Jungle, a male Peacock with his feathers in full display, any father on the day of his first child’s birth day” kind of pride.

I realize those are all males and the Peacock showing his feathers is a mating ritual, but you get the drift. I was excited to share this recipe. 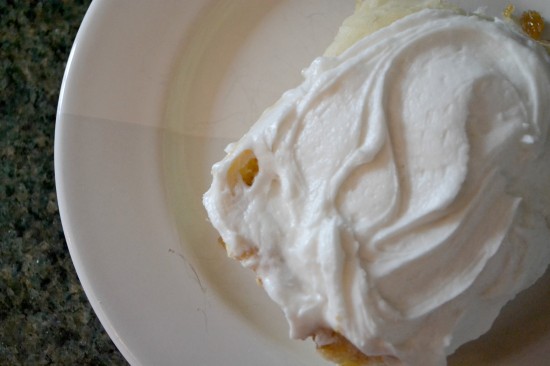 Yes. Pots. Mashed pots to be exact. The potatoes help the roll stay soft (no one likes a crunchy cinnamon roll). Mom made these for many holidays including a brunch for me and my bridesmaids on New Years Eve 10 years ago!

Give this a try for your own holiday celebration. And then be prepared to be showered with compliments and your heart to swell with pride – or feathers to rise, if you are a Peacock. (That doesn’t even make sense. I’ve had too much sugar this holiday season.)

(all ingredients should be warm)

Mix milk and warm water then sprinkle yeast on top of that. Dissolve.

Put into bottom of mixing bowl. Add other wet ingredients, then everything else EXCEPT flour.

In regular mixer (with regular attachment pour in two cups of flour (to wet mixture) – slowly. Combine. Change to dough hook and mix last cup (ish) of flour. It should be pulling away from the pan at this point. If not, add small amounts of flour. Put a warm damp cloth on top of bowl and let rise.

After it has risen, roll out into a long shape. Cover the dough with warm butter, brown sugar and cinnamon. Use as much as you wish at this point. We usually use 1/2 to 1 stick of butter, a couple handfuls of brown sugar and plenty of cinnamon. Roll dough into log. Cut and place into 9 x 13 sprayed pan and let rise until double the size.

Bake at 350 degree for 12ish minutes until light brown.

So I don’t have a recipe for this one. We usually just throw in a bunch of powdered sugar, some vanilla, a bit of milk and Crisco (or butter if you prefer that taste) and mix until it’s the consistency you want. Let me know if you need exact measurements. I can call my mom and get them. 🙂 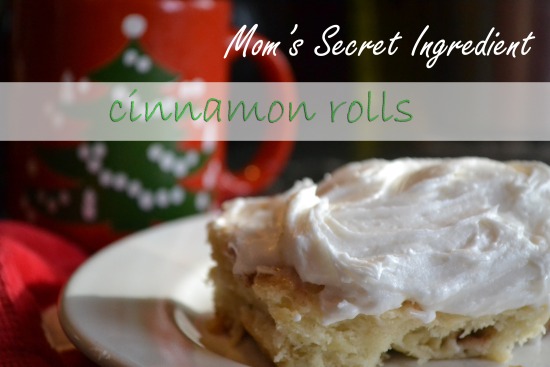 Find more holiday recipes on Her View From Home