Not Any Other Way. 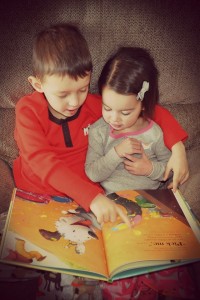 A cute little girl with big, brown eyes sits on the floor and looks adoringly at her big brother. Her brother is playing with Legos and once he notices his sister, he sweetly asks if she wants to play with him. I just watch them in awe and have to pinch myself to make sure I’m not dreaming. I get to be their mom. How did I get so lucky?

These two kids were meant to be brother & sister. They love each other so much. Next year, when my oldest in in Kindergarten, he will be missed immensely by his little sister (and by me too!). I’m pretty sure he will also miss his sister. I can picture it now. He’ll come out of the school doors on that first day, with his backpack and a genuine smile will spread across his face as soon as he spots us in the crowd. He’ll come over to us and he’ll greet his sister first. Probably giving her a big hug and will question her, “Did you miss me? Say yes!”

They can play together for hours; their imaginations come alive when they’re together. Every day is a different adventure with them. And at night, it’s the same. They crawl into each other’s beds to say goodnight and give a quick cuddle while I read them a book. They care for each other, love each other and are truly each other’s best friend. Even in the early years, they were close and loving towards each other. Over the years (okay, so it’s hasn’t even been 3 years yet… but still!), their bond as brother & sister has gotten even stronger. He’s got her back and she adores him. Their relationship is real & genuine.

Don’t get me wrong. They certainly have their moments where they get mad at each other and fight over silly nonsense. After all, they’re siblings and that’s just part of reality. But my absolute favorite thing about having more than one kid is being able to watch them interact. I could seriously just sit back all day and take it all in… 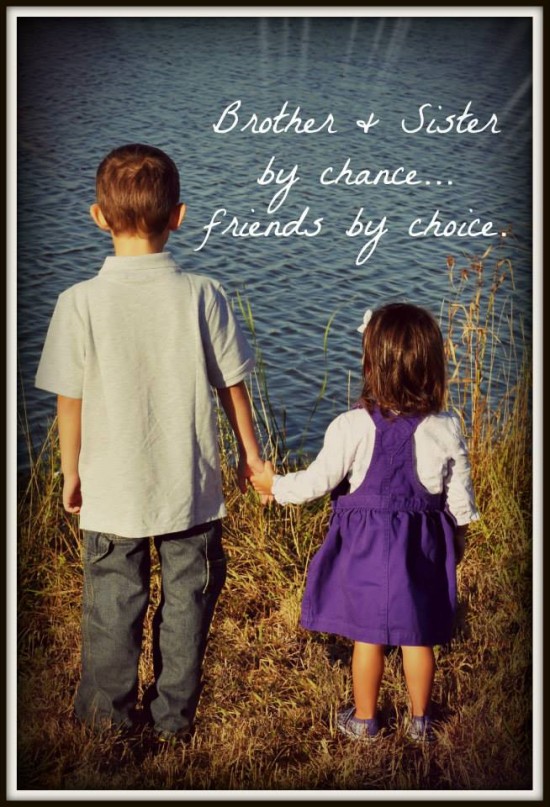 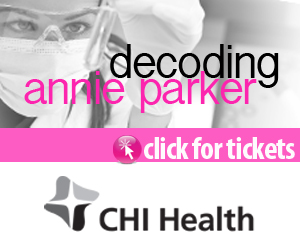