I don’t write country music, in fact, I can’t even read music. But if I wrote a country song, it would say something about the sun dipping low over the cornfields on the way home from Nana’s house. It might mention how he always drives and always holds my hand over the center console. In fact, he always holds my hand, as we walk down our street behind our kids’ bicycles, under the covers, and in prayer each night.

I would write something about how gosh darn good he looks when he hasn’t shaved in six straight days. If I had it my way, he’d never shave again and the scruffy kisses would be worth it.

My song would probably have something about his work jeans and old boots and our big white pickup truck because you have to include those things in a country song. I might even write a lyric about how that man could get me to do absolutely anything with some cologne and his genuine smile, even if his hat was too dirty to wear in public.

At the beginning of the song, there would be a line about my heart falling for him faster than the golden leaves in the Wyoming wind.

But, I also wouldn’t forget to add something about the first time I showed him my Colorado mountains in the frosty fall. In fact, I could write lyrics for the rest of my life about our first autumn together—the memories are as vivid as the leaves were.

RELATED: Dear Husband, Do You Remember When All This Was Just a Dream?

The chorus might say that I’m lucky that he loves me more than the Camaro he sold when we had our babies. Or maybe it would say I’m lucky he loves me more than he still loves his high school football team. In that case, I’d need another line about Friday night lights, screaming for the Bulldogs, and wearing his team colors. Even in our 30s.

There would be a bridge about how he taught me the best things I didn’t know I was missing. Like how to dance on an old wood floor, to the sound of a fiddle and the smell of really good whiskey. Or when he showed me how to build a campfire on our favorite beach and sleep under the stars. And under his direction, I learned how to drive fast on back gravel roads, at least for a city girl.

I would make sure to include some verses about our kids.

How they both cling to him as their best friend and say “Daddy watch this!” one thousand times each day. I’d write about their excited squeals in the backyard when he is playing superheroes with them. I’d mention how he makes them crazy before bedtime, and I pretend to be mad about it. Then when my tattoo peeks out of my tank top, he pretends not to approve of it in front of our kids. I know he’s lying, and anyone who heard our country song would know it too.

I would add a part about how I hope he turns out just like his dad, and I can see it happening before my very eyes. And how I actually do like his lawn, it always looks good and everybody knows it. I’d talk about Jesus because you’re allowed to do that in county music. Plus, Jesus is the reason we ever found each other and the reason we’ve vowed to stay together.

There might also be a line about how we got married on the coldest day of the year, and we still laugh about it. I might even divulge how that man can make me so incredibly mad and sometimes we fight like kids. We learn to forgive quicker each time, so there would only be a few of those kinds of lines.

When all the rhythms of our life together finally wound to a close, I’d finish it by saying something about growing older together.

You know how all the country songs do that at the end. I’d say that through all of the ups and downs, even the really low parts, that wonderful man was my constant. He was the exhale to my inhale. He was the steady string on my runaway kite of a heart. He was always there holding my hand and often making a corny joke to make me smile—even on the days my smile seemed impossible to uncover.

RELATED: Dear Husband, I Am With You Even When It’s Hard

I don’t know how to write music and this husband of mine is a terrible singer, but we are currently living the best country love song I’ve ever heard. The beat may change as the years go on and the lyrics may not always rhyme, but I know this love song of ours is a number-one hit. It may not be remarkable enough for Alan Jackson to sing about, but it’s our anthem just the same. It’s stuck in my head on repeat.

If I wrote country music, it would sound a lot like us.

Taylor Hagemeyer goes by both “mama” and “Mrs. H.” She has a husband who loves her like Jesus does. She was blessed to have both a daughter and a son. She holds a master’s degree in early childhood special education and is a pre-kindergarten teacher in a small town in Nebraska. She believes play is the way to all learning. She is a children’s book author who wants the world to be a kinder place. You can find “Things That Rhyme With Autism,” a book she wrote for her students, on Amazon. You can also follow along on Facebook- Grow Home With Me and Instagram- @growhomewithme for more writing, play ideas and peeks of her succulent garden. 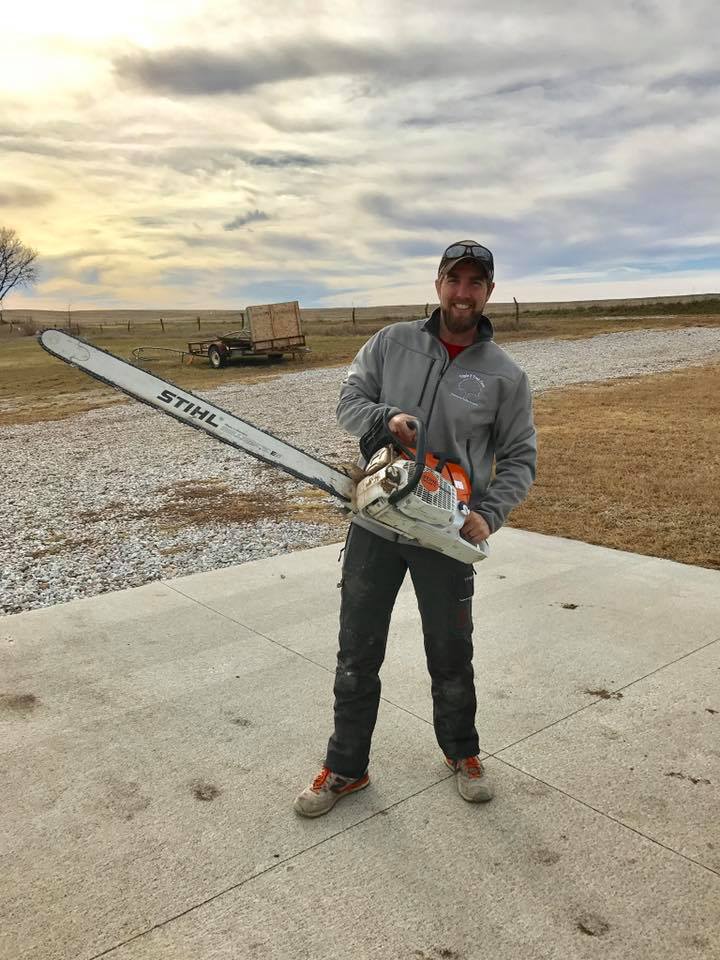 My husband works a manual labor job. He supports our family by the sweat of his brow and the strength of his back, a man of permanent tan lines. He’s proud of the work he does. And I never knew I could be so proud of how hard he works for us, either. Now let me clear a few things up, because I know you’ve already thought about them. No, he doesn’t “have” to work this job (he chose it because he loves it). And yes, he has an education (he went to school to learn his profession). An no,... 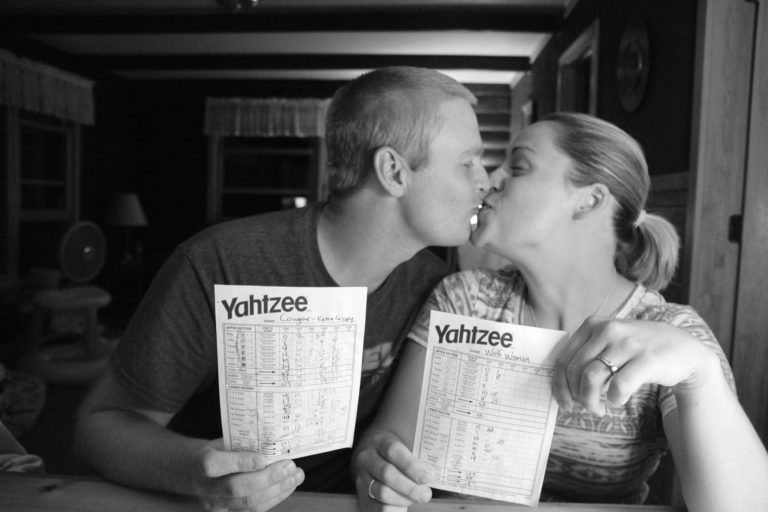 I carefully close the door to my daughters’ bedroom and turn around to find my husband inches from me in the hallway. He snakes his arms around my waist and pulls me in for a kiss in the semi-darkness. Just then, a voice from the other end of the hall singsongs, “Hey, I see that!” Our lips smile against each other and we break apart to meet the dancing eyes of our 8-year-old son.  “Good!” I tease, as he grins. Because I want my son to see what it looks like for his father to love his mother—so that when... 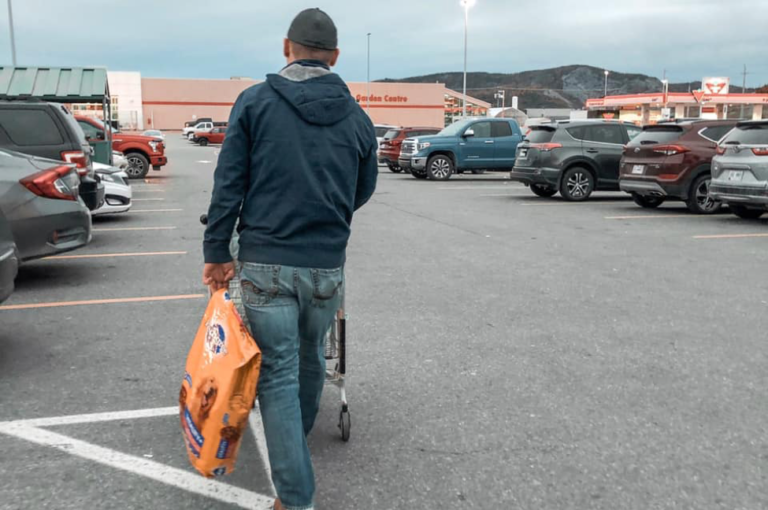 He always pushes the grocery cart. And when we get back to the truck, he always unlocks the doors immediately so that I can get in, and then proceeds to unload the groceries, while I’m sat in the truck with the seat warmers on. Rain or shine—every time—this is our grocery game plan. Can I let you all in on a little secret? It’s taken me many years to appreciate being loved like this. You see, I spent (i.e., wasted) a lot of time looking for all the ways in which love is shown in the movies, in the magazines,... 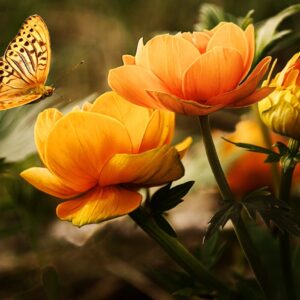 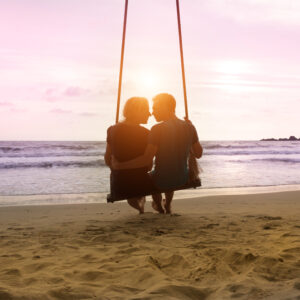 He’s My Husband, Not My Savior 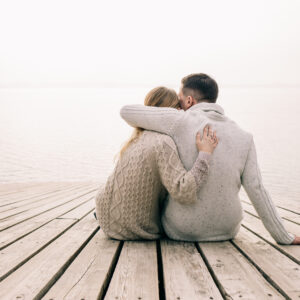 The Simple Words That Saved My Marriage

Dear Husband, Ten Years Later and You’re Still the One

They Say To Marry Your Best Friend—And They’re Right