Growing up, I didn’t feel like I knew my dad very well. My parents were not divorced, and it wasn’t as if he was an absentee father.

But he was a man of few words who worked six days a week as a maintenance worker for a steel plant. When he wasn’t working, he was “resting” from working all day.

This is not to say my father was lazy – not in the least. He also cared for our house and lawn, fixing everything himself, even our family cars. He spent a lot of time in his workshop behind the garage, although I was never really sure what he was doing in there. He also did a lot of favors for all of the elderly neighbors in our neighborhood.

My childhood memories of him include the times that he was the last word on discipline. When my brother, sister, and I had failed to listen to our mother, my father’s gruff threats to “get the yardstick” put us in our place (although none of us to this day knows what that yardstick feels like).

I did get spanked once for tattling on my brother. I was never sure if that was my dad’s way of making a point, or if I had simply “bothered” him too much.

And that was the thing – I didn’t want to bother him. Sometimes, when he was relaxing in his chair, we would sneak up on him and pull his socks off just to annoy him. Or when he was reading the paper, we would hit the back of it just to get his attention.

He was constantly yelling at us to turn off lights and t.v.s and close the refrigerator door. He would get on our cases about sleeping in too late on Saturdays. 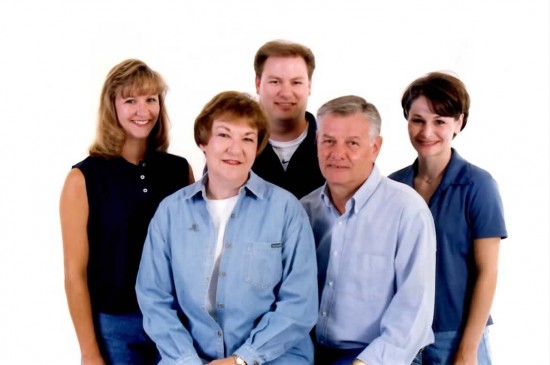 I definitely would not have considered myself a “daddy’s girl” growing up. In fact, I remember once asking my mom if it would be okay if I told my dad I loved him. Shocked, she said, “I think he would really like it if you did.”

When I was fourteen, our beloved family dog died, and I was heartbroken, sobbing in my bed. My dad came into my room, layed down with me, and hugged me, sobbing as well. This is the first time I remember feeling like I saw a glimpse of the man he truly was, whether he was crying about the dog or because his daughter was broken-hearted.

Today, at age 42, I can’t believe how many signs of his love I missed.

I remember that he would trim my hair every once and a while. I would sit on the bottom basement step, and he would cut it straight across. I always had long hair because my dad loved it.

The plant where my father worked would frequently shut down, leaving him temporarily unemployed. He used his pick-up truck to haul trash to the dump to make extra money, which was used for sending us to Catholic school. It couldn’t have been easy to set his pride aside and work for people he knew, but he did it for us.

I worked hard all through high school and college to earn good grades and scholarships and to stay out of trouble. I never thought my dad noticed much until one afternoon, while I was attending graduate school, a neighbor remarked that my dad had been “bragging” about me. All of his coworkers at the plant knew I was in grad school as well.

When I was working teaching school all day, he would frequently take my car from the teachers’ parking lot and wash it or change the oil or perform some other general maintenance on it. He’d have it back in the same spot before I even knew it was gone.

My marriage to Rick was another proud moment in his life. I don’t know if it bothered him or not that Rick didn’t ask his permission, but my dad has never treated him with anything but love and respect (and some good-natured ribbing). Nowadays, they can sit and fish for hours, not talking, and both say it was a great day. 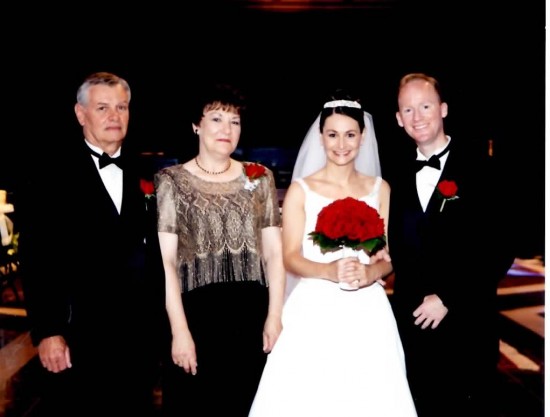 Most importantly, he adores my boys. They light up like Christmas trees every time Papa comes over. He has come on outings and trips with us, changed diapers, and been at my house at a moment’s notice, all without questioning anything. 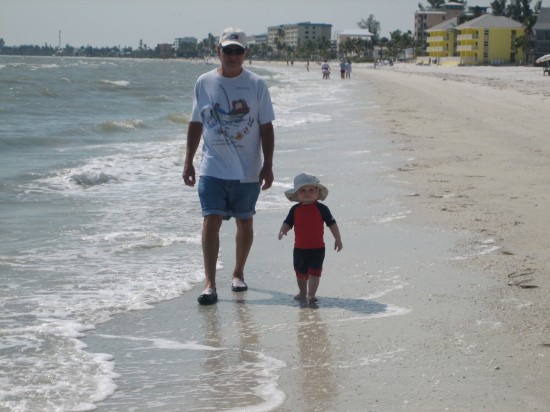 Now that I am a parent, I understand him so much more. When I was growing up, he was stressed about providing for his family. He was serious about instilling morals and values into his children. And sometimes he was holding his breath to see how it would all turn out.

I can’t believe that I ever doubted his love for me, but sometimes I see that reflected in my sons’ eyes about their dad.

Their dad who works long hours and comes home tired.

Who yells at them to close doors and not air-condition the outdoors.

Who gets on their cases about their behavior in public.

Who lectures them about taking care of their possessions.

Who tells them no (gasp!) sometimes.

But, and I would bet money on this, that when they are grown and look back on their childhood, they will laugh about all that, and see instead the times he did something special with them, like camp in the backyard or fish off the dock in Okoboji. They will hear his advice in their ears, they will remember that he was at every one of their games or special events, and they will know how hard he worked to provide the best of everything for them. 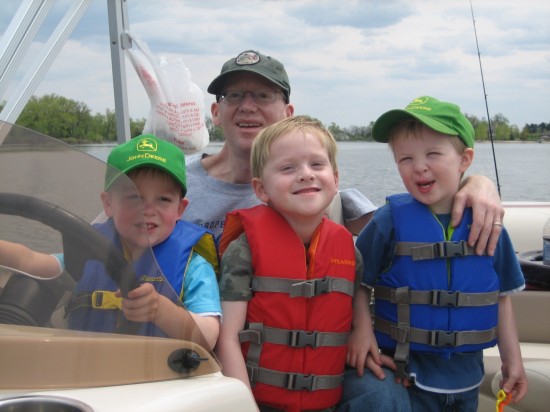