Have you said these words? Likely. Likely you say them in a text once a week. Or on a phone call. Or in the grocery store as you pass through the produce. And you’re not saying them flippantly. Like, these are people who you honestly want to get together with. You want to shoot the bull. Talk over coffee. Catch up on your lives. Talk about motherhood. Or your career. Or how you so wish that boot cut jeans would just come back so Target would start carrying them.

When we were first married, we lived in Austin, Texas. And when I lived in Austin, I desperately missed my girlfriends who were still living in Nebraska. I also missed my family. And then. Then we moved back to Nebraska and guess what? I missed my friends in Austin. We tried to make it back once a year. And then, a baby. We had one.

We even named one of our Texas crew as the godfather of the Oldest. We knew we forever wanted him and his wife to be a part of us. But that didn’t mean we’d ever get to see them.

We have family across the U.S. We have friends in California. And on the East Coast. In Phoenix. Up north. Down south. And in Florida. Heck, we even have family and friends in Europe we want to see. And all of those people—they don’t even include the friends who live 40 minutes away but are either in completely different stages of life or worse, in the same as us. So getting together with friends and keeping the people you want to keep close is harder and harder.

Sure, you can FaceTime. That’s a gift for sure. And you can absolutely send emails, letters, and texts with exploding hearts and funny gifts. But in-person time . . . that’s just a special kind of gemstone.

And so it’s starting to make sense to me now. You see, my parents had friends when we were younger. And then we got into activities and school stuff and all the things life with three kids brings. There was work. There was church. And there were the things you do because your kids want to do them. And soon, it felt like we rarely saw some of their closest people. But they still sent these people Christmas cards every year. And I didn’t get it.

Because that was their way of saying, “You are still a part of us. We will see you later.”

And now, I see them reconnecting with people who they had to put on hold for a bit. Just as those people did for them. And it’s not because they weren’t important to them at any point in that era. It was just because they knew that they were good enough friends, they had a good enough foundation to say, “We’ll talk when we can. We’ll soak up the times we get together. And we’ll see each other again in 20 years.”

Some people might say that it’s dumb to keep friendships that you can’t devote time and effort to every year but I believe it is the friendships that are lowest maintenance that are legit and for real. And the ones worth keeping.

To my friends who I don’t always get to spend the time I want with—even some of my very best and closest—we will do what we can for now and that will be enough. And otherwise, I look forward to really getting to know you again. In 20 years.

Life is Too Short For Fake Cheese and Fake Friends

Dear sweet, exhausted mama, Take a moment, right now—a break from the hustle and bustle. Stop and close your eyes, while you contemplate this. Do your little ones need perfectly sculpted garland, adorning the staircase with delicate lights? Do they need an outdoor display that would make the Griswolds envious? Do they need freshly baked cookies and treats with enough glittery sprinkles to smother an elf? Do they need carefully wrapped presents that look ready for a Bloomingdale’s window display? RELATED: Christmas Will Not Be Perfect This Year Do they need to take a gift to every single teacher? Do...

The air conditioning blew strong from the dashboard on our short trip home from elementary school. I learned the details of their day, complete with playground frivolity and social studies discussions. After we reviewed the low likelihood that there will be ice cream in the freezer when we arrive at home, my third-grader asks, “Mom, when you were my age, what did you want to be when you grew up?” Pausing only for a moment, I responded, “When I was in elementary school, I wanted to be a writer. Sometimes a veterinarian, but usually, either a teacher or a writer.” ...

My mother-in-law delivered this pan to our doorstep with a hot meal tucked inside. Pizza burgers, she called them, before getting back into her car to drive home and finally eat her own dinner. You know, it isn’t a secret that Hollywood is often extreme concerning the role of the mother-in-law. With obnoxious characters like Marie on Everybody Loves Raymond, and movies such as Monster-In-Law, the mother-in-law is often portrayed as a mean, controlling villain. But to be honest, this representation of her just doesn’t resonate with me. RELATED: My Mother-in-Law is a Gift From God And it’s probably because...

I’m tired of shopping for my kids. I’ve spent countless hours brainstorming ideas, discussing possibilities with my husband, scrolling all the Black Friday and Cyber Monday deals—and now I’m just done. The problem, though? I haven’t even bought them a single thing yet. Every idea, every good deal, has been passed on to grandmas, grandpas, aunts, uncles, and any number of random relatives who want to buy them a gift and asked for a list. All of my gift ideas are ending up in someone else’s cart.  And now, I don’t know what’s left to get them.  In the spirit...

It’s the most wonderful time of the year—the time many people are busy decorating their homes, downloading their holiday playlists, and, of course, shopping for Christmas gifts. And it’s the time of year many churches, businesses, and organizations are putting together programs to help children and families experience a little Christmas joy. Very soon, Christmas trees will begin to pop up in stores and church lobbies decorated with tags that might say some of the following: Boy, age 2. Wears 2T clothing. Needs a coat. Likes Paw Patrol. Girl, age 8. Size 10 pants. Loves crafts and music. Facebook posts...

It had been a lifelong dream of mine to write a children’s book, but my goal to get one published became even more urgent after I had my son.  My son is biracial. He is a combination of me (white) and my husband (Black). When I went searching for books that represented our interracial family, I didn’t find many except a couple that specifically talked about blended and mixed families.  That wasn’t good enough for me. I wanted more books out there, particularly ones that had biracial families simply existing in the story, not ones that always pointed out and...

That girl. That girl who just sat in the shower for 30 minutes crying to herself. That girl needs time to sort out her thoughts. That girl who knows so many things are bothering her but doesn’t feel validated that they should. Why are her problems more significant than other things? She’s healthy, her kids are healthy, there are so many others with bigger issues. That girl who wants to feel wanted. She knows she’s needed because she has two small children, but to feel wanted and seen, how she craves that. That girl who would love to be made...

Why I'm Grateful To Be a Mom Who's Never Enough

Why I'm Grateful To Be a Mom Who's Never Enough 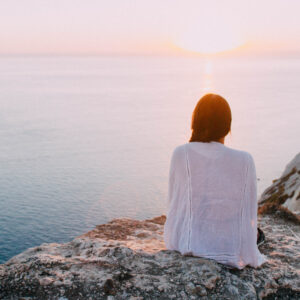 The Positive Thing About a Negative Person 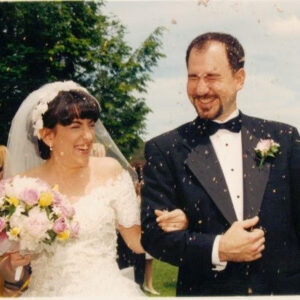 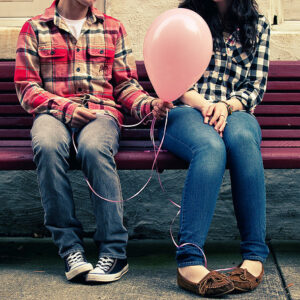 What Makes a Love Perfect 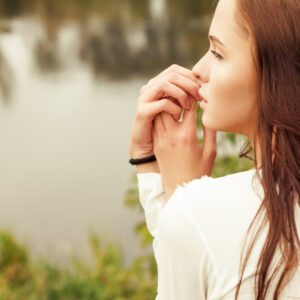 What I Want You to Understand About My Anxiety 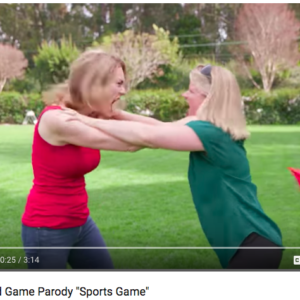 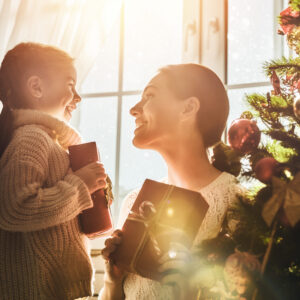 15 Perfect Holiday Gifts For the Mom in Your Life