Last December, on a Thursday morning we woke up to another gloomy winter day. My two sons and I were feeling antsy and closed in. So I decided a trip to Target and lunch at Chick-Fil-A was in order and we set off. Little did I know the turn of events that would happen on this day. Now it sounds quite dire and no lives were in danger but I learned something so pivotal in my journey of motherhood that it has changed me completely.

In Target, my 4-year-old was not displaying the best behavior and I realized that I could not reward his attitude and actions with Chick-Fil-A (His Favorite!). I probably should not have told him we were going out to eat but I also am trying to teach him cause and effect. Basically you act with not good behavior, your consequences are this. A very hard lesson to teach children especially mine who does not accept consequences or the answer no. In the struggle to get him buckled in his car seat, he kept asking and pleading to go out to eat. I avoided answering him until I pulled out and started driving. Now I knew he would be upset and by upset I mean tantrum mad. However, I was not expecting the loud whack and crack.

He threw a rock at me.

Hitting the windshield and making a large chip (more like a smashed dime sized chip) that quickly started to spider out in every which way. My mind went numb. I was in disbelief. Yelling, I asked him why he did that and does he not realize he could have hurt Mommy?! I couldn’t even speak. My hands started shaking and they didn’t stop till I fell asleep that night.

Why did he have a rock? Well, I was cleaning out a drawer that morning and found it. A rock we collected in Colorado and wrote his name on. He asked if he could take it to Target and I said sure. He was so proud of that rock, showing it off to other shoppers and the checkout lady. Spelling out his name. I didn’t think twice.

We arrived home and my anger started to set in and intensify. I quickly made him and his brother lunch, leaving them to eat to call my sister and vent. I am telling her what happened, all the while this pit of anger in my stomach intensifies and the shaking moves to other parts of my body. I can hear him in the kitchen teasing his brother, throwing food, and running around. Does he not understand how much trouble he is in? Does he not realize what he just did to me and my vehicle? Does he not comprehend how angry I am and how angry his father will be?

I get off the phone and return to the kitchen to tell him to go to his room. Looking straight at me, he says no. I lost it. I chased him, around the table, through the living room, and into his brother’s room. Catching him, I disciplined him and put him in his room. By this time, I was screaming, crying, and shaking hard. I was sick with anger.

It was a bad day in motherhood. I am not proud of how I acted or how I lost control. I never thought I could become so angry and on the verge of violence on someone that I love so much. I would do anything for this boy. Die for him. Yet, in an instance, I was consumed with anger. After awhile my anger was more at me and how I became so mad at him. My child. My baby. I was disgusted with myself.

The answer is no. He didn’t understand the enormity of his actions. He is four. As his mother, I am supposed to teach him and show him. Instead, I showed him anger and rage. He has so many emotions and feelings, they overwhelm him. My job is to show him how to channel them correctly. Yelling, hitting, and kicking is not a healthy release. That day I failed. I did what he did. He doesn’t have the capabilities to harness the anger. I get to call and vent to another adult. I get to fall to my knees and pray to the Lord for guidance and forgiveness. I get to eat chocolate and drink wine when it gets too much. What does my 4-year-old have? Me. He has me. I let him down that day. I didn’t hold him, kiss him, or talk calmly to him when the anger became too much. I didn’t play with him after he woke up and he still wanted me. I didn’t cuddle at bedtime. My anger was too great.

I let my anger fester in me and grow until it all consumed me. Like the chip, that continued to spider and crack, until it covered the windshield. In time, the windshield was replaced, but I realized that my son can never be replaced and his fragile heart is learning. Just as I am learning how to be his mother. We are growing together. Making mistakes together. Forgiving each other together. I know that my son and I will have our battles and more really bad days.

I still have it. The rock. It sits in a kitchen cupboard where I see it every day. I keep it as a reminder of how I never want to repeat that day and what I need to do to never let it happen again.

A momma of 2 young boys whose days are filled with wrestling, running, and noise. A Nebraska native with a love of coffee, the Lord, music, a good romance novel, movies, and dessert. Just trying to figure out single motherhood, to navigate divorce and co-parenting, to live and thrive with depression and anxiety, all the while finding the lovely in this life. Follow along for more at Lovely in the Dark.

A Must Have Big Life Journal For Your Kids

A Must Have Big Life Journal For Your Kids 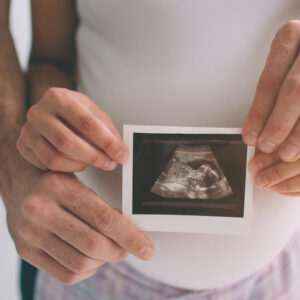 We May Not Have Planned For You, Sweet Baby, But We Can’t Wait To Meet You 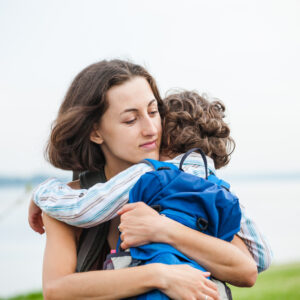 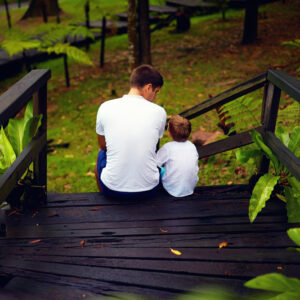 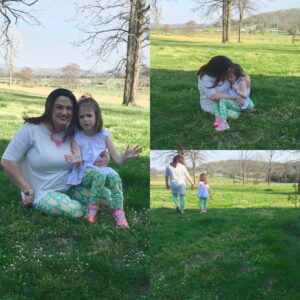 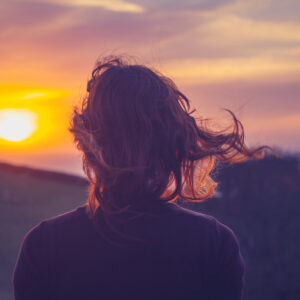 There is No Just “Getting Over” Anxiety, But You’ll Never Face it Alone 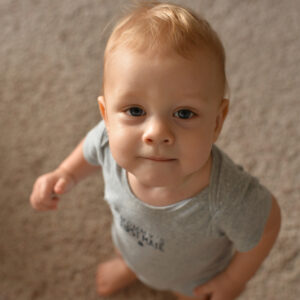 Leaving My Baby at Daycare Never Gets Easier 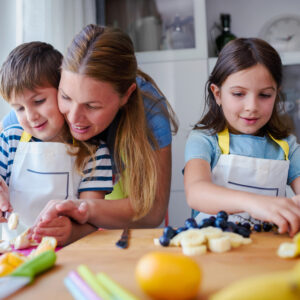