The Evil Stepmother: Myth or Truth?

Recently I read two articles from Amy Bellows, Ph.D. about remarriage, blended families and stepparents on Psych Central. The author talked about how many women wouldn’t marry a family again if they had the choice and that there are little to no helpful resources in dealing with re-coupling and step mothering in blended families despite the fact that according to the U.S. Bureau of Census, 1,300 new stepfamilies are formed every day. The result is that over 50% of U.S. families are actually blended families.

I was born and raised in the same family. My parents started dating when they were teenagers and got married when they found out a surprise (that would be me) was on the way. They’ve been together for 40 years and married for 37 years. When I grew up all of my uncles and aunts were married. Not one of them was divorced.

My grandmother was the only one who remarried and only because my grandfather passed away in a car accident when I was 2 years old. Then the friendly neighbor across the street I used to call “Uncle Horst” became my “Grandpa Horst” sometime when I was around 4 years old, but he didn’t have any children of his own, so there was no family to blend with. You could say I had no idea what it meant to be divorced or remarried.

When I met my husband for the first time, he was still married to his first wife. I was 17 years old and thought to myself, “The poor devil is 20 years old and married with children” and “That will certainly not happen to me” *snorting naively*. In hindsight, I probably jinxed myself right then and there, but what did I know at 17 years old?

He came from a family where almost every person was separated, divorced, remarried, had children with several partners, or brought children into a new relationship. He was raised by his mom and stepdad and grew up with two of his siblings and three of his stepsiblings. All in all, my husband has 2 brothers and 2 sisters, 2 half-sisters, and 4 stepbrothers and 2 stepsisters; whereas I grew up with my mom and my dad and 2 sisters.

I couldn’t even fathom how crazy his upbringing must have been. Yet, he told me he had a happy childhood and loved growing up in a blended family. There were times where he missed his dad and other brothers and sisters, but he learned to live with it and make the best of it. I was impressed.

Fast forward two years later from the day we met and he was divorced with two children. We were still friends and I had witnessed how a happy-go-lucky guy at the young age of 22 lost the most precious thing he possessed: his children. He was heart-broken and sad and finally he began to realize how his parents might have felt when they decided to divorce after 5 kids and more than a decade of marriage.

It was the first time in my life that I witnessed a separation and the heartache that comes with the aftermath. I decided for myself that I would never be in these shoes — never say never. I supported him as a friend and through that we became closer and closer.

In the beginning I strongly denied having feelings for him, and when my mom said, “He’s such a good guy, why don’t you give him a chance?” I told her that she must’ve lost her mind and that I could not, would not deal with all of his “baggage”. To make a long story short: 7 months after that we lived together and were getting ready to get married (that’s another story).

The first year of our marriage was hard. I kept telling myself that if we made it through the first year that it would get easier. It was wishful thinking. Now 16 years later, I can say the first 7 years were hard. They included tears, fights, long walks around the block, screaming into the woods, cursing, misunderstandings, name-calling, court battles, heartaches, thousands of dollars spent on travel, lawyers, and court proceedings, lies, withholding, neglect, and depression.

I am glad the time has passed and we made it out in one piece, but if anybody told me I could have a do-over, could I, would I do it again knowing what I know today?

Q: Do I love my husband?

A: Yes, he is an excellent father.

Then why would I say what I just did?

Simple… as a stepmother, I’ve been called names, blamed for things I had nothing to do with, talked behind my back, badmouthed, lied to and about, used and abused, mistreated, misunderstood, and all because I actually tried to be exactly the opposite of the common perception of “The Evil Stepmom”.

I never demanded or asked for anything. I never made anyone choose. I never lied about their mother. I never treated her unkind. I never forgot their birthdays or a holiday. I never whined about how much money we spent on travel, child support, court costs, lawyers, or on the children.

During that time, I never told my husband all I really wanted to do is run away.

Now both of these children are grown up. They are adults. One is 21 years old and the other is 18 years old. They can make their own decision. They do not remember anything other than growing up in a blended family, but I hope they will remember:

Since I realized #5, I am feeling at peace with my decision having married a guy who had a family before he met me.

Although the last 16+ years of our marriage have not always been easy, I can say that it made me the mother I am today. I am strong. I am fierce. I am tough. I am loving. I am caring. I am patient. I am their mother – and nobody can change how I feel about them and have felt about them. For if I hadn’t loved them from the start, I for sure wouldn’t have endured a minute of the crazy I’ve been put through.

Are you considering remarriage?

Are you living in a blended family?

Have you been raised in a blended family?

I’d love to hear your thoughts and words of wisdom. 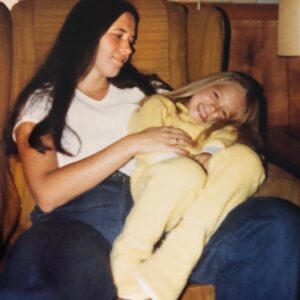 My Mom Has Always Been There 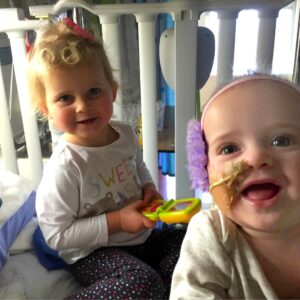 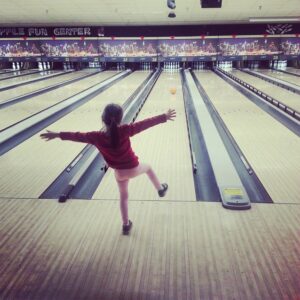 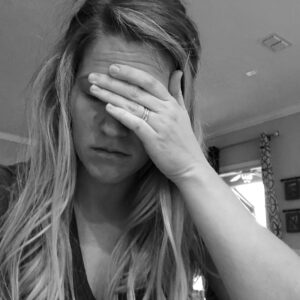 I Need a Break, But I Never Take One 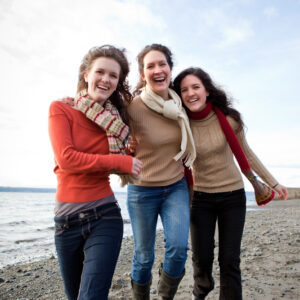 Dear Mama, These Years With Older Kids Are Worth Waiting For 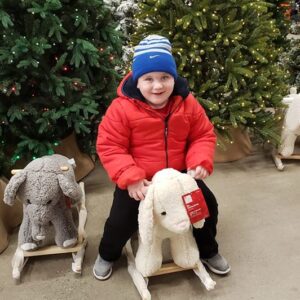