There Are No Mother’s Day Cards For Broken Relationships

Every May, I wrestle with, what is for me, the most highly fraught holiday of the year—Mother’s Day. As I stand staring at the abundance of cards produced by companies such as Hallmark, American Greetings, and the like, I wonder if any of the card writers ever wrestle with finding just the right wording for a card as much as I wrestle with trying to find the most ideally worded card.

While there are a variety of options to choose from—sentimental to faith-based to funny—I’m on the hunt for something different.

A card that captures the true essence of my relationship with my mother.

Something like, “Happy Mother’s Day! Look at me! I’m a functioning adult despite your best efforts,” or “Thanks, Mom, for all that you did, and continue to do, to make my life harder than it needs to be,” or simply, “I thrived despite, not because of you—CHEERS!”  . . . with a funny picture on the front of course.

These types of cards probably won’t be flying off the shelves or maybe they would—perhaps there’s an untapped market out there that card companies are missing out on.

Either way, I know I can’t be the only one who has a relationship with their mother that is more in line with smudged-stained glasses rather than rose-colored ones.

When I was a little girl, my mom used to tell me that before I was born, I was with God in Heaven. While there, I had the opportunity to look down at the world below and select my future parents.

RELATED: My Toxic Mother Tears Me Down, But I Will Rise Above

Either I was the dumbest yet-to-be-born baby or perhaps I was the kindest and decided to take one for the team because, goodness, did I select a doozy.

A father who died four months before I was born, a mother who puts her needs before anyone else’s, and an alcoholic and abusive stepfather.

Regardless of the reason I had the childhood I did, it was mine. I could either let it break me or make it through.

And I did make it through, barely.

It wasn’t until I was in my 30s that I actually felt as though I was finally thriving in life. It took over three decades for me to move past the damage done in my childhood. Therefore it shouldn’t be surprising that for most of my life I was convinced I was not meant to be a mother. And truthfully, for most of my adult life, that was an honest and accurate assessment of myself.

It wasn’t until six years ago when I became pregnant, that I realized I truly wanted to become a mom. Unfortunately, that pregnancy ended in loss, but two years later, we were blessed to welcome our son into our lives.

Like most parents, I had a lot of fears entering this new phase of life, but no longer was I consumed by my biggest fear.

The fear that I would be like my mother.

I would love to say that all the work I put in as an adult erased the hurt thrust upon me by my mother, but that would be a lie. Instead, I learned how to grow from my experiences, create necessary boundaries, and see her for who she truly is—an insecure woman who doesn’t have the ability to selflessly love another. Her actions never had anything to do with me personally.

In the almost four years since becoming a mom myself, I am proud to say I am nothing like her. I encourage rather than tear down, I keep my son safe rather than put him in harm’s way, and I provide him with love rather than try to manipulate it from him.

Yet, I still have a complicated relationship with Mother’s Day. For my mom, the holiday represents a day that is all about her, one where she believes she should be showered with adoration and gifts and one where she can attribute my achievements to her parenting.

I never want my son to feel any of that.

Perhaps I go too far the other way. I would rather have Mother’s Day be like any other Sunday of the year, giving praise to God for all He has bestowed upon us. Because He is the true reason I am able to provide my son with unconditional love, support, and security.

RELATED: I Can’t Change My Mom, But I Can Change the Way I Let Her Affect Me

Don’t get me wrong—I’m not calling for the end of Mother’s Day or the celebration of mothers because we all know most mothers completely deserve it, I’m just trying to figure out a balance for myself.

In the meantime, you can find me in the card aisle trying to find the ever-elusive “funny/sarcastic/you suck at being a mom but you still gave me life” type of Mother’s Day card.

Laura lives in Austin with her husband and son where she enjoys writing, being involved in her local church and attempting to find the perfect chocolate chip recipe! She has written for Chicken Soup For The Soul, Scary Mommy and The Penny Hoarder along with sharing her adoption story on her blog.

She’s My Mom, and She Did Her Best 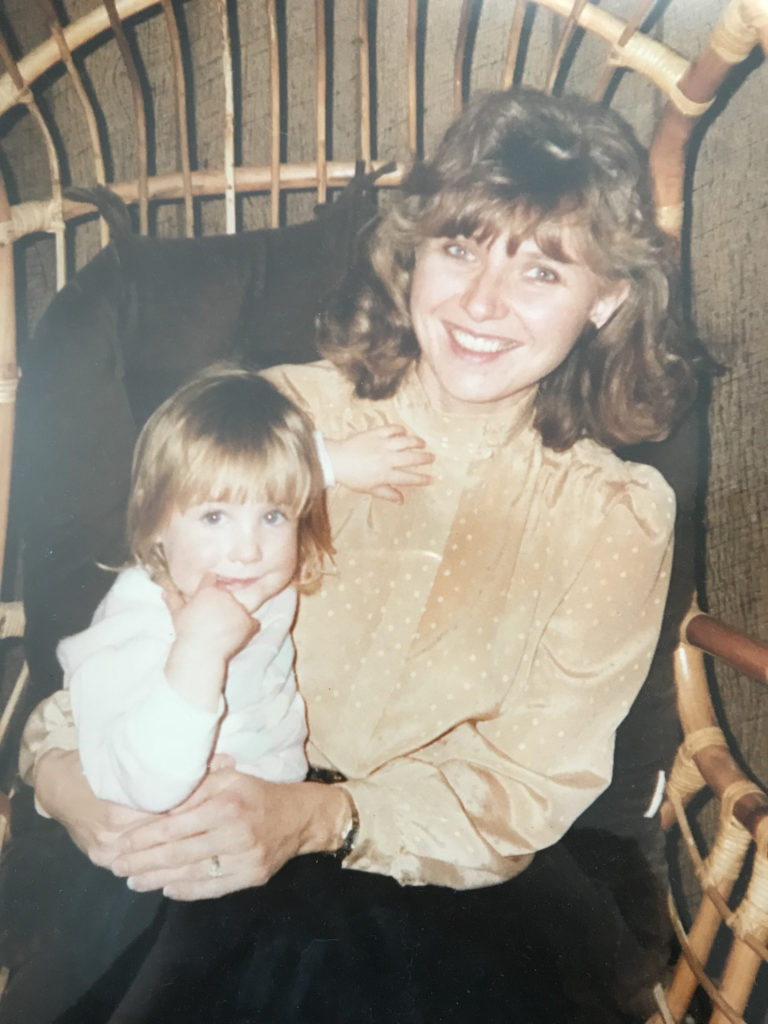 It was a typical Thursday morning, but the gloomy clouds and drizzling rain poetically accompanied a nagging sadness that I tried to ignore as I went about my routine. My mom left early that morning after staying with us for a month-long visit. I missed her. But I didn’t expect to. The feeling of emptiness that filled me moments after she walked out the door crept up on me like a child hiding around the corner, waiting to spring out at you as you pass. A startling surprise that makes you smile once the adrenaline wears off. This warm-and-fuzziness was... 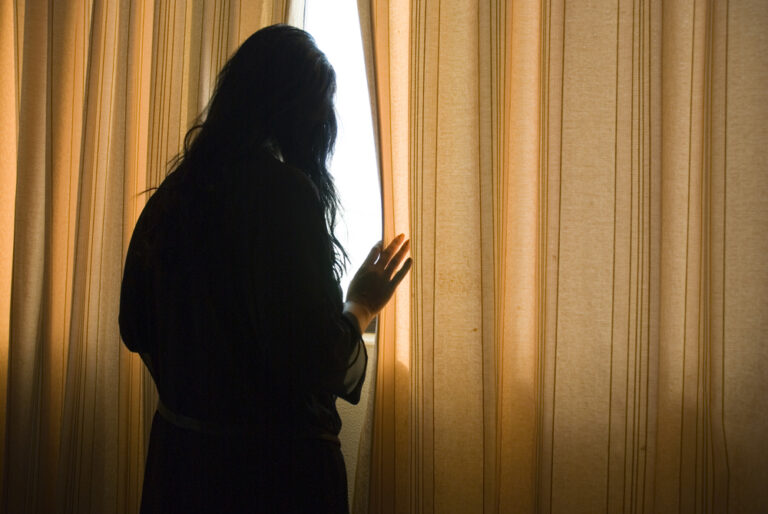 OCD Isn't a Trend, It's a Treatable Disease—I Know Because I Have It

OCD Isn't a Trend, It's a Treatable Disease—I Know Because I Have It 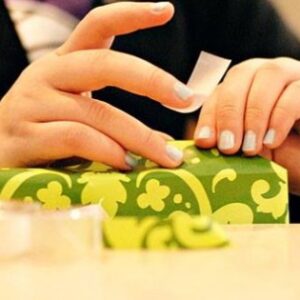 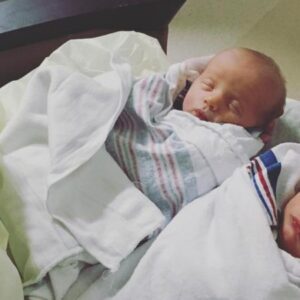 A Father to the Fatherless: A Letter to My Children 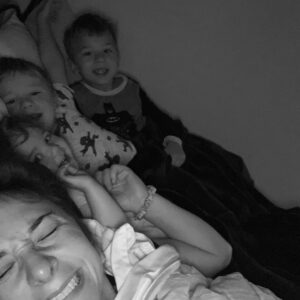 Of All the Moms and Babies in the World, God Put Us Together 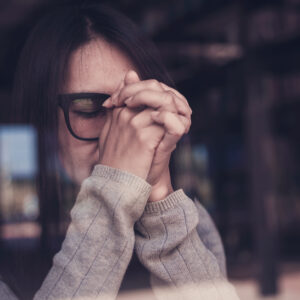 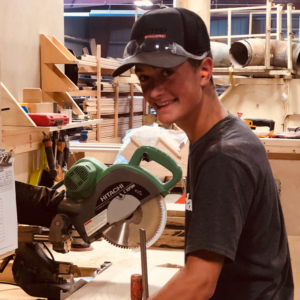 All of a Sudden I’m Mothering Men 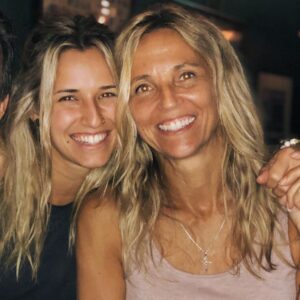 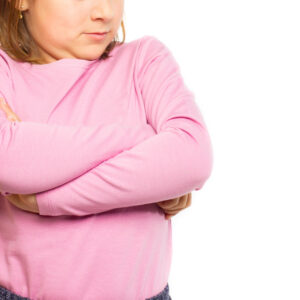