I don’t know if other divorcing parents are as diligent as I was in finding ways to make divorce easier on a child. I consulted dozens of books on psychological support for children going through a divorce, listened to podcasts and family therapists on the web, and absorbed any information on how to get over the divorce with a child.

My daughter is seven years old. It’s the most challenging age to break the news about divorce according to my extensive research. Elementary school kids are old enough to understand adults’ feelings and the complexity of the situation. But, unfortunately, they are also more prone to mental disorders such as anxiety and depression.

As a child of divorced parents, I suppose I’ve had first-hand experience coping with mental health issues. Neither my mom nor my dad tried to make it easier on me. The very thought that children might need psychological support in a post-divorce period was foreign to my parents.

RELATED: Kids With Divorced Parents Will Be OK

Whenever I stayed with my dad on assigned weekends, he would drag me into the middle of conflicts between him and my mom. He called her names and blamed her for their divorce. As for my mother, she wasn’t the best role model either. Two months after the divorce, she brought home her brand-new boyfriend, whom she had met three weeks earlier. That was her idea of revenge on my father.

Needless to say, I was crushed and angry. I started hating my mother and defying her on every occasion. My dad rejoiced. It was not till I turned 18 that I found out my father had cheated on my mother, which ruined their marriage.

Coping with divorce as a child in such a toxic environment left deep marks on my perception of family and marriage.

Who knows, maybe that traumatizing experience was partly responsible for my own divorce.

The way my parents treated me was the opposite of how you should deal with divorce and children. Instead of giving me the attention I needed at that challenging time, they focused on their resentment and revenge. Each of my parents expected that I would pick their side and support them when, in reality, I was the one who needed help the most.

I have no idea how I managed to get over divorce as a child. Maybe, I’m still recovering.

Unfortunately, not everybody can deal with separation wisely when a child is involved. Many parents wrongly believe their divorce doesn’t affect their kids that much. As a result, children may feel betrayed and lonely in their suffering.

As for me, I knew I wasn’t going to be one of those parents who deprive their children of emotional support because they cannot put the child’s interests above their own.

Armed with the knowledge I had gathered from the many articles on how to help your child through a divorce, I prepared to fight for my daughter’s happy childhood. I spent countless hours collecting anything I considered valuable from leaflets and books titled something like “help for children of divorce.”

I learned there are several critical stages of helping kids cope with divorce.

The first and the hardest one is to tell your child about it. And their reaction can sometimes be unpredictable.

My daughter didn’t throw any tantrums, unlike some other kids. She didn’t ask any questions either. When it was time to have that dreadful conversation, she didn’t say anything. Instead, she remained silent while I convinced her that our decision to split had absolutely nothing to do with her.

From what I’ve learned, 6- to 12-year-olds tend to develop guilt over their parents’ divorce and fear being left alone. That is why you should reassure your children that you will always be around.

RELATED: Divorce, Kids, Ex’s and Steps and How to Make it Through

I have to say I was surprised by the lack of response from my usually cheerful daughter. Later, I discovered that kids without pronounced reactions to frustrating news endure a divorce situation much worse than those who get angry or cry because they accumulate negative feelings and keep them inside.

A few days after the first conversation, I talked to my daughter again and mentioned a few changes in her daily and weekly schedule. To my immense relief, she was more talkative compared to the last time. I guess she finally started coming to terms with the unpleasant reality.

I often engage my daughter in lengthy conversations to talk about her fears and expectations. I’m not saying I terrorize her whenever possible with endless discussions. We talk once in a while, and it is more casual than official.

Finding the time to let the kids express their emotions and supporting them are only a few of the rules for helping your child deal with divorce.

I incorporated several other techniques in our daily lives to make them less stressful for all of us. Since my ex-husband and I feel uncomfortable around each other, I didn’t want my daughter to witness the tension between us whenever he takes her for the scheduled visits. So we agreed the best course of action would be for my ex to pick our daughter up from school on Friday and bring her back on Monday morning.

Choosing school instead of our house for transitions was a part of the valuable advice for children of divorced parents that I dug up on the web. Even when we see each other, I stay calm and have civil conversations with my ex-husband, ruling out any possibility for my daughter to see conflicts between her father and me.

RELATED: Divorce is a Series of Unfortunate Events That Can Still Have a Happy Ending

One of the other helpful tips for children whose parents are divorcing that I added to my arsenal was hiding resentment or disapproval when my daughter returns after seeing her dad. I made it a rule to ask about her visits as if she spent time at summer camp. I never bad-mouth her father or his choices of activities. It would only undermine the trusting relationship I have with my daughter.

My own bitter experience growing up with divorced parents taught me you need to provide as much support to your children as you can.

When I tried to get through divorce as a child myself, I remember how grateful I felt when my grandfather came to spend time with me and listen to my complaints and worries. Recognizing that, I constantly involve other positive-minded people in my daughter’s life–friends, relatives, and sometimes teachers.

Helping children cope with their parents’ separation requires wisdom, which I lack on many occasions. But at least I’m always there for my child.

I am far from convinced that I do everything right for my daughter. We’re still struggling to live a normal life. But for now, we’re together and as happy as can be.

I'm a freelance writer at onlinedivorce.com. I'm a devoted mother and wellness enthusiast. I live and enjoy life with my 7-year-old daughter and two dogs.

The Thing No One Tells You About Divorce

This is the part of divorce no one talks about. The more I’m forced to learn about divorce, the more I think it’s a lot like motherhood. No one tells you about the padsicles or how much labor actually hurts. They don’t mention the depth of the sacrifice you’ll have to make, or how you’ll sometimes wish you could have just one day in the life you knew before. If they did, you might wrongly believe you couldn’t do it, that you weren’t quite strong enough to survive all it would demand of you. You’d be wrong, but your fear...

Divorce Was Not the End of My World 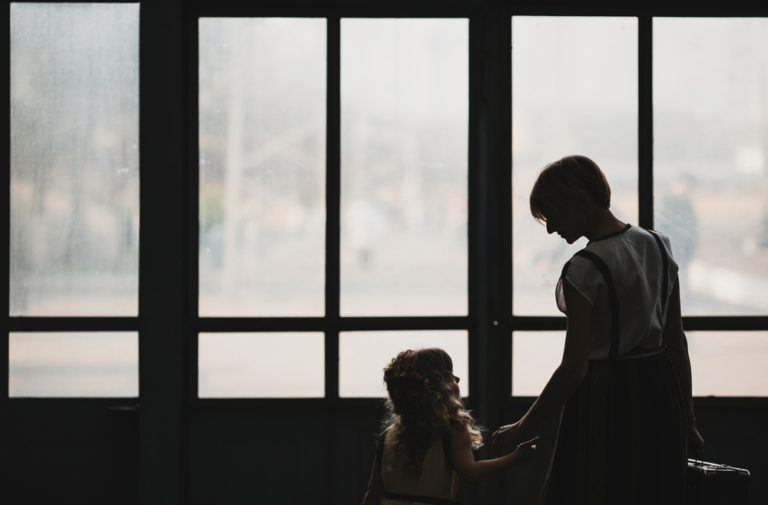 There are storms of emotion involved with the big D-word. No matter the cause or circumstances divorce is quite the beast to bear. I cried and screamed and was utterly broken. I mourned the traditional life I had always dreamed of, but my world did not end. Looking back, I can recognize the stages of grief but at the time, it was one foot in front of the other. As thoughts and sorrow overwhelmed, I would take huge gasps of air and tell myself out loud that this too shall pass. I clung to the teeter-totter of ups and downs... 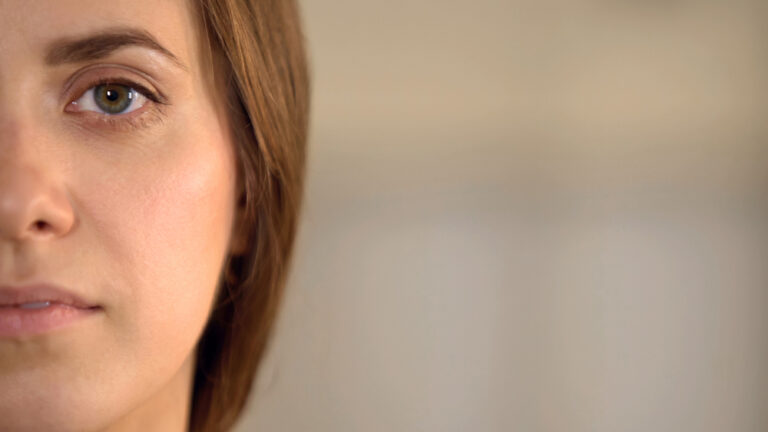 I recently ran into an old acquaintance while shopping with my daughter. I hadn’t seen this woman in about five years and we haven’t kept in touch on social media. The conversation started off by us meeting each other’s children and talking about our oldest beginning kindergarten in the fall. We then transitioned to talk about old co-workers we had kept up with and what they were doing nowadays. The conversation was surface but polite, until it wasn’t. This woman lowered her voice, leaned into me, and whispered, “I noticed you aren’t wearing a wedding ring. Did you get divorced?”  ...

As a Birth Mother, Time Doesn’t Heal All Wounds 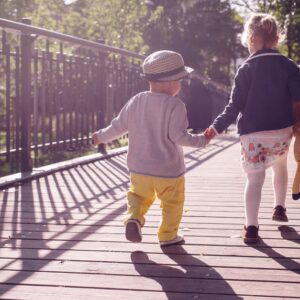 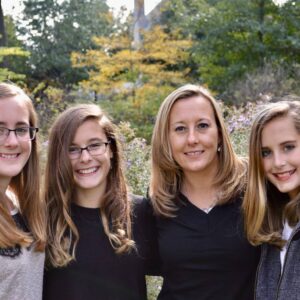 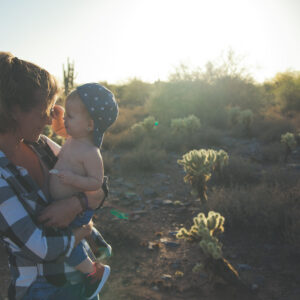 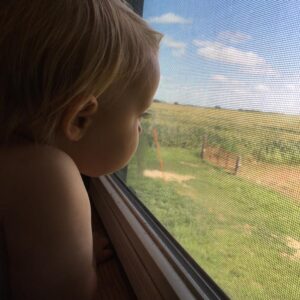 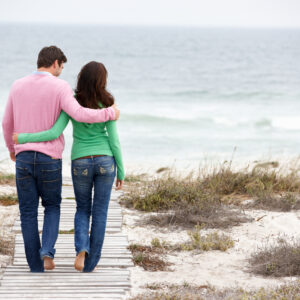 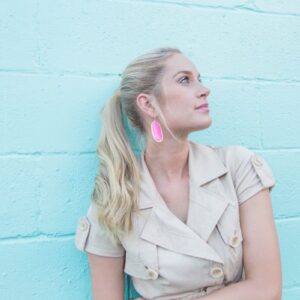