“I know it’s not true, but I feel like you don’t love me anymore.”

My husband’s words caused me to freeze in my tracks. I had been on my way out the door, but as soon as those words were uttered, I knew I wasn’t going anywhere. The words hung in the air, and I held my breath, mind racing. What could I possibly say to that?

I slowly turned around, silently waiting for my husband to continue. Which he did.

“I feel like you don’t want to have sex with me anymore.”

I cringed internally. Clearly, I wasn’t the only one who felt like our relationship was suffering. My husband sensed it, too. And the worst part? His words weren’t entirely untrue.

RELATED: Infertility is a Thief

I didn’t like having sex at all. Every month, trying to conceive meant having sex four to five days in a row. For some, that might seem like a dream, but for me, it quickly became a nightmare. I absolutely detested those days of required sex. I hated the necessity of it. I hated that my husband and I couldn’t just make love when we felt like it. I hated that sex was all about increasing our odds of becoming pregnant. We had sex because we were trying to conceive.

It was less about love, and more about trying to make a baby.

It was all about that phantom child, that dream of conception that never became real.

Every month I would watch the charts until I would dutifully inform my husband that we needed to have sex for the next five nights. We would then squeeze it in where we could, and when my fertile window closed, I closed myself off for the rest of the month, desperate to recover from my days of trying to conceive. I would nurse my wounds until the end of my cycle when another period informed me that for all our trying, we had failed to get pregnant again. And then the cycle would continue.

I hated having sex. It had become a regular reminder that we could not become pregnant, that we had failed to conceive a child once again. The need to have sex during my fertile window had killed my desire for sex. I remembered a time when I enjoyed making love with my husband. But that was back when it was about making love, and not about making babies.

RELATED: Infertility Has Refined My Marriage In Ways I Never Expected

As I faced my husband and slowly let out my breath, I knew that something needed to change. I didn’t want my husband to think I didn’t love him. I didn’t want to hate sex anymore. I wanted the joy and spontaneity back that we had experienced in the first years of our marriage before I had been labeled “infertile.”

As I confessed all of this to my husband, it became increasingly clear to both of us that trying to conceive was ruining our marriage. But just the thought of giving up hurt.

If we gave up our charting, we were most likely giving up the slim chance that I might get pregnant.

We were giving up our dreams of another child in a very real, physical way. Giving up charting effectively meant that our dreams of a baby would most likely never become real.

Could we really just give up?

RELATED: This is Infertility

I stared at my husband, knowing he was silently burying the prospects of having another child. I had come face to face with my infertility and buried those dreams alone over a year ago. After so many months of trying to conceive, I knew each passing month made that chance less and less likely. But I also knew my husband still held onto that dream. He had remained optimistic throughout, while I had been more realistic in my expectations. But now he was burying the dream, too, because we both knew the answer to my question. There was only one thing that we would not give up on, and that was our marriage.

Faced with the choice between trying to conceive and saving our marriage, we chose our marriage.

My husband held me as I cried, and then I kissed him as he mourned a future that he desperately wanted. He stroked my hair, and then I led him down the hallway to our bedroom, where he reminded me that I could like sex and I reminded him that I did, and always will, love him.

I am one of those people who was born to be a mother. So, when I was about 10 months into trying to conceive without success, I visited my OB/GYN to ask some questions. I wanted tips or tricks on better timing my ovulation and increasing the chances of getting pregnant. Instead, after some testing for both my husband and me, we heard the words, “I’m so sorry, but I don’t think you’ll be able to get pregnant without medical intervention.”  Excuse me, what?  This was not my plan for parenthood. This was a place I knew nothing about. I...

Every Time the Doctor Says, "It's a Girl!" My Heart Grows a Little More

Every Time the Doctor Says, "It's a Girl!" My Heart Grows a Little More

Dear 2020 Baby, You Changed Everything

How Growing Up in a Dysfunctional Family Affects My Parenting 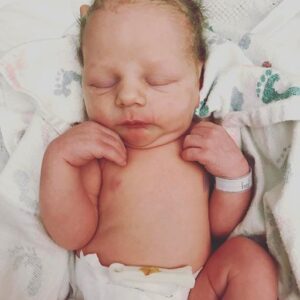 A Mother’s Prayer: Lord I Give Him Back To You 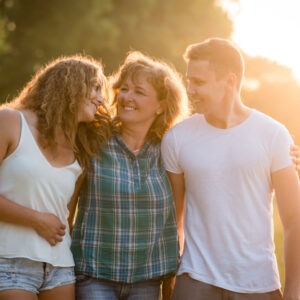 I’m Not a Young Mom Anymore 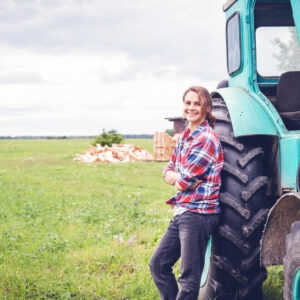 Dear Farm Wife, I See You 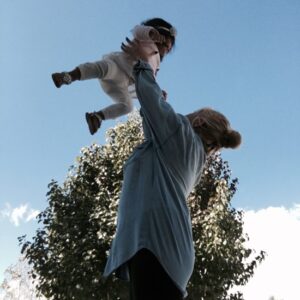 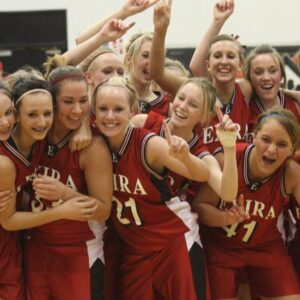