When umbrella doesn’t save her, maybe sisters will…

**NOTE**I had the most difficult time writing my column this week. Honestly, I sat down in front of my computer at least 10 times to write down what my mind was thinking but couldn’t get it into words. I even wrote one of my editors and told them not to expect something from me this week. But then I woke up on Saturday and it hit me; I knew exactly how to write it. Turns out – Saturday was the EXACT anniversary of my nephew’s birth and the exact anniversary of the moment when I knew I needed to be closer to home ~ 7 years ago. I honestly had forgotten it was his birthday until I was reminded later that evening. It may seem like an insignificant coincidence to some, but to me – it just all made sense. ~Leslie

When umbrella doesn’t save her, maybe sisters will..

My older sister Lindsay shouted from below: “Do it — just jump.” I gripped the My Little Pony umbrella tightly and readied myself for the plunge. The distance was at least 10 feet from the balcony of our home to the ground below.

A single bed sheet was lying on the grass to soften the blow, just in case our plan failed. But it wouldn’t fail. We were out to prove we could float with my umbrella, just like Mary Poppins.

Seconds later I was lying on the sheet, the umbrella still gripped in my hand, as pain pulsated from my knee.

I don’t know how I became the guinea pig for this experiment, but I don’t recall being upset. If my older sister wanted to try something, I listened.

However, I probably should have listened to my conscience on this one.

I loved being the youngest of four girls. Each one of my sisters played a special role in my life. It’s a bond I know I’m lucky to hold. I see that same bond being formed in my girls. But lately, my almost-4-year-old, Ella, is getting a bit frustrated with her little sister.

“I just need some alone time, Mama,” Ella spouted as she ran into her room. On her way there, she also yelled, “I don’t like Gracie anymore.”

I walked down to her room and tried to explain to her why she shouldn’t spout those words.

“You are very lucky to have a sister, Ella,” I explained.

She turned away, not listening to the words coming out of my mouth.

“It’s hard to explain, but someday, you’ll know,” I said, as I shut the door behind her to allow for plenty of alone time.

Like Ella, at a younger age I didn’t understand the effect each of my sisters would have in my life. As a young girl, I saw them as playmates, role models and fellow experimenters. We explored the world together, and just as Ella explained, annoyed each other, as well.

But it wasn’t until the summer of 2005, the year distance separated us, when I truly understood how much each of their friendships meant to me.

Kyle and I had been living in Houston for nearly a year, and his job and travel expenses made it difficult to visit home very often. We enjoyed the city life and all it offered, but there was just one glitch in our living situation — Houston was miles from Nebraska; miles away from my sisters.

I didn’t realize just how far until the phone call came.

My sister Lisa was expecting her third baby, a boy named Gabe. I had been told via email that her contractions had begun, so I knew his arrival into this world would soon be upon us. That night when my sister, Lindsay, called, I expected to hear good news. Instead, these words stung my heart.

“Leslie, something’s wrong with the baby,” she cried. “He’s not going to make it.”

I had never felt so helpless. I remember the tattered chair I was sitting in, the papers that were lying in front of me, the temperature of the room and the tears in my eyes. But mostly, I remember the pain in my heart. All I wanted to do was be with my sisters.

Kyle and I moved back to Nebraska less than a year later.

My sisters and I don’t always get along. And each of us recalls different versions of our childhood.

“You were spoiled” and “I worked harder than you,” they joke. Although it’s easier for us to make fun of each other’s outfit than to say, “I love you,” we all know it’s there. At the core of each of our hearts is a friendship — a bond — we are so lucky to hold.

As the youngest of four, it’s a unique feeling to be protected by older sisters. I love having them on my side. I still look up to them and admire each one for her different strengths.

If she doesn’t already, I know that someday very soon Gracie will be looking up to her older sister, Ella. Gracie will emulate Ella’s actions and try to be just like her big sis. I want to explain this to Ella during her moments of frustration, but I know only time will allow her to understand.

If she’s lucky, someday she’ll realize that her sister isn’t just a member of her family. Her sister is her best friend.

And instead of requesting alone time, she’ll want to be by her side through every major event of her life; especially the moments when she falls.

Check out the Kearney Hub to read more posts from Leslie. 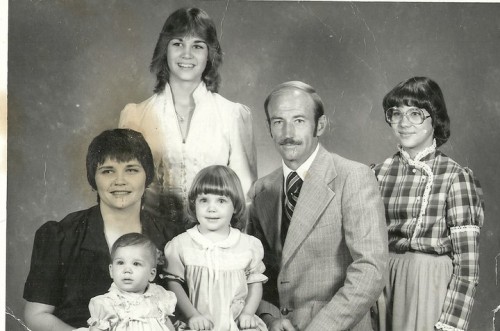 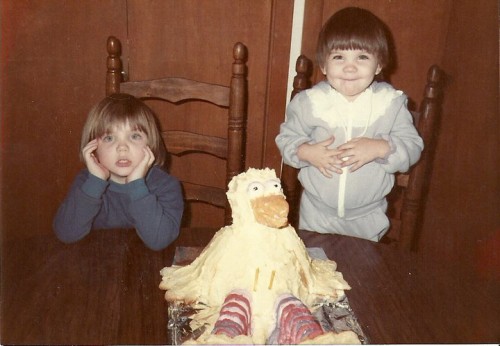