We got a letter from our pastor about something new our church leadership is trying for Christmas this year. There is going to be a Christmas offering– something above and beyond what we would normally give to help support our church community in some new ventures. And they wanted us to submit a prayer request they would commit to pray about over the next year. Not just any prayer request– an impossible prayer request.

I have grown up steeped in the Christian faith. The idea of praying for impossible things seems totally normal to me. God does miracles. I believe that. I see the evidence of it in the Bible and in the stories of believers around me who have seen God do what no one thought could be done. So it was surprising to me how overwhelmed I felt trying to come up with an impossible request I could hand over to my pastor and elders. I know God CAN do the impossible, but do I believe he WILL? Do I really trust that God does the impossible not just for men and women of the Bible, not just for missionaries in the stories I heard as a kid, not just in the medical mysteries I read, but for ME?

If I do believe God will do the impossible for me, it’s sad to me that I’m not asking or expecting it more often. I tried to think about what challenging, difficult, unlikely thing I needed from God and I came up blank. My own thinking is so contained and controlled by the constraints of what I see as “reality” and a strong need to protect myself from disappointment. It was frustrating to me to realize that while I have access to ask God for the things ONLY he can do, I may only be talking to him about the things I think can probably happen without his involvement.

During this Christmas season where we thank God for his miraculous, impossible gift, I have looked at the characters involved in that first Christmas story and have found myself identifying with Zechariah.

In the time of Herod king of Judea there was a priest named Zechariah, who belonged to the priestly division of Abijah; his wife Elizabeth was also a descendant of Aaron. Both of them were righteous in the sight of God, observing all the Lord’s commands and decrees blamelessly. But they were childless because Elizabeth was not able to conceive, and they were both very old.
Luke 1: 5-7

Two people who love God and work to live in a way that pleases him find they can’t get pregnant. This is a story that sounds familiar to me. While devoting our lives to caring for other people’s children through work at a group home, my husband and I found out we were infertile. Lots of testing and multiple doctors and specialists confirmed it over several painful years– without major medical intervention, we would never have a biological child. As devastated as I felt about never experiencing pregnancy, I wanted to come to peace about the road God chose for me. I grieved it and did my best to move on. We decided to become parents through adoption and foster care because hoping for pregnancy seemed like a lost cause.

Once when Zechariah’s division was on duty and he was serving as priest before God, he was chosen by lot, according to the custom of the priesthood, to go into the temple of the Lord and burn incense. And when the time for the burning of incense came, all the assembled worshipers were praying outside.
Luke 1: 8-10

I love how coincidental this scenario seems. Zechariah was just doing his job. In the normal course of his responsibilities, he was randomly chosen by lot to go into the temple of the Lord. I can look back at so much of my infertility journey and see the “randomness” that wasn’t at all random. The paperwork hurdles, the lost referrals, the agency problems, all the wrong things that happened that meant we were in exactly the right place at the right time to adopt the children that needed us– children who never would have been in our family if I had gotten pregnancy to work on my timetable. I can see how God delights to use what seems like randomness, coincidence and serendipity to work out his divinely orchestrated plans that were set in motion before we ever knew to ask. But for my weak faith, sometimes it is easier to assume it is all random chance than to believe God always had a plan. 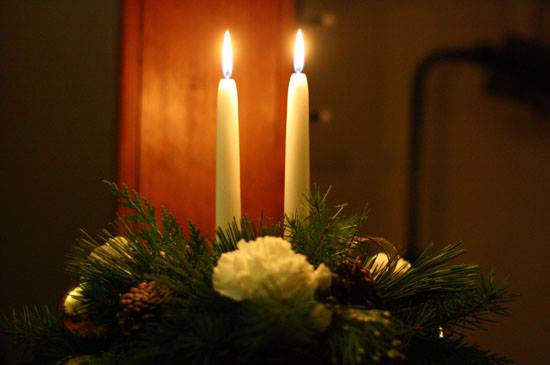 Then an angel of the Lord appeared to him, standing at the right side of the altar of incense. When Zechariah saw him, he was startled and was gripped with fear. But the angel said to him: “Do not be afraid, Zechariah; your prayer has been heard. Your wife Elizabeth will bear you a son, and you are to call him John. He will be a joy and delight to you, and many will rejoice because of his birth, for he will be great in the sight of the Lord.”
Luke 1: 11-15

Beautiful, right? Exciting and startling and exactly what Zechariah had been waiting so many years to hear. A son! A joy and a delight to you! And all of this message came from a terrifying angel of the Lord who appeared to him in God’s holy temple. So obviously Zechariah was nothing but thankful? He knew immediately that God could be trusted and that his prayers had been heard? Not exactly.

Zechariah asked the angel, “How can I be sure of this? I am an old man and my wife is well along in years.”

The angel said to him, “I am Gabriel. I stand in the presence of God, and I have been sent to speak to you and to tell you this good news. And now you will be silent and not able to speak until the day this happens, because you did not believe my words, which will come true at their appointed time.”
Luke 1: 18-20

Oh, Zechariah. I know that heart of disbelief. He was faced with an angel, a promise, an answer to prayer and he found it hard to believe what he was hearing. So he asked for a sign. And he got one. I’m thankful I’ve never been struck with muteness for my unbelief, but it is strangely heartening to me to see that someone who could be described as “righteous” and “blameless” could also be so confused in the face of the miraculous. It makes me wonder if the prayer for a son was one Zechariah had long ago quit praying as he tried to make peace with the life he thought God had for him. 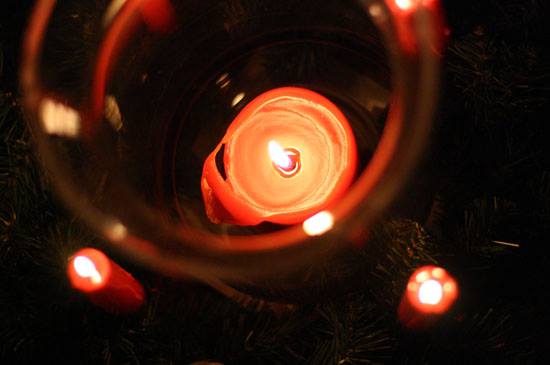 I remember my own moment of confusion. I didn’t believe it when I saw that positive pregnancy test just weeks after hearing from another specialist all the reasons why we’d never get pregnant without help. We were raising three kids ages 4, 2, and 1 (two adopted, one foster)– this was hardly the timing I had envisioned. While my body continued to safely grow this new little person, my heart remained fearful and self-protective. It wasn’t until I was literally face to face with my newborn son that I believed it was possible. His first cries unleashed a torrent of tears and thankfulness for what God did. What only God could do.

I have seen God do the impossible in my own life. I have seen him answer prayers. It has been a surprise to me to learn that prayers don’t have an expiration date. God can answer them in his own time– a timeline that allows for so much beauty and growth to happen during the waiting. I look at my family of six children (four adopted, two biological) and KNOW God has done more than I could imagine. He gave me more than I dared hope for and MUCH more than I ever asked for. But other people were asking. Over the years SO MANY people told me they were praying God would bless us with a biological child. Long after I stopped praying or even hoping it could happen, others continued to ask in faith. I know God heard them and I believe my children are an answer to their prayers as well as my own.

This is why I’m so thankful my pastor and elders want to commit these issues to prayer. Sometimes our own pain makes it difficult to ask in faith. We aren’t sure God wants good for us, or at least what we perceive as good. We may have already asked a thousand times and we just can’t bring ourselves to ask again. That’s when we need our church family to come around us and lift up our requests. God can handle our pain and fear and even our anger. When we know others are asking in faith, sometimes it feels safer to express our frustrations. God can bring us peace when the answers aren’t what we want, when the diagnosis doesn’t change, when the miracle is that God is faithful and compassionate even in our suffering.

So I’ve got some thinking to do. I want to open my eyes to look beyond what seems possible to me and ask God what he wants to do in my life. I want to pray in faith for my friends who may have lost the faith to pray for their own needs. I want to give myself some grace and remember that even the blameless and righteous Zechariah struggled to believe in a miraculous God.

What’s your impossible prayer request for this year? Maybe it will help me to think bigger.