80s kids! 90s kids! We have an announcement, so put down your phones for a sec and listen up. Did you grow up watching Dorothy make fun of Blanche’s endless love interests? Do you have several Sophia-isms at the ready when you need a biting come-back? Have you ever wondered if there’s a real-life St. Olaf where the rest of Rose’s hilarious family lives?

Do you dream of living with your besties someday and eating cake at the kitchen table in your bathrobe?

If so, you, and Golden Girls fans from around the world are in for a treat. No, we won’t be seeing a reboot with the ultimate Fab 4, since all of them except for Betty White have passed on to their lanai in the sky.

But, there is something big coming for us GG-lovers. And it includes none other than 80s icon Cyndi Lauper. (Because even in their 60s, girls still wanna have fun. And they should.)

Also signed on to this guaranteed hit (that’s we’ll be able to stream Netflix, yay!) is the always hilarious Jane Lynch.

That’s right—Lynch and Lauper (with the rest of the cast yet to be determined) are set to star in a modern comedy about being single in their 60s.

This power duo hasn’t let much else slip, but Lynch did share a few tidbits, including: “We’re our age, I’m almost 60, and she’s 65, and we’re looking for our next act, without ever having had husbands or children.”

With Lynch’s sarcastic wit and Lauper’s funky personality, we can already imagine the one-liners and hilarious jabs these two will take at each other.

But who else will join the cast? We have thoughts. Kirstie Alley would make a fab modern-day Blanche. Or how about the comedic genius of Shelly Morrison, who famously played Rosario on Will & Grace? Or the all-time goddess of TV, Phylicia Rashad?

Other details have been leaked, such as the fact that a well-known Seinfeld writer and comedian by the name of Carol Leifer is on board, so bring on the laughs, ladies. We’re ready.

Claiming to be a “Golden Girls for the modern age” is a bold move, Jane Lynch. I mean, that show is timeless and untouchable. You can get the Golden Girls board game, Golden Girls prayer candles, and even actual Golden Girls granny panties with a single swipe on your phone these days (what a time to be alive).

Those 4 women had our mothers and grandmothers laughing through the 80s and 90s and tired moms today can still catch re-runs of Blanche’s shenanigans and Dorothy’s irritation at Stan ringing her doorbell today, after the kids are finally asleep.

Lynch and Lauper will, of course, take their show in a new direction. Today’s 60-somethings can meet their late-night cake cravings with online delivery right to their door. They have dating apps for seniors (swipe right!), and social media that can allow them to stalk the new widow named Paul who just moved into the senior living center down the street.

And, since regular cable is so yesterday, this new show will be viewable on Netflix only. (Let’s just hope these hipster millennials appreciate some good old fashioned retirement age inappropriateness, just as we revered the Rose, Blanche, Dorothy, and Sophia all these years.)

One thing’s for sure—girls ARE gonna have fun when this show premieres. Make sure to stock up on cake, curl up in your slippers and silk robe, and get ready for some laughs.

And even though this show is newer and modern and may involve ordering emergency chocolate on Amazon Prime, we’re pretty sure that at the end of every episode these ladies will find themselves saying, “Thank you for being a friend.” 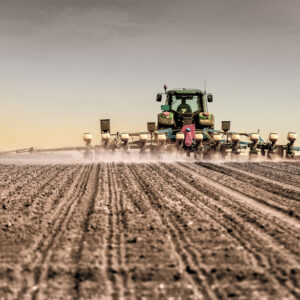 No Matter What, Farmers Keep Farming 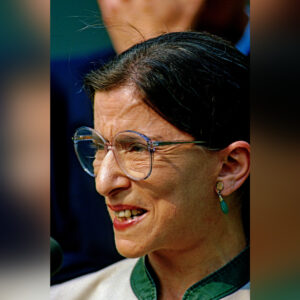 Meet the New Royal Baby (and Prepare to Say “Awwww!”) 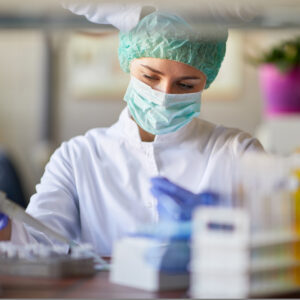