My Stomach Will Never Be Flat Again, And I Couldn’t Be More Grateful

“It will never be flat again,” he said, gesturing to my exposed stomach. “Not unless you get the tummy tuck. Since it’s been over two years since your last pregnancy, the separation in your abdomen will remain the same,” he explained.

“So, are there any medical repercussions?” I asked cautiously. “Can I do any damage if I choose not to have this?”

He looked a bit surprised. “Well, no,” he admitted. “But, see here? These are photos of someone in great shape just like you. It’s not that she doesn’t look good from the front, but as you can see from the side we could only make her stomach flat with the surgery.”

I sucked air in.

I was sent here for a consult for skin removal.

I stared down at the two-inch overhang of the skin just above my C-section scar that would become irritated and itchy at times. The spot that had been cut open twice already. I looked up abruptly, my eyes met his.

“I really just want this skin removed, I’m not interested in anything more,” I said it in a steady voice, but with less confidence than I would have liked. He wasn’t impolite in response, but he abruptly changed his tone and gave me a brief rundown of what my “mere” skin removal would entail. As he exited the room relief washed over me and I exhaled one long breath. It’s not that I’m not a confident person, but I felt confident with my choice and maybe even with my body, maybe.

RELATED: Loving My Body is a Struggle

Later that day, I cried.

For years before this, I hated my body. But, it may not be for the reason you believe.

I was a 20-something, young and fit, and yet my body would not work the way I wanted it to. After several years with my husband, we had decided we were ready to grow our family. If only the deciding part had made it just that easy.

A year ticked by and no two lines on any pregnancy test had appeared. After some bad experiences, I finally found a doctor who took us seriously, and we were diagnosed with “unexplained infertility.” I was so angry at my body. I not only felt like it was failing me and my husband, but it couldn’t even tell me why exactly.

Another year ticked by. A year filled with pokes, prods, medication, and surgery. I watched mothers with envy. I scoffed at the women who easily became pregnant. It must be nice, I had thought, nice to have a body that works like it should. I looked in the mirror with disgust day in and day out.

Then one day it all changed.

The planets all aligned and not just one, but two healthy babies were growing in my belly. It was incredibly surreal. I know it’s cliche, but I needed to be pinched. I would actually become a mom! I was so caught up in preparing for my children, I forgot to take time and really appreciate what my body had done. Even if it wasn’t on my anticipated timeline.

Fast forward . . . I’m holding on to three wonderful, healthy children. All three with perfectly formed tiny fingers and toes, hearts with four chambers, and sweet fair cheeks with the grand assistance of my body.

Sure, I didn’t look quite the same way I had before I was able to become pregnant, but that was OK, right?

Certain parts of my body weren’t as perky, my skin was more jiggly than ever, and I swear I used to have more hair. I experienced a rollercoaster of emotions involving gratitude for a chance to be a mother and wondering if I could still be considered beautiful. It sounds shallow, and almost ridiculous when I say it out loud.

RELATED: This Post-Baby Body Tells a Story of Survival

Everyone always says babies and being a mom is so wonderful. They also say to wear tummy-shaping underwear and ask have you lost the baby weight yet?

We celebrate motherhood, and yet we expect the very bodies that make us mothers to undergo some miraculous return to whence they came.

Years later, I sit ruminating over the words the plastic surgeon said to me. It took me a while to get to this place, but I’m so glad the journey brought me here.

I look over the stretch marks on my thighs and they remind me of the way my daughter’s curls bounce in the sunlight as she runs down our hallway. In these curved hips, I hear the way my toddler squeals with delight over the simplest things. I see this belly that is more rounded than flat, and I see those big, dark eyes belonging to my son when he looks at me as if I’m his entire world.

“It will never be flat again,” the surgeon said. And tears slide down my cheeks when I realize that I’m so incredibly glad for that.

“Thanks, body,” I whisper, “I’m sorry it took me so long to appreciate you.”

Brittany Tryzbiak is an Army wife, mom of three, social worker, and fitness instructor. She believes that advocacy for mothers is best with a holistic approach and a side of humor. 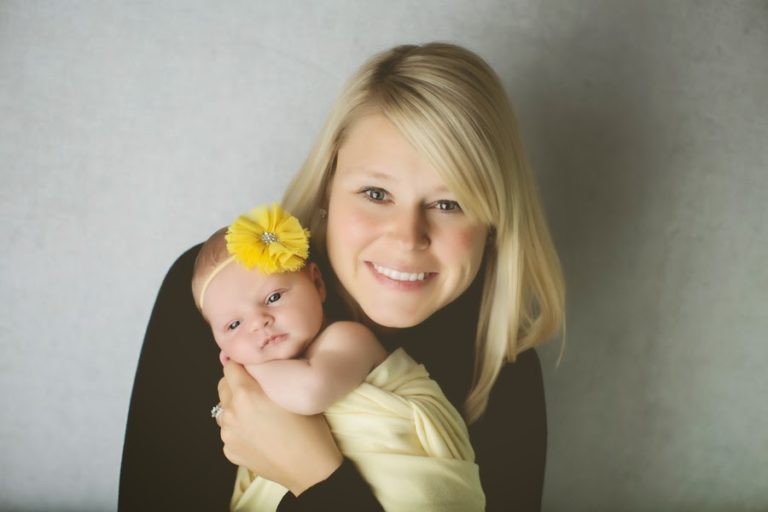 My heart cringed as I opened up another Facebook message. It was from someone I barely knew, and I could tell what it was the moment I opened it up. “How would you like to lose the rest of your baby weight? Now is the perfect time to get the body you have always wanted!” That was the sixth message like this I have gotten this month. THE SIXTH. You see, it has taken me a long time, almost three years, to really become comfortable in my own skin. Since having my kids, things have shifted and moved, lifted and... 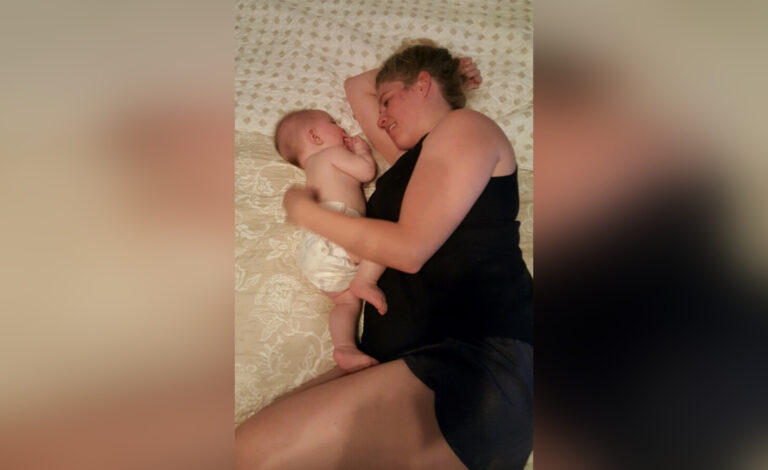 Mirror, mirror on the wall . . . this can’t be me? On the rare occasion, my husband snaps a picture of me and our son, you can bet your bottom dollar 10 out of 10 attempts I’m going to be dissatisfied with the outcome. Often my stomach drops when I see the image, “Wow, that’s me? YIKES.” There’s no angle, lighting, or backdrop that will change how I feel about the photo. I’ve tried. My husband has stood on chairs, moved objects around, and gone through every filter choice in his camera settings. It’s me. I’m the problem. I...

I’m Size Loved and That’s Just Fine With Me

Why is that fit, seemingly healthy guy with that not-so-fit, seemingly unhealthy gal? I am ashamed to admit this thought has crossed my mind, but even more so now that I am, in fact, the not-so-fit gal in question. A friend recently shared a candid photo of my husband and me on social media that left me wondering, What happened to me?! The photo was taken from behind and with no warning to shift my weight or pose, I was left standing next to my tall, fit husband looking anything but and knew there was more to this question .... 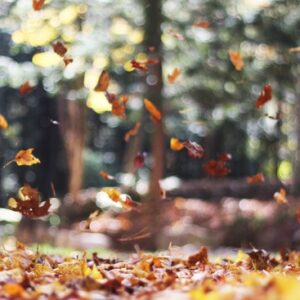 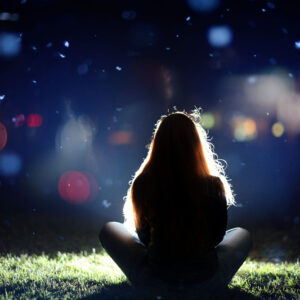 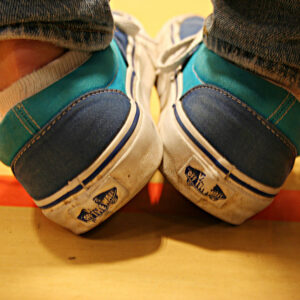 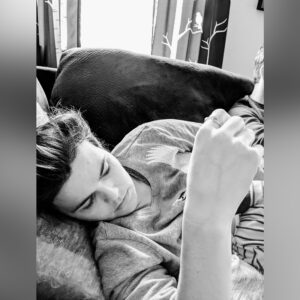 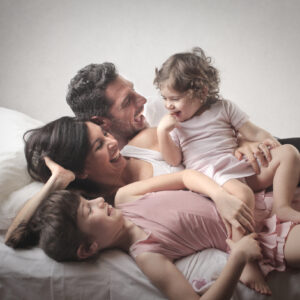 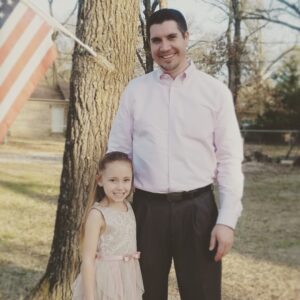