Milestones missed? Experiences and Lessons from my Early and Mid Twenties

Share
Two decades and seven years ago, at 8:45 a.m. I was born. This took place on September 19. My mother started to have contractions late at night on September 18 but my dad wouldn’t let my mom check into the hospital until the next day so he wouldn’t have to pay for more than one night or so (typical dadism). For all my parents did for me, I took today’s breath of life and thanked them for choosing to go in on that bet with my dad’s cousin of ”who could have their last baby first.” Thanks to that gamble, you fine folks get to know that I exist.

Today also marks the day that I do not fit in with my original blog’s site name ”Mid 20-somethings should own a China-set.” I am no longer a Mid-Twenty-Something and my ovaries are saying “why have you forsaken us!!! WHY!!!!” Now, my ovaries definitely do not have a voice, but ever since watching and crying at the movie, Inside Out, perhaps they do. Or maybe it is just the sound of society’s societal norm milestone towards me as a now Late-Twenty-Something-Unmarried-Childless-Woman, that I hear.
I do however own a few amazing China-sets.
For my 27th year out of the womb(birthday), I planned a trip to Chicago, Illinois to take in a Cubs game, Second City Show, ride a ferris wheel at Navy Pier and partake in a Zombie escape room challenge. I get to do this all with someone I have grown fond of to explore a city together to bring in my aging corpse’s day.
Experiences including missed milestones of my twenties thus far:
Early 20’s (20-22): I was taking classes in college, worked as an educator, bridal and beauty consultant, bartender and summer nanny. I turned 21, obviously a vital milestone– one of which I spent at my cousins wedding and then purging in a bathroom of a place that no longer exists after a few drinks/shots of red beer, sex on the beach, soco and lime and the killer ‘three wisemen’- there was no

frankincense to be found that night. A relationship that started at age 19 to the first guy for everything for me including the first to ask me to ‘marry him’ and be given a ring; one milestone that came a bit early for me- ended. I became an adult orphan shortly after and after some of these storms settled, I embarked on a solo road trip to New Mexico to visit my cousin. We went to the Grand Canyon together and later I headed back to Nebraska, solo. With over 3,000 miles alone in a car I planned my life out and decided here and now that milestones were not going to be the be-all-end-all of my existence.
Mid-20’s (23-26): rocked! I finished up some ink on my body and started playing Roller Derby which gave my athletic young self a place to re-emerge. Climbed the ladder at my place of employment for two years. Finally won a pageant (been in 3 different types since my teens) and took the leap to start Stand Up Comedy. Rodeo style rode a firehouse and almost died. Won first place in t 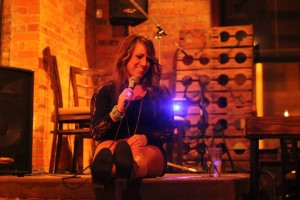 he women’s bracket and second place for the coed Mud Wrestling Match in Benson for charity. Started taking the final courses needed to complete my degree in college. Became an aunt- twice, in which I rock pretty hard at being one and realized being a mom wasn’t a milestone I was near, which was/is ok. Became a published writer through my college and was accepted to write for Her View From Home. Started working with ‘Survivors of Suicide’ to help those who recently lost someone to the disease. Slowly gave up alcohol and substances, albeit a very small glass of wine; once in a blue moon, I remain sober and started my life as a vegetarian. Became ordained (online but it is legit) which allowed me to marry my friends and perform my Aunt and Uncles 60th wedding anniversary vows, which was a milestone in their own life very little may experience. I also met someone who awoken senses that have been dormant since age 22 and for that I resound -Thank you.
Late 20’s (27-29): I will probably still be rockin’ so hard that is makes the earth keep revolving/rotating- meh science. I’ll continue living through milestones unique to myself.
Lessons of my twenties thus far:
A ring doesn’t always mean forever but maybe for now. There is plenty of space in your soul to allow for more than one “love of your life.” Sober memories seem to last longer than the drunken ones. Losing people allows you to grasp the concept of what is important and the brevity of life. Expand past what you think you are capable of. Sometimes you have to step on stage, hold on for dear life and realize that falling might be part of the process. Coming out of my teens I thought there were societal norms to follow and a life events timeline, neither have been a case for me nor has that altered my way of living. I haven’t allowed the vast amount of friends my age choosing to get engaged, married or starting a family to influence nor make myself feel unaccomplished. These are steps/moments many of us, myself included, may have had had glimpses at but chose to continue a different route. Expectations of others cannot dictate my own slices of happiness and I will not cease from living the life I am creating because a few milestones haven’t landed and or because it is happening for others and not me. This isn’t like being picked last for kickball, I do not feel left out folks.
A person’s value is not based on how many societal milestones are being checked off, your value is living a life you enjoy. Live through as many years granted to you, find a spec of beauty even in the harshest moments and keep your ‘biological clock is ticking’ shades close to block out the societal norms of life’s milestones haters(I think that is what the hip kids are saying these days) in check.
Visiting the Grand Canyon in my mid 20’s gave me the perspective I needed. This place of vast beauty that seems endless, but if traveled, you find the end and there are sights to last the whole way through. That’s what life became to me- travel that ultimately will have an end and it is my choice as to what I see and keep as my own personal milestones along this Grand Canyon of years.