I never would have guessed that this worked.

It is pretty easy.

Here are the steps:

1. Layer a heavy coat of Benzoyl Peroxide 10% on the ‘stain’ (That’s the zit cream – like Oxy. We used the generic kind.) 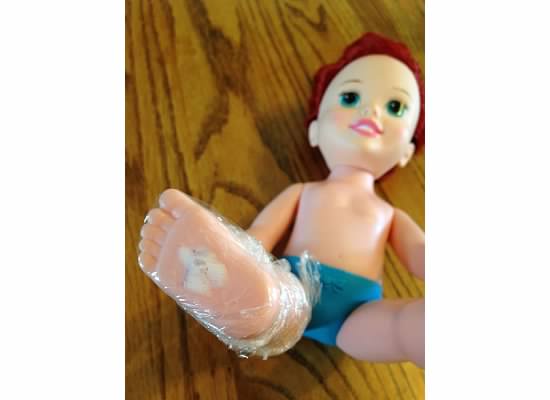 2. Wrap in plastic wrap. This is to keep it from drying out.

3. Set it in the sun. It takes several hours. Ours actually took several applications/days. You’ll want to wrap the rest of the doll so there isn’t any sun bleaching on her hair or makeup.

*The Benzoyl Peroxide will bleach the marker (and any make up on the doll) but not the skin. This is because the doll’s skin isn’t paint. 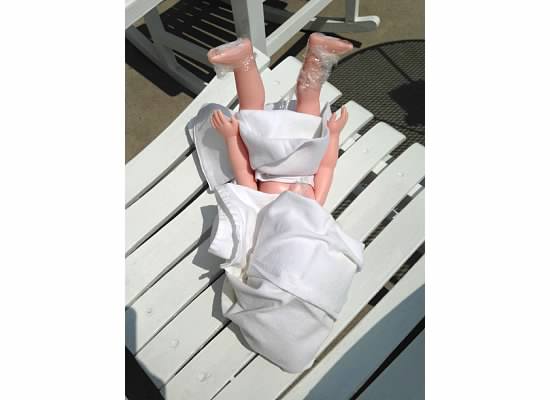 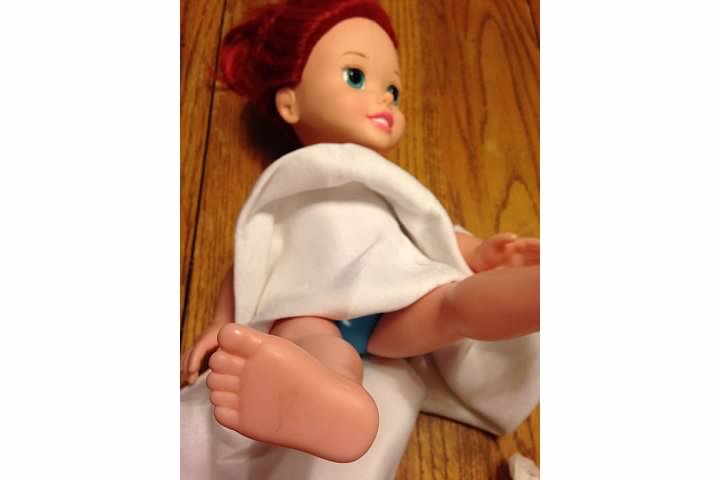 There’s  just a slight trace left in this photo. Once more in the sun and it’ll be gone!!

For another great ‘DIY Doll Repair’ – check out “Dolly Hair” 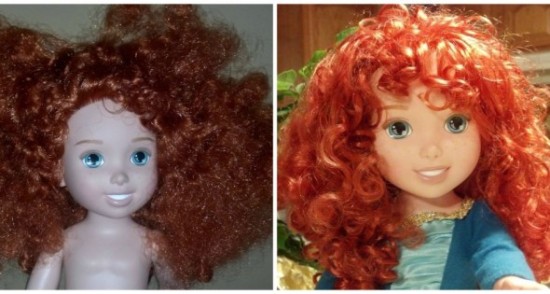