My daughter, Selah, and I are sitting on the couch watching The Nutcracker—the 1993 version of the ballet, starring Macaulay Culkin (sans aftershave). Well, she’s watching, and I’m reading a book. Selah loves all things ballet—the dresses, the twirling, the shoes tied up with satin ribbons.

Selah, without taking her eyes off the TV, asks me, “I do that someday?”

Snowflakes begin to fall on the dancers. I hear her little voice squeak again, “I dance in the snow someday?”

“Of course. Someday, when you take dance class.”

This whole someday thing is a creature of my own making. Several months ago when my husband and I were secretly planning a Disney World trip, I decided to plant the idea of Disney World in Selah’s head so she’d appreciate it on some level when we were actually there.

RELATED: Will You Make Room For Me, Mom?

We watched classic Disney movies together—Cinderella and Beauty and the Beast and Peter Pan—as well as newer episodes of Mickey Mouse Clubhouse thrown in for good measure. I told Selah that Minnie and Mickey, Daisy, and all the princesses live at the castle you see at the beginning of each Disney movie, and I showed her photos of the castle and the characters on Instagram to confirm this.

“Would you like to visit Minnie Mouse and Cinderella at the castle someday?”

“Yes!” she’d shout in response, delighted at the idea.

“Someday when I bigger?”

“Yep! There are all kinds of things you can do someday when you’re bigger. You can go to school and ride a bike by yourself and do cartwheels.”

Since then, everything has been someday. Almost as frequently as she asks why she asks, “I do that someday?”

And no matter how unlikely or even impossible her someday requests are, I tell her, “Sure, someday.”

Partly because I don’t want to explain that it’s not really possible to meet the von Trapp family, and partly because I’m banking on the fact she won’t remember all these somedays she’s filing away.

But the thing is, my daughter is a steel trap with information. If I say she can wear her Cinderella dress after she finishes eating, the second she’s done she asks me to put it on her. If I say I’ll play Magna-Tiles with her when I’m done reading this page, she’ll ask me five times before I finish, “All done yet?” If I tell her at night that I bought coffee cake for the morning, she’ll wake up asking for the coffee cake. She forgets nothing.

Because of the fact that her big someday happened—perhaps sooner than she expected—when we took her to Disney World, I can’t help but wonder if she actually is filing all these somedays away, ready to demand that I make good on my promises.

RELATED: Dear Husband, Do You Remember When All This Was Just a Dream?

But perhaps what’s most surprising about her attitude toward someday is how content she is with the open-ended possibility of all that might happen in her life, of all she might do when she’s bigger. When I tell her she can dance in the snow someday, she doesn’t demand to know when and where and how. She doesn’t require a step-by-step plan for how we’ll make it happen and who will be there to witness it.

She is content with the magical possibilities of someday, and I realize through her that I am, too.

This won’t be the year when my husband and I get to travel abroad solo. Someday, we will.

This won’t be the year I get unbroken sleep and feel rested more often than I feel exhausted. Someday, I will.

This won’t be the year I have long stretches of uninterrupted time to write and create and read. Someday, I will.

RELATED: Dear Husband, I Love Living this Ordinary Life With You

This won’t be the year my body is pain-free and my clothes fit how I want them to and my house stays clean for longer than five minutes. Someday, someday, someday. (Well, maybe.)

I’m increasingly OK with the prospect of someday because I realize the life I’m living now was once a someday I desperately hoped for.

Someday, I’ll be married to a good man.

Someday, I’ll be able to buy a house and turn it into a home.

Someday, I’ll experience the wonder of being pregnant.

Someday, I’ll laugh so hard at the things my kids do that I’ll spit out my coffee.

There are plenty of other somedays that never came to fruition for me—some that are better off that way, and some that are still deeply painful. But this is what I know for sure: even if all the somedays I have in my heart never become reality, other good and beautiful and unexpected things will materialize.

And those things just might turn into my “I never dreamed that someday” stories.

Brittany L. Bergman is an author who is passionate about telling stories that provide refreshment, connection, and encouragement to mothers who don’t want to lose sight of their identity. She lives in the suburbs of Chicago with her husband and their two children. Her first book, Expecting Wonder, is about the spiritual transformation of becoming a mother. You can find her on Instagram and Facebook.

Dear special needs mama, It was a rare occasion that I was able to skip out of the house and go shopping without my children. Even without children in tow, mothers always see other mothers. We see your struggles, your successes, and your strife.  I saw you keep your cool while your overly stimulated son had a meltdown throughout the store.  I saw the look on your face through your mask and in your eyes—you were tired. Tired of his wails, tired of the looks from others, and tired from the hard work you’re required to do daily without any... 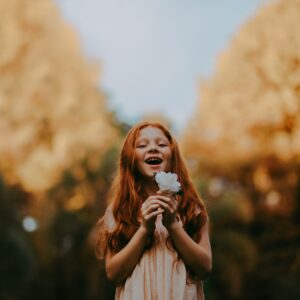 What if Your Mom Guilt Is a Lie? 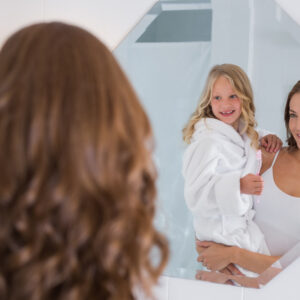 I Am Beautiful and I Am Enough 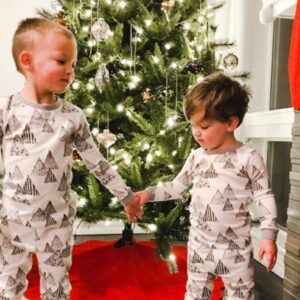 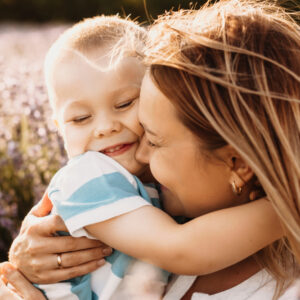 He Used To Call Me Mommy, Now Suddenly I’m Mom 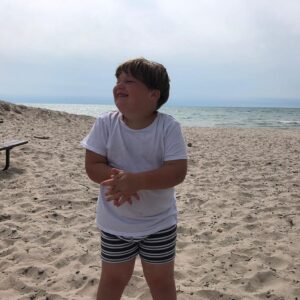 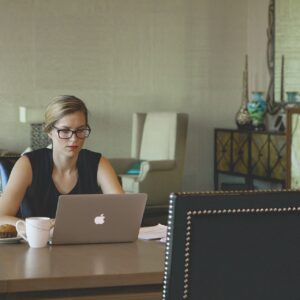 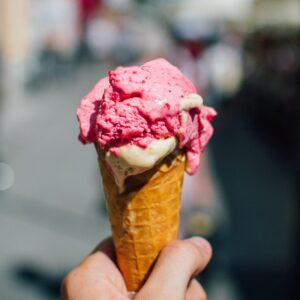 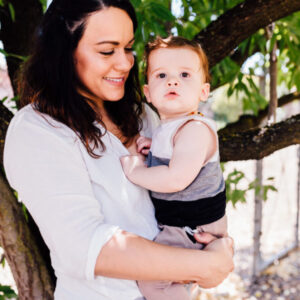