On a recent Saturday, my 5-year-old did something miraculous. He woke up, got out of bed, picked out his clothes, opened the baby gate at the top of the stairs, carefully closed the gate behind himself to ensure his little brother’s safety, walked downstairs, curled up on the couch with a blanket, and turned on the TV to watch Netflix. All by himself. Tada!

Well, I am, because I compare the little boy independently executing this list of simple tasks with the helpless baby who drove me to count the hours until bedtime not so many years ago. When he was an infant, it would be 9 a.m. on a Saturday as we played on the floor of his room, and I’d count to see how many hours were left until he would go to bed that night.

He wasn’t a difficult baby. Most of the time, he was the opposite: happy, good eater, great sleeper (I know . . . please don’t hate me).

And as every parenting book will tell you: babies do awesome stuff! They smile at you. They coo and laugh. They learn to pick things up. They roll over. They army crawl, they scoot, and eventually they crawl. They learn to make sounds that one day become actual words. They begin to eat real food.

And I did find all these milestones truly fascinating. So what was my deal? Why all the clock checks?

While the transformation from the day a baby is born until their first birthday is utterly amazing, taking care of a baby every day can be profoundly boring. Between all the milestones and “did you see that?!” moments are a LOT of uneventful hours.

Hours spent talking to someone who can’t talk back.

Reading the same books over and over again with exaggerated inflection, forced enthusiasm, and feigned surprise, “Yay, the Little Blue Truck got out of the mud! . . . Again.”

So many diaper changes and loads of laundry (the worst being when the first necessitates the second).

Miles walked aimlessly around the neighborhood just to get outside or paced endlessly through the house at 2 a.m. while trying to convince a wide-eyed infant that they are in fact sleepy.

Gallons and gallons of formula mixed, and tray after tray of baby food made (for the first kid at least; my second got store-bought . . . sorry, little one).

Packing and unpacking so many things into the diaper bag so many times, knowing that on most trips, you’ll only need 10% of what you bring, but just in case, you’ve got to bring it all.

Countless times answering, “How’s the baby?” with a tired smile and an underwhelming update. “Great. He slept for three hours straight last night.”

Between the amazing moments, it’s boring, monotonous, and exhausting. And it’s constant.

That was the part that got to me–the way they need you all. the. time.

During those early days, time often felt like it was moving at half speed. Five hours until bedtime (or 12?!) felt like an eternity of meeting someone else’s needs and consequently neglecting so many of my own. And when it finally arrived, bedtime brought me a strong sense of relief each night. Another day with a baby was over. Another day of being needed 100% of the time was behind me.

Today, my boys are three and five. They still require a ton of time, attention, and effort. I’m still very happy to see my pillow each night, but I’ve stopped counting the hours until I get there. The days go by a little more quickly and are a little more fun. Each year, the you can’t take your eyes off them for a second feeling seems to fade a bit more.

So if you’re a baby mom and you find yourself counting the hours until bedtime, know that one day you won’t. Eventually, the days won’t be so boring or last so long.

They will talk back (though some days you’ll wish they wouldn’t).

One day they will read to you, and you’ll be SO proud and realize all those dramatic performances of Little Blue Truck were absolutely worth it.

The diapers will go away; the laundry, sadly, will not.

Instead of aimless walks around the neighborhood, you’ll watch them ride their bike along the same streets, and at 2 a.m., you’ll both be fast asleep.

Food will still need to be made, but everyone will eat the same meal (even if that means a lot of chicken nuggets and macaroni and cheese).

You’ll donate the diaper bag, either gleefully or with a bit of a misty eye.

And you’ll have more interesting answers when people ask how the kids are doing because 5-year-olds say hilarious things.

RELATED: Right Now I Do Everything While Holding a Baby

On that recent Saturday, after I heard my son get out of bed and go downstairs by himself, I gave him about five minutes and then went down to join him on the couch. “You came down all by yourself, huh?” I said.

He nodded his head with a bit of a sheepish look, “I brought my clothes down and I put my show on.”

“And you were careful on the stairs and made sure to close the gate,” I confirmed. He nodded again.

“Good job, buddy. I’m proud of you for doing all that by yourself.”

He smiled and turned his attention back to the TV.

He watched his show and I scrolled on my phone a bit before getting up to make some coffee.

Then I went through the whole day without counting the hours once.

Megan Ruzomberka is the mother of two amazing and exhausting boys, ages three and five. When she's not working or chasing her boys around, Megan enjoys reading, writing, running, lifting weights, and acting as a consultant for her husband as he tackles the never-ending list of projects to be done around their 150-year-old house in Connecticut. Her writing has appeared on Scary Mommy, Her View From Home, and Motherly. 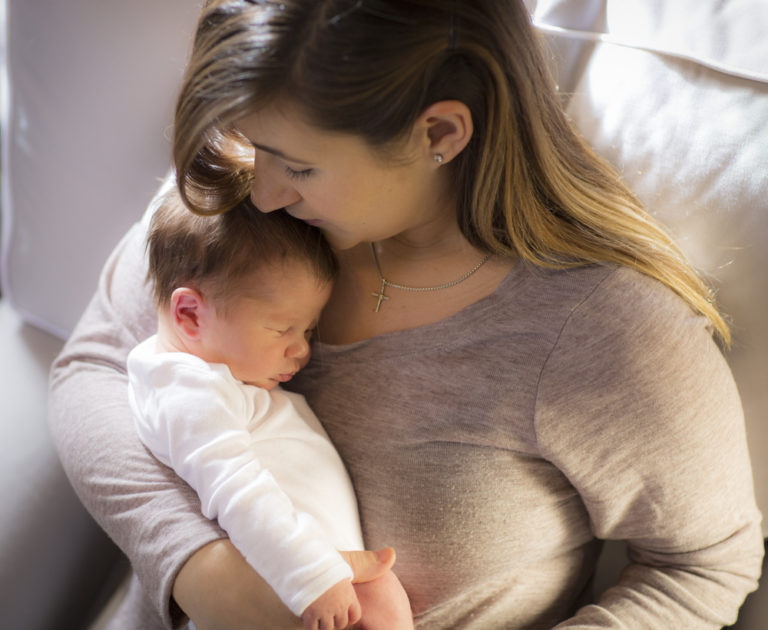 It’s the middle of the night and the baby is awake again. AGAIN. It’s the third (maybe fourth?) time tonight (this morning?). I can’t think properly through the fog of exhaustion, so there’s really no way to be sure. I’ve read all the articles out there about snuggling my baby close in these wee hours, treasuring the moments they keep saying (and I already know) go by so fast. I’ve seen the grainy, dimly-lit snapshots of mothers rocking babies against their beating hearts, blissful in the stillness of an otherwise sleeping house. Full disclosure: I’ve both written and taken my...

Dear Exhausted Mom, This Too Shall Pass 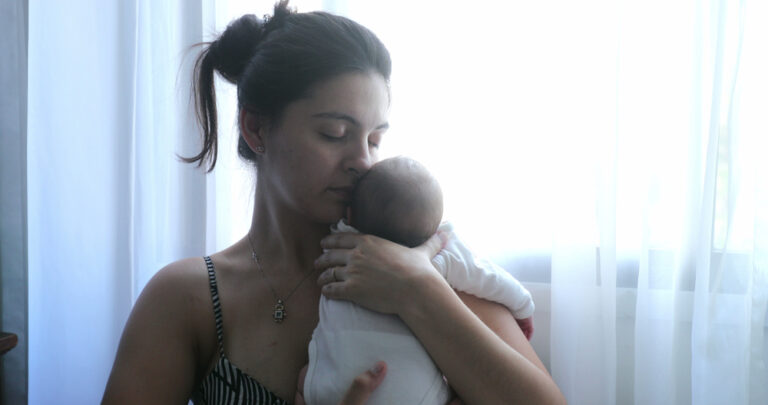 Those first few weeks of motherhood . . .  Bleeding. Exhausted. Scared. Crying. (And that’s just me. I’m sure it’s an adjustment for the baby, too.) And the pain—everywhere. Like, oh. My. Word. My nipples. (Do I still have nipples? Maybe I just wish I didn’t have nipples?) “This too shall pass,” my mom and my sister tell me. “It gets better.” And they’re right. It does. RELATED: New Parents of Newborns: It Gets Easier I settle into a routine with my baby—the fear is perhaps the first thing to start to subside. I can go a few more minutes without checking on his breathing. I get...

The Bedtime Hoops: 4 Important Questions To Ask Your Kids Every Night 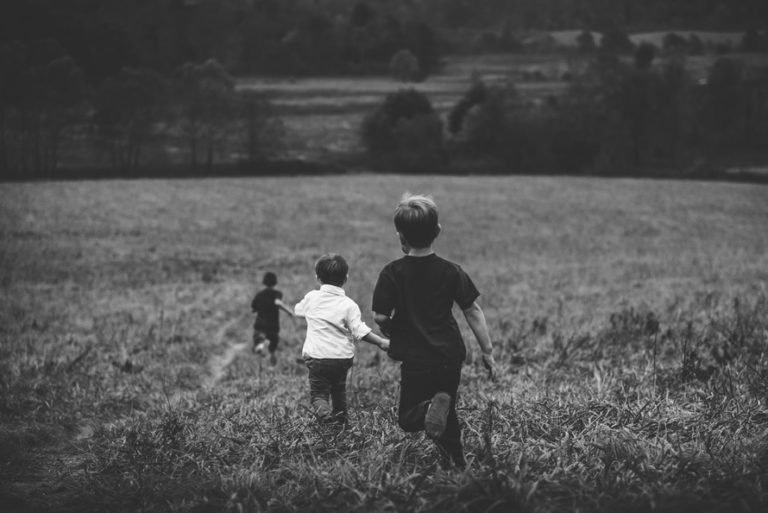 I love my kids, but by bedtime, I’m just exhausted. At 8 p.m., my patience shuts off. It’s like I have some sort of glitch in my mommy code, or maybe I just missed the patience upgrade with each kid or something?  So when I have to jump through so many drinks-of-water hoops, tickle hoops, tuck-in hoops, bedtime-song hoops, pee-pee hoops, and brush-your-freaking-teeth-already hoops, I feel that if they don’t get away from me as soon as possible, I’m going to jump through the I’ve-lost-my-mind hoop and escape into a dimension where only brownies, beaches, and books exist. RELATED: But... 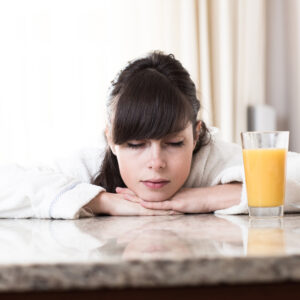 What a Mom is Really Thinking 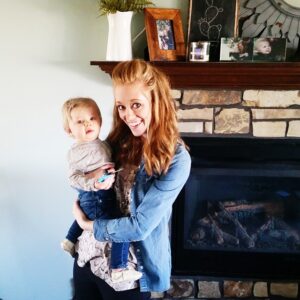 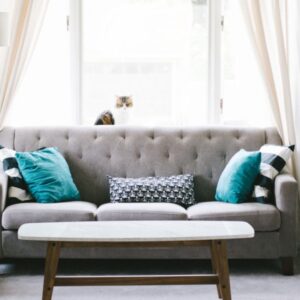 I Keep a Clean House. Can We Still Be Friends? 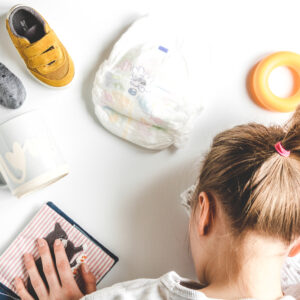 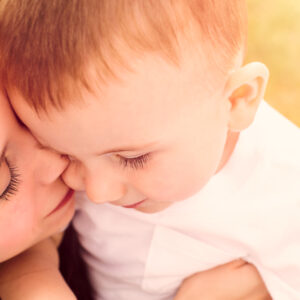 Today, I’m Soaking in the Littleness of You 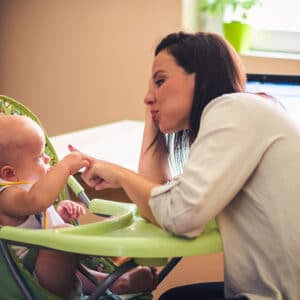 This is the Sacrifice of Motherhood 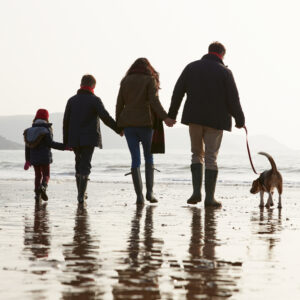 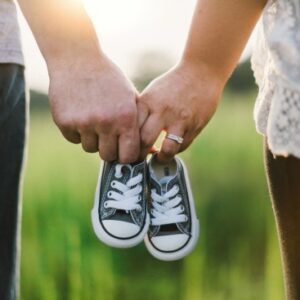 I Want to Have Another Baby, BUT…